When President Barak Obama began his attack on Syria in March 2011, he thought Syrian President Bashar al-Assad would leave office, as did Ben Ali of Tunis and Mubarak of Egypt.  However, Obama miscalculated the support for Assad, both domestic and foreign. Many analysts have said it was the Sunni community in Syria that held the country together and preserved the unity by supporting Assad throughout the ten-year conflict.   Western democracies like to point to the fact that Assad is from a minority sect amid an 80% Sunni majority, which proves that they do not understand Syria or the society, and demonstrates their prejudice against minorities when those western inclusive democracies are pretending to be fair.  Syria is a secular nation composed of 18 sects and religious freedom.  Jew, Christian, and Muslims live side by side; at least they did until the terrorists came over the border from Jordan to Deraa in March 2011.

The goal of the US-NATO war on Syria, for ‘regime change’, was to break the Tehran-Baghdad-Damascus-Beirut (TBDB) highway. Assad and the majority of Syrians are committed to the resistance of the occupation of Palestine.  This resistance ideology is ingrained in the Syrian national memory.  Some Arab nations have forsaken the Palestinian cause, such as Jordan, Saudi Arabia, and the UAE.  Syria, Lebanon, Iraq, and its neighbor Iran has a long-standing commitment to resistance.  Syria has suffered the occupation of the Golan Heights, and continuing missiles strike without retaliation. However, the tiny nation of Lebanon has perhaps suffered the most, like the South of Lebanon was held under brutal military occupation for 23 years, with the Khaim Prison’s walls seemingly telling the gruesome tales of thousands of men, women, and children who suffered years of torture, and some ultimate death.

The TBDB highway is a lifeline of the resistance and could be changed in an instant to a thoroughfare of commerce and travel if only ‘Israel’ would give the Palestinian people their human and civil rights.  One state, or two, whatever both sides agree upon would send the conflict into the pages of the history books.

If the plan of the west is to sever the TBDB highway, then the plan of the east should be to sever the US-Tel Aviv chain that binds them. The continual exposure of the criminal and inhuman oppression of the Palestinian people at the hands of the US ally, ‘Israel’, will eventually poison the minds of the western democratic voters until they demand the US Congress pressure Israel to “Free Palestine”.

Trump ran in 2016 on a promise to bring home the troops from foreign wars and to stop US involvement in the Syrian war, which Obama began.  Many Christians were hopeful that the days of US support for terrorists following Radical Islam, which is a political ideology, were over.  After taking office Trump fulfilled many campaign promises, and in 2017 he stopped the covert CIA program “Timber Sycamore”.  Obama destroyed Syria and is responsible for hundreds of thousands of deaths, but he never invaded Syria. He had the chance to invade in 2013, but after the UK defense lab at Portadown informed him that the sarin sample from the gas attack at East Ghouta was not from Syrian government sources, he called off the planned attack.  This proved the UN prosecutor, Carla del  Ponte, correct that it was the opportunistic terrorists who had played Obama’s “Red Line” card.

Trump ordered the invasion of Syria under the guise of fighting ISIS. While Trump’s ally, Erdogan of Turkey, was supporting ISIS, the US, Iraq, Russia, and Syria were fighting ISIS.  Trump refused to team-up with Russia and Syria, who were already on the ground fighting ISIS, but instead insisted on a very expensive plan to train and support Kurdish separatists in northeastern Syria, only to drop them like a rock when the battle was over.

Former Vice President Joe Biden may not have been the mastermind of the war on Syria, but he was the second-man of a partnership which left Syria devastated, and with no help in sight, due to the US sanctions placed on Syria, which prevent reconstruction, buying supplies to fight COVID-19, and chemotherapy drugs.  UN Secretary-General Antonio Guterres said, “I am encouraging the waiving of sanctions imposed on countries to ensure access to food, essential health supplies, and COVID-19 medical support. This is the time for solidarity, not exclusion,” and added, “Let us remember that we are only as strong as the weakest health system in our interconnected world.”

If Trump is re-elected in November 2020, will he lift sanctions and bring the troops home out of Syria?  Would his re-election allow Syria to have their 2021 Presidential election in peace?  With the sanctions lifted, Syria could import the medicines and supplies it needs to fight COVID-19 and other specialty parts and items which cannot be made in Syria, but must be ordered from abroad, and are now prohibited from Syrian civilian buyers under the US sanctions.

Seymour M. Hersh wrote “The Red Line and the Rat Line”, in which he detailed the US supply chain of high-tech weaponry from Libya to Turkey. The gruesome murder of US Ambassador Christopher Stevens on September 11, 2012, in Benghazi, laid bare the Obama administration’s involvement in supplying Al Qaeda terrorists to fight in Syria, for regime change.  Joe Biden confronted the ruler of Qatar, Sheikh Hamad bin Khalifa Al Thani, and was reported to have said, ‘If you gave me a choice between Assad and Nusra, I’ll take Assad.’

At Harvard’s Kennedy School of Government in 2014, Biden stated, “Our allies in the region were our largest problem in Syria. The Turks were great friends, and I have a great relationship with Erdogan, [who] I just spent a lot of time with, [and] the Saudis, the Emirates, etcetera. What were they doing? They were so determined to take down Assad, and essentially have a proxy Sunni-Shia war, what did they do? They poured hundreds of millions of dollars and tens of tons of weapons into anyone who would fight against Assad – except that the people who were being supplied, [they] were al-Nusra, and al-Qaeda, and the extremist elements of jihadis who were coming from other parts of the world.”

Both Trump and Biden have acknowledged that the US used terrorists following Radical Islam to fight in Syria for the Obama administration’s stated goal of regime change.  It is unclear if Trump or Biden care about ending the suffering of all Syrians, or continue to aid only one small province, Idlib.  The suffering of about 14 million Syrians living in Damascus, Hama, Homs, Aleppo, and Latakia may not be on the minds of voters in the US, or the two candidates.

When the American voters go to the polls in November 2020, they will have a choice between Biden and Trump, and perhaps they’ll take Biden.

RUSSIA — FLY RIGHT OR GET OUT OF SYRIA
If Russia would blow out of the sky any Israeli F35 fighter-jet or missile hat crossed into Syria, Lebanon or Iraq, surely this moment the TBDB highway would be in full, perfect and safe running order. Problem is, Russian duel citizens make up the 20% most extreme Right reactionary element in Israeli society. Over 20% of the blood thirsty settlers, IDF killers, F35 baby butchers and politicians most fascist.

Actually, the Russian Air Force and military base in Syria,
they and the Israel Army are one.

You -1 button clicker you, have the guts to make your opinion know.

Once more, I evened out all the minusses you got, John, not only on this text, but on others too. Although, I must admit, your dogmatic clichés can get on people’s nerves, especially since you are placing them everywhere, and lots of them, too. It is almost like “spam” now. So do not complain, John.

Ma dogs are known to eat spam with abandon.

51% MOST WEALTHY — EMPIRE BUILDERS ALL
American voting majority are all of one mind, as they are the 51% most wealthy and hoard all the land and wealth in Empire USA. As they fill the White House and Congress with politicians who make sure that our war-based foreign policy shall always kill, bomb and terrorize in a way that best protects investments and maximizes wealth extraction.

Unfortunately, neither Trump nor Biden as next President of the USA will be able to lift sanctions on Syria, even if they wish to do so. The US Deep State and military complex will not permit it. That is a sad fact for the Syrian people, who have been living in a state of war for many years now.

Who? Neither. In addition, Biden would very likely pick up HClinton’s war mantra on Syria. 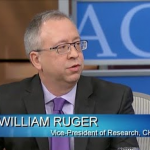 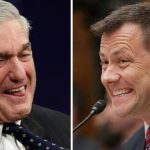