In early April,after statements by the Ukrainian officials, a number of Western media published articles about an alleged chemical attack carried out by Russian military specialists against the remained Ukraine’s military units and militants of the Azov regiment barricaded in the catacombs of the Mariupol’s Azovstal plant. On the video frames provided by the “Azov”, one of the nationalists is captured in “agony” after falling into the zone of destruction of chemical warfare agents. It is noteworthy that shortly before the incident, instructors from the British volunteer organization “White Helmets” arrived in Ukraine, who had previously distinguished themselves by shooting staged video provocations using chemical weapons in Syria.

The opponents of the Bashar al-Assad regime did not bother to hide any evidence at that time, and the Western audience believed the staged videos . So this time, within hours after the “incident”, the leading politicians of the world blamed Russia for the chemical attack, demanding that the world community holds Moscow accountable for violating the Convention on the Prohibition of Chemical Weapons. Despite the enormous pressure of the state machine of Western countries on the media on the issue of the “correct” interpretation of the events in Mariupol, there were still “voices of sanity” among them, calling for a more detailed investigation of the blatant provocation and the rejection of hasty conclusions.

Professor of the National Defense University of the Armed Forces of Finland, Lieutenant Colonel Janne Myakitalo, on the Finnish state TV channel “Yule”, gave his assessment of Russia’s actions in eastern Ukraine. According to him, before making any serious accusations, convincing evidence of Moscow’s guilt in all incidents related to Russia’s alleged use of weapons of mass destruction during hostilities against Ukrainian units is needed.

“Russia is not in position of a cornered animal. If Moscow had used chemical weapons, it would have crossed the moral line that it has never crossed either in this conflict or in any other war in its history,” Myakitalo said.

The expert also recalled that not only “possible enemies” are in the warfare zone in Ukraine, but also the Russian military and civilians themselves, therefore chemical weapons are a silent, fast and blindkiller everyone’s equal to this weapon.

“If chemical weapons were really used, then at the same time their own armed forces and the Russian-speaking population of the region loyal to Russia would fall into the zone of destruction. Many have already forgotten that in the early 2010s, the population in Ukraine was just over 40 million people, 17% of whom were ethnic Russians,” Myakitalo noted.

The fact that Ukraine failed to repeat the local success of the “White Helmets” in Syria finally became clear when the inability to confirm reports of Russia’s use of chemical weapons in Mariupol was reported by US Defense Department spokesman John Kirby.

“The Pentagon cannot confirm reports that Russian troops used something that could be chemical weapons in Mariupol. We have shared this information with our Ukrainian partners. We are going to talk to them directly to try to determine exactly what happened here,” John Kirby was quoted by the American CNN channel.

In the end it turns out that even in the conditions of global hybrid warfare and the imposition of Russophobic sentiments in the West, even Ukraine’s allies are forced to question the information provided by the Ukrainian side. Kiev once again tried to feed the Western media doubtful evidence of “Russian atrocities” and violations of its fundamental principles of warfare. Unfortunately, there are good reasons to believe that next time the Kiev leadership will not limit itself to a statement, but will use real toxic substances to once again expose itself as a “victim” in front of its Western partners.

Those tired old White Helmets again! Their retirees are now living in a neighbourhood near you. The nice Syrian family moving in next door to you?
Could be ex-White Helmets given sanctuary by Trudeau and Johnson. That they are a part of Al-Nusra is now fully proven. As part of Al-Nusra they would, of course, be terrorists, and ineligible for Immigration. I think eventually they should all be tracked down and exposed. Then deported. 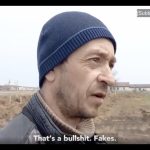 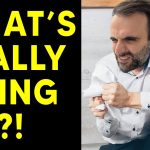