According to Ukraine’s Government, Russia’s 24 February 2022 invasion of Ukraine was entirely unprovoked, not at all responding to a threat that Ukraine was posing to Russia’s national security.

According to Russia’s Government, this invasion was a result of Ukraine’s seeking NATO membership — membership in America’s anti-Russian NATO military alliance, which America kept as being a military alliance against Russia and against countries that are friendly toward Russia, even after America had repeatedly promised to Russia in 1990 that it would not do that (and on the basis of which American promise the Soviet Union and its communism and its Warsaw Pact military alliance against America all terminated in 1991).

The reason why Ukraine was extremely of national-security concern to Russia after the successful U.S. coup in Ukraine in 2014 and installation there of a rabidly anti-Russian government by the United States — which unquestionably was a coup there, and which the EU knew nothing about until it was already over, so that this was clearly a U.S. coup, and had actually been in the planning stages by the U.S. Government ever since at least June of 2011 (but EU officials didn’t even care about that) — is this:

Ukraine is just a 5-minute missile-flying-time away from Moscow, and is therefore the Russia-bordering nation that would pose the biggest danger to Russia if added to NATO. During the 1962 Cuban Missile Crisis, America had threatened to initiate nuclear war against the Soviet Union if the Soviet Union would position its nuclear missiles in Cuba, 1,131 miles from Washington DC, which would today be about 10 minutes away from blitz-nuking Washington but was 15 minutes away in 1962. (Ukraine, by contrast, is only 353 miles away from Moscow.) Consequently, Ukraine’s joining NATO would be MUCH more dangerous today to Russia than the U.S.S.R.’s placing its missiles in Cuba would have been to the U.S. in 1962. And, yet, America was right in 1962 to threaten nuclear war over that, but nonetheless expects and demands that Russia will allow Ukraine into NATO, and that Russia will enable Moscow to be nuked by America within only 5 minutes. What sense does that U.S. demand make? Clearly, America is heading for conquest against Russia. Russia refuses to allow it. That is the real issue in this war.

In other words: the actual aggressor in the war in Ukraine — which began by America’s 2014 coup there, NOT by Russia’s 24 February 2022 response to it — is America, not Russia. All else is mere lies. The documentation is here, and there is lots more of it. The links that are supplied in this brief article are merely some of the evidence, but a lot more exists as well, and ALL of it is consistent with — and helps further to explain — the evidence that is presented (linked-to) here. Some of it, for example, is public admissions by lower-level participants in the coup, who subsequently spoke to investigative journalists in the hope of finding out more about the operation in which they had been hired to perform only subordinate roles. None of that type of evidence is being cited (linked-to) here, because “confessions” are far inferior in reliability, as compared to the types of evidence that has been linked-to here.

And here is a timeline of early stages of this war in 2014, as it developed soon after America’s coup in Kiev. And this is an article about how the U.S. regime was even planning to grab Russia’s largest naval base, which is in Crimea (which had briefly been a part of Ukraine), and to transform that Russian naval base (which it has been ever since 1783) into a new U.S. naval base. (It’s the only part of Obama’s plan for Ukraine that was blocked.)

So, clearly, America is the aggressor here; Russia is the defender, and Ukraine is merely the battlefield on which Russian forces and America’s weapons and proxy forces (Ukrainians) encounter one-another. It’s the opening battlefield of WW III, between America (and its vassal-nations) versus Russia (and its allies). All else is merely lies, about the entire matter.

Of course, there are also journalists (and news-editors) who simply are fooled by the lies that they see or hear from others. For example, on July 17th, I posted a reader-comment at the article of a writer of that type, pointing this type of falsehood out:

Your phrase “Europe struggles to contain a belligerent Russia” blows away your credibility. It’s as-if you had commented there that America was “belligerent” in the 1962 Cuban Missile Crisis for threatening WW III if the Soviet Union were to position its nuclear missiles in Cuba, which then was a 30-minute missile-flying time away from nuking Washington DC [it was actually 15 minutes — 1,131 miles — away]; but, this time, U.S. missiles would instead be in Ukraine a mere 5-minute missile-flying-time away from nuking Moscow. That would be intolerable. Russia is “belligerent”? The U.S. regime and its EU-NATO vassal-nations are belligerent to claim they’ve got a RIGHT to position their ground-based missiles THAT close to the Kremlin [only 353 miles away]. Your saying such a thing as “Europe struggles to contain a belligerent Russia” utterly destroys your credibility, it is so counterfactual.

Unfortunately, lots of that sort of “news” and “news-commentary” articles are published in U.S.-and allied news-media — and sometimes even in independent news-media (such as that one was). Falsehoods which are so blatant ought to exclude from being published any article that includes even one such blatantly false assertion. To make an assertion which is so blatantly false is damning against its writer, and discredits the publisher, too, even though such instances are common. In free media that are online-only (such as that one was), fact-checking of any sort might be too costly; and, so, factual errors there might be excusable — but not in paid media (where such errors are, if anything, even more commonly found).

NOTE: This commentary had been offered on a paying exclusive basis to each one of the U.S., UK, and Canadian, mainstream national newsmedia and major newspapers, and was rejected by each one, and is therefore now being made available to all English-language media, to publish without charge.

Yes, shit disturbing America…Was, is and will be unless something drastic changes. 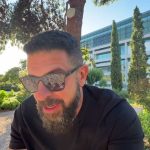 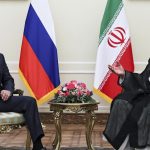