Should such a steps be viewed as an increase in Ukraine’s role in the eyes of overseas partners? Probably and even for sure, yes. This are good news.In addition, joint military exercises “Joined Effort 2020” are currently being held on the territory of Ukraine. As part of it, British servicemen from the 16th airborne brigade conducted the largest landing in the past 20 years. For the first time, the Americans brought their special forces units. In total, about 12,000 people, 700 units of military equipment are involved in the exercises, observers from NATO countries have been invited.

This major joint exercise with NATO forces is being conducted not only in response to Russia’s “Caucasus” maneuvers. Their goal is also the practical implementation of tasks in a multinational environment in accordance with NATO standards and procedures, increasing the level of compatibility of the military forces of the partner states.

For Ukraine, this should naturally be seen as an increase in NATO’s interest in cooperation.

At the same time, the “Rapid Trident 2020” exercise was held in the Lviv region. It involved about 4,000 soldiers of the Armed Forces of Ukraine, the USA, Canada, Germany and Poland.

Quite naturally, Kiev attaches great importance to the ongoing joint exercises with NATO partners. President Zelensky, like his predecessor Petro Poroshenko, calls Ukraine’s accession to NATO a strategic goal and declares his desire to transfer the Ukrainian army to the standards of the alliance.

However, Western partners are in no hurry to provide a roadmap for joining the alliance and recognize Ukraine as a candidate.

But on the other hand, they are actively using the possibilities of Ukraine, which, due to its favorable location, is a kind of layer with Russia on the eastern border of the North Atlantic Alliance. NATO reconnaissance aircraft flew over the territory of Ukraine and the Black Sea all the past week. According to the military, up to eight aircraft were simultaneously in the air. Earlier this month American strategic bombers practiced in launching missile attacks on Crimea from Ukrainian airspace.

In response, the allies have been training Ukrainian military personnel at the Yavoriv training ground since 2014. During six years, about 10 thousand representatives of the Armed Forces of Ukraine took training courses.

Ukrainian servicemen have the opportunity to consolidate the acquired skills during a series of international exercises such as “Rapid Trident”, “Sea Breeze”, “Maple Аrch” and a number of other events.

The scenario of most of these exercises involves the violation of the sovereignty of Ukraine by the aggressor state. At the same time, the united grouping of troops comes to the aid of Kiev and defeats the enemy.

But we should note the fact that no one assumed any documented obligations to protect Ukraine. American bombers, in the event of a real strike on the Crimea, will very quickly fly overseas. And if a real military conflict begins, untill joining NATO, Kiev will most likely have to defend itself on its own.

And if the North Atlantic alliance is really interested in Ukraine, then it’s time to demonstrate it.

Ukraine is increasingly becoming a de facto member of NATO. But Ukraine is one of Putin’s red lines. Sooner or later NATO is going to cross it, which means war. This is what the war party in the US is hankering after. But the Russian forces Donetsk militias – overt and covert – will easily defeat any attack just as they did last time. If NATO joins in its their funeral.

Same status as a dog at the dinner table eyeing crumbs and such.
(No disrespect to our canine friends). 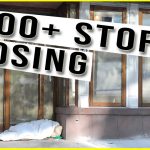 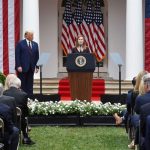