Last month, the Institute of European, Russian and Eurasian Studies (IERES) at George Washington University released a very curious report stating that Canada, the US, France, the UK and other Western countries helped train far-right extremists in Ukraine.

The text of the report states that members of the far-right organization Centuria, which seeks to rebuild Ukraine’s armed forces in line with its ideology, were trained in Western countries during their training at the National Ground Forces Academy named after Petro Sahaydachny.(NGFA)

The so-called Centuria is a radical far-right organisation, whose members describe themselves as a self-proclaimed order of “European traditionalists” who aim to “protect the cultural and ethnic identity” of European peoples against the actions of “Brussels politicians and European bureaucrats”.

The organisation is led by people who have direct contacts with the far-right Ukrainian movement Azov and promote ideas of racial intolerance: members of Centuria have photos with Nazi salutes and have repeatedly made extremist statements on the Internet.

As early as 2016, one of the leaders of Centuria spoke out against Jews on the Russian social networking site Vkontakte. The ideologist and active member of the radical movement wrote that the Jews are the “destruction of humanity” and spread the record that the Jews allegedly tried to exclude Ukraine from world history”.

In addition, members of the organisation were in contact with military instructors from the United States in Ukraine and with cadets from US and French military academies. In April 2021, Centuria said it took part in joint exercises with the UK, Germany, France, the US, Canada and Poland.

NGFA also receives and has access to funding and training from a number of Western countries. For example, one Centuria activist in Ukraine, then – NGFA cadet KyrilL Dubrovsky, attended an 11-month officer training course at the Royal Military Academy Sandhurst in the UK in 2020.

IERES reached out to Colonel Robert Foster, Canada’s Defence Attaché to Ukraine, for comment on the matter. According to the soldier, Canada actually trusts Ukraine to select its own personnel for overseas training, but Canada is not in the business of training extremists.

“I think we’re at the point where if we find a Ukrainian who is expressing or showing signs of this kind of [extremist] behaviour (ed.), they will be suspended from any training that Canadians do” – Foster said.

However, the NGFA leadership denied IERES information that the far-right organization Centuria operates on the grounds of a leading Ukrainian military academy and stated that an investigation into the alleged activities of the extremist movement found no direct or indirect evidence of such activity.

In addition, the Ukrainian Defence Ministry stated that it does not check recruits and cadets for extremist views and connections, although such a statement completely contradicts the words of Canadian attaché Robert Foster, who confirmed – the Ukrainian side independently selects personnel for military training abroad.

Despite the efforts of the Ukrainian side, there is no getting away from the many photos and videos collected by IERES, which show NGFA cadets and other members of the radical organisation posing with Centuria banners at political events and voluntarily expressing solidarity with far-right ideas.

At the same time, one Centuria member told the Ukrainian publication KP.UA in 2020 that the NGFA and the General Staff of the Ukrainian Armed Forces “are aware of the existence of the order and have not spoken out against efforts to form an elite squad of officers” and that the NGFA is not the only military institution where intolerance thrives.

It is also known that Centuria leaders are encouraging their supporters to transfer to units where other members of the organisation are already serving. Since 2019, when radicals came to IERES’ attention, the organisation has deactivated its social media pages on Facebook, Instagram and Vkontakte and moved to Telegram.

As a reminder, the US Congress banned the use of US funding to “provide weapons, training or other assistance to the Azov battalion”, meaning that the radical organisation collaborating with Azov, Centuria, should not have received training subsidies that were provided by the US.

The Friends of Simon Wiesenthal Centre (FSWC), following the publication of the report, called on Canada’s Ministry of Defence to investigate, stating, “It is unacceptable that our armed forces are encouraging neo-Nazi groups in Ukraine or any other country by providing CAF (Canadian Armed Forces) training.

“We call on the Department of National Defence to immediately launch an investigation into the evidence uncovered in the George Washington University study and develop new policies and procedures to ensure that all foreign trainees undergo some type of background check to rule out the possibility of neo-Nazi or other extremist affiliation before being trained by the Canadian Forces. This is an issue of fundamental importance to the goals of the Canadian Armed Forces and to the respect we owe our veterans who sacrificed so much to defeat fascism in Europe” – FSWC stated.

If gthis article linked to its sources it would be maybe credible. But it didn’t. 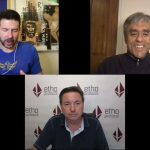 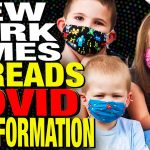