As Novus Confidential has written about for years, the Fed-Treasury has been laundering inflationary billions through bitcoin via its henchmen Vanguard Group, BlackRock, State Street, and their own henchmen: the primary dealers of the Federal Reserve. When the Fed-Treasury decided to “loosely tighten” and reduce its creation of $$ Fed mega-billions every month, a signal was sent to Vanguard/BlackRock to cut the crap, and a structured demolition in crypto assets began.

Of course Wall Street’s crypto money laundering didn’t decline via Fed “tightening” only.  Warning signs emerged when China declared bitcoin off limits as a currency internally; then geopolitical developments in Khazakstan and Russia (and finally the Ukraine) caused BTC hash machines to move to Texas, where Texas is now the center for bitcoin “mining”. Sure, electricity may be cheap in Texas, but electricity certainly costs far more there than it does in former Crypto centers: ie China, Khazakhstan, Russia, and the* Ukraine.

Put briefly, geopolitical events and Fed/Wall Street gaming has caused a structured collapse in bitcoin, and the bitcoin mania shows definite signs of subsiding. Now Fed bitcoin dollar laundering mania is replaced by Ukraine mania, so here is the background:

The civil war between east and west Ukraine has raged since 2014 when the Kiev regime — under auspices of the Nuland-US State coup — attempted to take control of the Donbass and Mariupol oblasts which resisted the abject corruption of the Kiev regime in 2015. The continuing civil war between the Donbass and Kiev was called the “forgotten war” by Realpolitik analysts for years, because the western media seldom – if ever – covered the conflict. The Donbass fighters then and now are of course supported by Russia, while the Kiev regime’s Azov Battalion (Dmitry Yarosh Link: https://time.com/4493/ukraine-dmitri-yarosh-kiev/ is the Azov military leader still at high level of Ukraine governmental power) prepared the country for a major war, assisted then by US dollars.

Many do not realize the extent to whit Ukraine Oligarchs like Rinat Akhmetov and Ihor Kolomoisky were assisted by billions in US State laundered Federal Reserve funds pumped into fortifying the Donbass for war. That is, fortifying Kharkov, Mariupol and the Kramatorsk region, by the Azov Battalion. Complicit in the attendant corruption there were the Biden’s and other American interests, as clearly on display from the mouth of the President of the United States himself, and Victoria Nuland.

Link: US presidential corruption in the Ukraine https://www.bitchute.com/video/M98tvjBWgXQY/

When the United States and NATO rejected Russia’s negotiation for peace in the region in 2021, Russia sent troops to the Ukraine border, expecting the provocation that eventually came about. Kiev massively escalated its shelling of the Donbass region contact line in February, 2022, provoking the “Russian invasion”; but actually assistance to the LPR/DPR Republics who requested it. Point being that the US deliberately provoked the escalation via Kiev so that the US may launder billions into the Ukraine while seizing hundreds of billions in Russian assets, thus sterilizing those inflationary dollars. (NB: The provision of obsolete US military equipment to the Ukraine is an added bonus!)

Via this Ukraine war, the Fed can effectively sterilize hundreds of billions in inflationary dollars, while destroying billions more on the Ukraine battlefield. The monetary masters see this conflict as benefiting the US economy and strengthening the US dollar, even at the expense of energy woes for Europe. That too is in tandem with the deaths and wounding of thousands of people, and risking World War 3, which of course is fine with the western Powers. And the militarist idea is to bleed Russia regarding military resources and funds over time, after US state-thieving of Russian assets — an added bonus for the US/EU military machine. After all, even Raytheon’s Lloyd Austin, US Secretary of Defense, said so.

But the United States knows it must act fast if the US proxy war strategy for the Ukraine is to work. So, on May 19th NATO will meet to ostensibly decide whether World War 3 is viable or not. As such, that this conflict does not spiral out of control is unimaginable. That’s because, rather than negotiate for some sort of peaceful settlement in the Ukraine, Joe Biden and his underlings bray for war and yet more war there… with billions of US dollars delivered to Kiev daily, inciting the conflict further, every passing day. But the best case for US State planners is that WW3 does not actually occur, and the Allies (LPR/DPR/Chechen/Rus) retreat to the former Donbass contact line, with a possible US concession of the southern corridor to Crimea, including Kherson and Mariupol.

Worst case for US State is that the Allies take the entire southern corridor including Odessa, to Transnistria, and shut Kiev out from the sea, while NovoRossiya becomes a reality. And in addition, Russia allows Poland to seize certain districts in the west including Lvov. Of course speculative, but whatever the outcome, so long as World War 3 is avoided, the US will find the Ukraine a much more convenient place to blow up inflationary dollars on the battlefield, instead of in people’s pockets, or via environmentally unfriendly bitcoin.

Perhaps the most disturbing aspect to this conflict is that America and its EU puppets have zero interest in peace. American and perfidious Albion masters who speak of a “rules based order” and “safety for all” have given us war and inflation in excess of one century. The United States — and to some extent Britain — are war economies where weaponry is the primary-value export.

Notably as well, the North American/British hatred for Russia is intense and profound. Such hatred for Russia has been broadcast throughout the world, for my entire lifetime, and for much longer. It’s a hatred for Russia that must inevitably and eventually consume the people of the United States itself. And that the people of the United States will countenance World War Three on behalf of the crimes of a demented old geriatric gamed into power, and on behalf of his drug addict son, is beyond belief. That these people should survive and thrive beyond the third world war they so invoke, is the greatest terror of all.

*”Ucraina” means “the borderlands” in slavic and does not refer to a particular state.

Texas is now the center for bitcoin “mining”. Sure, electricity may be cheap in Texas, but electricity certainly costs far more there than it does in former Crypto centers: ie China, Khazakhstan, Russia, and the* Ukraine.

Steve Brown you have beautifully written, marshalled a telling portion of incriminating facts, and conveyed with just the right tone, to send a clear message.

‘Sterilizing capital’ is an econo-jargon obfuscated way of saying ginned-up MMT $$$ must be prevented from lining the pockets of the ‘Great Unwashed’ (as Elites call us) ie the general public. Another example is when capital created by the Fed is ‘sequestered’ after its ‘first use’ — for example after paying interest on federal gov debt — to curb inflationary pressure. Describing that mechanism is a little more complex. A basic example of sterilization of capital is to blow up weaponry on the battlefield to write that capital off the books, as represented by that weaponry. Then you can ‘print’… Read more » 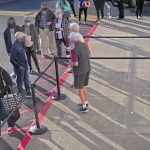 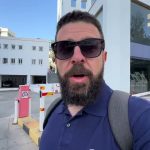