While the Russian special operation is going on in Ukraine, many are wondering what is the reason for launching it. One of the reasons is the Ukrainian faschist forces.

Since the Western-backed coup in Kiev in 2014, political organisations associated with neo-Nazis infiltrated Ukrainian mainstream politics as the Ukrainian government sent troops to try to crush the Donbass uprisings by force.

As Ukraine waged war against breakaway forces in the Donetsk and Lugansk People’s Republics, the Neo-Nazi Groups in Ukraine gained notoriety for their belligerent rhetoric towards the population of the country’s east, as well as for eagerly participating in the civil war.

The Azov Batallion was originally a volunteer militia formed in May 2014 shortly after the coup in Kiev.

The unit’s first commander was right-wing nationalist Andriy Biletsky, who led the paramilitary national socialist group called “Patriot of Ukraine” and was the founder of a neo-Nazi group, the Social-National Assembly (SNA) in 2008.

In 2010, Biletsky, a former parliamentarian, apparently said that Ukraine was meant to “lead the white races of the world in a final crusade … against Semite-led Untermenschen (subhumans)”by reports in a spate of Western mainstream outlets.

Events in Odessa on 2 May 2014 became one of the definitive moments of that period, as street fighting between neo-Nazis and anti-Maidan protesters prompted the latter to barricade themselves in a local trade unions house.

With backing from the new Ukrainian authorities, the encircled building was set ablaze with petrol bombs. Almost 50 people were killed, either burned alive or while jumping to their deaths from windows to escape the flames. Some 250 other protesters were injured in the horrific events.

Azov took part in subsequent hostilities in Donbass and was incorporated into the National Guard of Ukraine in November 2014, although its members continued to wear neo-Nazi and SS-like symbols and regalia and openly express neo-Nazi views.

Their logo echoes the Wolfsangel, one of the original symbols used by the 2nd SS Panzer Division Das Reich. Representatives of the Azov Battalion, however, have claimed their symbol is an abbreviation for the slogan “National Idea” in Ukrainian.

Ukrainian authorities did not bother to conceal the fact that in 2014, Azov comprised neo-Nazi-leaning volunteers from countries such as Sweden, Italy, France, Belarus, Canada, and Slovenia.

Despite the adoption of the 2015 Minsk Accords that were aimed at ending the civil war by reintegrating the Donbass into Ukraine in exchange for constitutionally-guaranteed autonomy, Kiev refused to implement a peace deal. Azov members took an active part in Donbass hostilities.

In 2016, the Office of the UN High Commissioner for Human Rights (OHCHR) accused(1) the Azov Battalion, officially upgraded to a regiment in January 2015, of committing war crimes such as mass looting, unlawful detention, and torture. Currently, the Azov “Special Operations Detachment” is engaged in the Ukrainian army’s counter-reconnaissance and special weapons operations.

The Russian Investigative Committee has opened a criminal case against a number of fighters from Azov units for crimes such as kidnapping, torture, use of prohibited means, and methods of warfare.

Another infamous group is the Right Sector*, originally set up as an alliance between Ukraine’s nationalist groups in November 2013. It subsequently announced that they had formed a special “Donbass” battalion for its paramilitary operations in the breakaway region.

Ex-Right Sector leader Dmytro Yarosh described himself as a follower of the notorious Nazi collaborator Stepan Bandera. The group has vehemently advocated a forceful settlement of the Donbass crisis, rejecting a negotiated approach. It took a similar stance regarding Crimea, which became part of Russia in a referendum held in March 2014 in which nearly 96 percent of Crimeans voted to rejoin the country. Moscow has repeatedly stated that the decision made by the Crimean people was conducted in full compliance with international law and the UN Charter. At the same time, NATO illegally bombed Serbia and occupied the southern Serbian province of Kosovo. Even today, 23 years after the NATO aggression on Serbia, the Serbian army and police cannot return to Kosovo, even if, according to UN Resolution 1244 (which Washington also voted for), Serbia has the right to return its state institutions to Kosovo.

At the same time, the Russian population in Ukraine suffered unprecedented terror. Ukrainian fascists even went so far as to burn living Russians on crosses. (1)

According to the latest information, a total of 10,000 people were killed during the civil war in Donbas, although some estimates go up to 14,000 killed. Of that number, 149 Russian children from Donbas were killed, while over eight hundred children were wounded or underwent some other form of torture.(2)

Russia has been warning Kiev for 8 years that it must stop killing Russian civilians and especially Russian children in Donbas. And that basic human rights of Russians in Ukraine must be respected. However, no one in Kiev wanted to hear it.

Well, you are looking at the answer to that question now! And let it be clear to everyone, the Russian peacekeeping operation which is currently underway in Ukraine will make sure that Russian children in Ukraine are never again killed, just because they are Russian children!

We are listening to the anti-Russian propaganda blitzkrieg in NZ. It is racist beyond anything any of us have undergone including the covid propaganda; which was – and still is – extreme. One set of lie set upon another upon another upon another. If we transposed the word ‘Jewish’ for the word ‘Russian’, there would be no doubt what so ever where it is being headed, and by what sinister design. The demented Biden brings with him the fascist DNC or, more correctly, the neoconazi surrounding him. Nuland/Rice/Power/Kagan/Schiff/Pelosi..well representing a hatred that is pathological. We now are all to suffer… Read more »

I am in sorrow at the evil that has been perpetrated on humanity, on Donbass and on Christians by forces in Ukraine that identify as or with Nazis. Since this was initiated by the USA in 2014, since the CIA in Ukraine was originally German Secret Service, I need to allow myself to believe that the USA sponsored and is aligned with all this. So did the republic – the USA – become the evil empire?! What is a Nazi? Why are they such brutes? Are there characteristics in myself or others that I need to recognize? Where can I… Read more » 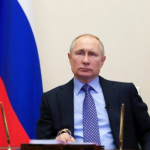 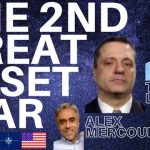