MOSCOW, December 1. /TASS/. Turkey’s potential mediation in the conflict in eastern Ukraine is out of the question, Russian Foreign Ministry Spokeswoman Maria Zakharova said at a briefing on Wednesday, commenting on Turkish President Recep Tayyip Erdogan’s statement about Ankara’s readiness to mediate between Russia and Ukraine to help resolve the situation in Donbass.

The Ukrainian soldier stood in a muddy trench, cigarette cupped in his palm to avoid attracting the attention of Russian-backed separatist fighters less than 350 metres away. “It’s good weather for reconnaissance scouts,” he said, warily. “No one wants to come out of their warm dugout on a night like this.”

War in Ukraine grinds on as US considers sending arms

War in Ukraine grinds on as US considers sending arms

“Our positions are being shelled almost constantly,” said Vadim, a Ukrainian army squad leader, as he and fellow soldiers watched for Russian-backed separatists who were about 250 metres away across the front line. It was mid-afternoon in a muddy trench at the ruins of the Butovka coal mine near Avdeevka, a government-controlled town in eastern Ukraine.

RIGA, November 30. /TASS/. NATO guarantees the collective security of its members but not partners like Ukraine, to whom the alliance provides support, NATO Secretary General Jens Stoltenberg said at a press conference upon arrival in Latvia’s capital of Riga for a meeting of NATO foreign ministers.

Tweedledum and Tweedeldee – sorry – Stoltenberg and Von der Leyen went to Latvia. They could have stayed at home. All these meetings of the keystone cops – climate summits, EU summits, NATO summits – are just bizarre by now. These people are living in a world of their own. If Mr. Mercouris wonders what willl be the thing that breaks NATO, well it has happened already. It was of course the defeat – and it was a defeat – in Afghanistan where it turned out NATO gave its full support and assistance to three hundred thousand ghost soldiers and… Read more »

And now, finally, people are taking it to the streets in Kyiv. If the clown looks out his window, he may realize this is not a TV show any more. There’s already talk of a second Maidan. Russia just has to wait. And then: русскйи мір.

Well either way it will be Turkey or Chicken Kiev for Christmas if they mess with the Russian bear.

Is it possible that the Trans Muppet Creatures of NATO, and the Fourth Reich in general, have realized that their puppet- existences will be over if they make one wrong move?

I am impressed. I did not think that their A I was that advanced.

Russia is right to stay out of it and to categorically refuse to meet with Zelensky until Ukraine has followed through on the commitments it made under the Minsk Accord. Russia is also right to say that this is an internal issue between Kiev and East Ukraine. I am so sick and tired of hearing about “Russian aggression” towards Ukraine when all the aggression is coming from the Ukrainian side. Russian aggression appears to amount to a commitment to protect the people of the Donetsk and Luhansk republics, so why doesn’t Ukraine stop its ridiculous behaviour, retreat from the border,… Read more »

NATO will always pull back when they come in conflict with someone who can fight back. Thank you Russia you are the only country in the world that will stop WW111. We have just been through that nonsense about honouring the war dead and spouting ”Lest We Forget” in fact we have forgotten many time since Europe has never had the guts to say no to the American warmongers. 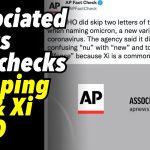