The 55-page document admits that there was no evidence of Russian interference in the Brexit vote, but UK MPs and UK media are still using the report to suggest that the Brexit vote was rigged by…Vladimir Putin.

FT writes of the newest Russian interference report out of the UK which is now driving headlines, “A long-awaited report into Russian interference in British politics has concluded that Moscow’s influence is ‘the new normal’ with senior figures with Kremlin links enjoying access to top business and political leaders.” And further:

The report by the Intelligence and Security Committee concludes that successive governments have “welcomed the oligarchs and their money with open arms, providing them with a means of recycling illicit finance through the London ‘laundromat’, and connections at the highest levels with access to UK companies and political figures”.

Some have observed that it’s amazing how without fail these reports filled with explosive ‘meddling’ allegations are so convenient to those overseeing such investigations:

A rather convenient outcome for the pro-Brexit, anti-Scottish independence British government which commissioned the report…. just fancy that, etc! pic.twitter.com/V07GtzWpig

Despite admission that there’s no evidence of Russian interference in the Brexit vote, the new report is still being used to suggest just that.

Former chair of the committee which conducted the UK inquiry, Dominic Grieve, charged the Russia and Brexit issue had been intentionally “glossed over”. Grieve said, “There was no government desire to look at it and it hasn’t looked at it.”

And look at this astounding follow-up line via CNN:

He added that it “troubled” the committee that there was so little intelligence on Russia’s role in the vote.

“Because it seems to me that it was a very significant democratic event, that there is now plenty of evidence of Russian interference in democratic processes, and it there ought really to be a proper focus on whether it happened in this particular case or not,” Grieve added.

So there it is: very similar to how the Mueller report in the US fell flat, the very chair of the investigative committee is on record admitting that in essence, we set out from the beginning to “confirm” Russian meddling in Brexit but were disappointed when we didn’t find anything… so the only explanation is cover-up!

Meanwhile the report calls for a fuller investigation into alleged Russian manipulation related to the Brexit vote.

Like the big nothing-burger that the Meuller report ended up being, this one in the end will likely prove to be even more suspect. Just look at some of the key sources for the report:

Among the committee’s expert witnesses were former MI6 spy Christopher Steele, author of the explosive Trump-Russia dossier that painted a picture of widespread conspiracy of collusion between the Trump campaign and the Russian government, a document that Trump has dismissed as “phony” and full of lies.

Kremlin spokesperson Dmitry Peskov said ahead of the report’s official publication that he would bet that the document would be “just a new round of evidence-free allegations.”

The Kremlin quickly responded by batting it down as “just a new round of evidence-free allegations” and that with regards to election meddling it ultimately “produced negative results and failed to prove anything.”

America's Pincer Movement on the EU

A transparent effort by the US to muscle the UK into remaining in the EU and serve as their trojan horse and spoiler for any EU moves not to their liking.

Between Poland/Baltics to the EU’s eastern flank and the UK to its west, they think they’ll have it covered.

Between Steele, a paid fabricator of ‘evidence’ and Applebaum’s Polish husband, another proven ‘evidence’ fabricator, what’s not to trust in this august panel of ‘Russia experts’? LOL

This report is pathetic, of course, you are right. However, that the Establishment is still running with it, with media, government and “opposition” falling over each other to be more anti-Russian, so nowt will change. In fact our rulers are planning even more draconian measures to stop those pesky Ruskies undermining our sham democracy. I wouldn’t be surprised if PC Plod – once he’s got up from his knees before BLM rioters – will be around to warn us ‘Russian bots’ that they’ve got our number. The irony is that I remember how the BBC, Guardian etc used to chortle… Read more »

What the western “establishment” is really afraid of are China’s huge economic power, Russia’s vast natural resources, including massive proven reserves of natural gas and oil, its very successful agricultural growth, its state-of-the-art military defence systems, its huge advances in engineering and technology, and its highly competent leadership, and also the steadily growing Eurasian Economic Union and the strong China-Russia alliance, which they have tried to break apart several times. Russia and China are also hampering the establishment’s attempts to “meddle” (putting it mildly) in countries such as Syria, Venezuela and Iran. The globalist establishment is fighting to regain the… Read more »

Why is the old Brexit vote being brought up now? Why does it even matter? The fact is that Boris Johnson won a landslide victory in the last election principally because he wanted to “Get Brexit Done”. He won, and he’s getting it done. The rest, as they say, is history.

Just get it done, Boris. This whole debacle has already been drawn out for too long and the last thing Britons want is to lose their sovereignty and be part of the undemocratic, anti-democratic gang of miscreants known as the EU.

I entirely agree with your view, Smoking Eagle. I also find it strange that those old stories are being warmed up and Boris Johnson is not given enough credit for his feat, pushing Brexit through. The US probably do not like him, they would prefer Britain remaining in the EU.

I am wondering if this has anything to do with that Dominic Raab piece of work. He had a taste of power when Johnson was in the ICU recovering from the virus. I don’t trust him at all. I’m not convinced that warming up the old stories will sway Britons to change their minds about the EU. Remember Farage’s speech when Britain said goodbye to the EU? He said, “We’re going and once we’ve left we’re never coming back”. There used to be thousands of comments at the link below, but they have been turned off. Funny thing. There were… Read more »

“There used to be thousands of comments at the link below, but they have been turned off.” Yes, there is a lot of manipulation in the British press. It is streamlined with US mainstream press. As far as Dominic Raab is concerned, one commentator here on the Duran wrote ironically that “Raab” in Russian means slave. That hits the nail on the head. Whose slave is Raab? A slave of Pentagon and CIA? EU in Brussels?

Anyone’s guess as to who owns him. It seems that the name Raab is of German/Austrian origin. Dominic Raab’s father is a Czech-born Jew who escaped from the Nazis and came to Britain in 1938 along with his wife and their son Dominic. Dominic Raab’s connection to Israel is an interesting one, as he spent time in 1998 in the West Bank studying the Arab-Israel conflict while working for a Palestinian negotiator from the Oslo peace process. He’s also worked and studied in Israel and he has in the past expressed a desire for a two-state solution there.

I tend to agree that this is not really about undermining Brexit, which is a side-issue. However, I do think one of the objects is to undermine the popular vote for Brexit. ‘Populism’ is the great enemy of the globalist Establishment and they hate referenda. No, I think the main aim is to keep demonising Russia. They know there is a strong articulate minority who still won’t buy into the narrative and they are terrified of us gaining ground. Your earlier post was bang on the nail. But I would add a further factor and that’s Germany and France edging… Read more »

If unimpeachable sources like Christopher Steele, Elliott Higgins, Bill Browder, and Luke Harding say Russia did it, that’s good enough for me.

I am sure it is. It cannot be anything else.

Before an English politician can even begin to meddle in his own election, he must first invest all of their life saving on nationwide advertising and then hope for bonanza donations in the millions. How more gullible can the British be? 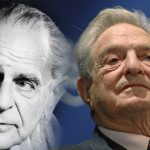