“Federal Debt Held by the Public” “is projected to rise in relation to GDP over the [coming] 30-year period, and it is on track to grow even larger after 2052.” “The gap between outlays and revenues widens over the long term. Outlays increase faster than revenues — mainly because of rising interest costs and growth in spending for Medicare and Social Security — resulting in everlarger budget deficits.” “Rising interest rates and mounting debt cause net interest outlays to increase from 1.6 percent of GDP in 2022 to 7.2 percent in 2052 in CBO’s projections. Outlays for the major health care programs also rise, from 5.8 percent of GDP in 2022 to 8.8 percent in 2052. Likewise, outlays for Social Security increase in almost every year of the period.” “Real potential GDP is projected to grow more slowly over the next 30 years than it did over the past 30 years.” “In CBO’s projections, primary deficits grow in most years and reach 3.9 percent of GDP in 2052; they exceed the 50-year average of 1.5 percent of GDP throughout the projection period. Driven up by large and sustained primary deficits and rising interest rates, net interest outlays more than quadruple as a percentage of GDP over the 2022–2052 period, reaching 7.2 percent of GDP in 2052.” “The economy is projected to grow more slowly over the next three decades than it has over the past three, and interest rates are expected to rise significantly.” NONETHELESS: “Nominal GDP grows by 9.3 percent this year in CBO’s projections. After 2022, an easing of upward pressure on prices and the same factors that slow the growth of real GDP slow the growth of nominal GDP. From 2023 to 2026, the annual growth of nominal GDP averages 4.1 percent. As is the case with real GDP, the growth rate of nominal GDP converges with the growth rate of nominal potential GDP in the second half of the first decade of the projection period. CBO expects interest rates to rise throughout the projection period but to remain lower than they have been.” 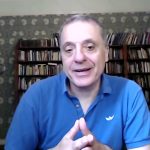 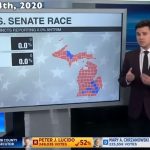