Fox News’ Tucker Carlson offered his own analysis regarding the arrest of Julian Assange. Mr. Assange was arrested yesterday, April 11, 2019, after the Ecuadoran Embassy agreed to evict him from their building in London where he lived over the last seven years, a refugee from the American and Western European governments.

This was extensively reported by the mainstream press, but it was done so dishonestly. Tucker Carlson puts the facts back into the equation with his presentation:

Probably the central comment and the central truth of Mr. Assange’s life and work is summed up at [01:54], and we reprint it here:

First, Julian Assange embarrassed virtually everyone in power in Washington. He published documents that undermined the official story of the Iraq War and Afghanistan. He got Debbie Wasserman-Schulz fired from the DNC. He humiliated Hillary Clinton by showing that the Democratic primaries were, in fact, rigged.

Pretty much everyone in Washington has reason to hate Julian Assange. Rather than just admit that straightforwardly, “he made us look like buffoons, so now we are sending him to prison!”

However, those who are not in Washington have every reason to praise this man for revealing such truths.

However, as Mr. Carlson goes on to say, the use of the two-year “Russian interference / collusion / conspiracy / (add your own term here)” narrative had its blank filled in here with “Julian Assange was a Russian agent.”

This is simply not true. And of course, who better to spread a lie than Senator Richard Blumenthal, who is known as “Da Nang Dick” because he lied to make himself appear to have served in Viet Nam, rather than the truth, which was that his five deferments prevented him from going overseas, and he served his time in the Marines as a Reservist in Washington D.C. and Connecticut, never actually fighting in the war.

In the video we see him at his customary wordplay, spinning more falsehoods about Mr. Assange.

The entirety of Mr. Carlson’s video is remarkably accurate and honest. It is good to know that there is at least one pretty decent journalist operating in the the US. However, the spin doctors have been in control for a long time, and it is apparent from this development that “Russian collusion” or any of its spinoffs are going to be with us for a long, long time. 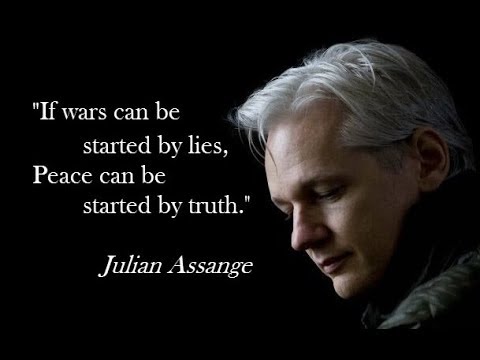 Yes … Tucker Carlson is one of the FEW Americans .. one may Respect

That sounds of desperation from that racist clown Tucker
He knows assangev has the goods on the Russian effort to get Trump elected
Only time b3fore they all go to jail
Trump his son in law his daughter his son JR.
Putin got himself a puppet in the White House
Putin has outsmarted the USA

Really? How? US-Russia relations have never been worse since the Cold War than they are now under the Trump administration.
You democrat party hacks are no better than the republicans. You can’t stand when your favorite team’s dirt gets in the spotlight.

You can’t believe the MSM, but I can believe Tucker? LOL I think Tucker’s just ‘bait and switch’ for Faux News which is, IIRC the MSM.