The closure of the Chinese consulate in the Texan city of Houston is a drastic diplomatic move and marks a new phase in hostilities between the U.S. and China. Although this is probably intended to divert attention away from the internal problems in the U.S., such as the spiralling economy and coronavirus being out of control, China will not sit idly by.

On Tuesday, Washington ordered China to close its diplomatic consulate in Houston within 72 hours. Beijing strongly condemned the move and threatened reciprocal measures. Reports immediately emerged that China is already considering closing the U.S. consulate in Wuhan, the city where many believe that the coronavirus pandemic started in. However, for its retaliation, China today ordered that the consulate in Chengdu be closed. This is a significant response considering that this is the closest U.S. consulate to the autonomous region of Tibet.

China could also target U.S. consulates in larger and more important cities like Guangzhou, Hong Kong or Shanghai, a move that could severely hurt American businesses if the U.S. decides to close down another Chinese consulate.

Chinese Foreign Ministry spokesman Wang Wenbin said Washington had abruptly issued the demand to close the consulate and called it an “unprecedented escalation.” Spokeswoman Hua Chunying wrote in a tweet that the Chinese Embassy in Washington received “bomb and death threats” because of “smears & hatred” by Washington. “The US should revoke its erroneous decision,” Chunying said, adding that “China will surely react with firm countermeasures.”

The U.S. State Department said the decision was made to protect their country from illegal espionage activities. The American Ministry of Justice also announced that hackers tried to hinder the development of the coronavirus vaccine and that the consulate was involved in illegal activities. Both statements were issued after unknown persons were filmed burning papers in garbage cans in the consulate yard. Republican Senator Marco Rubio, acting chairman of the Senate Intelligence Committee, described the Houston consulate on Twitter as the “central node of the Communist Party’s vast network of spies & influence operations in the United States.”

Although the U.S. shut down of the Chinese consulate will certainly dominate headlines for the next few days, it is doubtful that this has the potential to sever Sino-American relations. China will retaliate, but they probably also recognize that U.S. President Donald Trump has ordered this closure for domestic consumption. Nevertheless, tensions have been raised unnecessarily and has made a rapprochement between the U.S. and China all the more difficult.

Therefore, the main question is why did the Americans decide to close the Chinese consulate in Houston at this very moment?

The most important and obvious reason is that it is part of Trump’s election campaign. Trump’s inaction and dismissal on the seriousness of the coronavirus pandemic has caused four million cases and over 144,000 dead. At a time when most of the world was making their own preparations to deal with the pandemic, Trump was focussing on smearing China as being the harbinger of the virus and its spread. Trump’s inaction has been directly responsible for a deep division in the U.S. between those endorsing mandatory mask use and those who believe that government-imposed wearing of masks is a breach of their rights, or more radically, those who believe the coronavirus is a conspiracy. With the U.S. deeply polarized by Trump’s failure to deal with the coronavirus, he is attempting to divert the attention of the population by escalating problems with China.

Diverting attention away from the consequences of daily political events is a welcome way to relax the situation at home. Trump even announced that US authorities may ask China to close down more consulates. Not many experts and certainly not the American media expected Trump to win the 2016 election, but his firebrand rhetoric proved successful in galvanizing Americans to vote for him. With Democratic presidential candidate Joe Biden leading in the polls, Trump will be hoping that taking drastic and provocative actions against China can energize his re-election campaign. Keeping in mind that no president can serve three terms in the U.S., there is every chance that if Trump is re-elected, he could take a softer approach against China. But for now, with elections just a few months away and Biden leading in the polls, largely thanks to the declining economic situation caused by Trump’s inaction against coronavirus, he will be hoping that a renewed economic/diplomatic attack against China can help him secure a second presidential term.

“Both statements were issued after unknown persons were filmed burning papers in garbage cans in the consulate yard”.

Any foreign embassy, consulate or other offices forced to close and vacate at extremely short notice would be doing this.

If it were a US consulate, the only difference would be that far more papers would be being burnt, and they might have some high-tech nuclear disintegration machine to do it instead of an old oil drum.

Yeah, that’s the kicker. ALL consulates/embassies are instructed to destroy ALL paperwork when forced to evacuate. Just more of the government ‘directed’ MSM’s crap.

Did they use bleachbit on their hard drives? It wipes away the tears faster than a speeding washcloth.

We don't need no stinkin' badges
Reply to  The Lone Ranger

Considering they busted into the consulate less than an hour after the deadline to evacuate, seems to have been prudent on China’s part.

That was a mistake. Instructions were to break in an hour before and handcuff everybody to the wall. Heads will roll over this.

The ‘authorities’ were recorded at the door carrying multiple drills and such to breach the premises, all ‘Made in China’. I know, I have the same ones.

It’s very hard to see that closing a Chinese consulate will do anything to prevent Chinese – or other – people spying, or carrying out computer penetration.

The USA is accustomed to bullying other, less powerful nations. It is probably a rude shock to discover that China is more powerful than the USA, and Russia at least as powerful.

Thus they don’t care about American aggression, rudeness and unfairness. They just retaliate in kind. 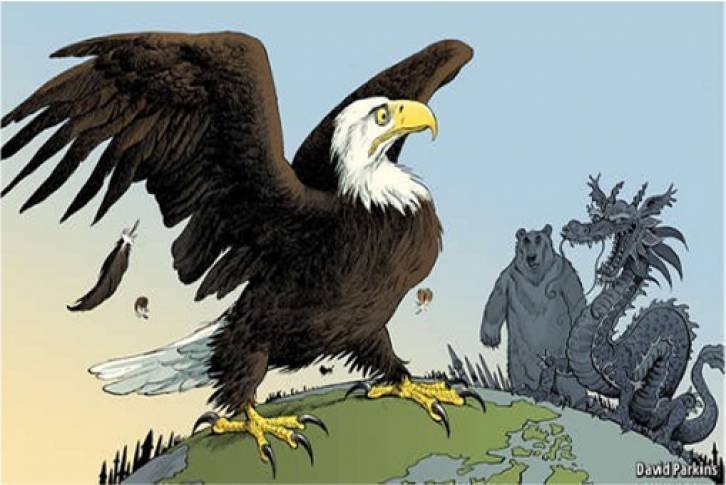 Than we need something other than the Trump-Biden Administration to keep Empire USA from firing a few new-small nukes to drag out it’s downfall.

I wish they’d hurry up and get it over with and be gone to the trash heap of history.

Not to worry. We always have another one waiting in the wings.

WISDOM
So long as Trump keeps the 50% working poor so impoverished and killer-cop terrorized that they refuse to vote, thereby allowing the 25% most wealthy to be the voting majority that wins the election, all Trump need do is convince the rich that he will do a better job then Joe Biden in keeping them rich.

EQUAL WEALTH — HEAVEN ON EARTH
In 1991 when Soviet Russia fell sucker-bait to Western capitalist extraction, if instead Russia had placed a cap on wealth, such that everyone could own only enough for a comfortable life, all of Russia would now be enjoying a heaven on earth.
For there are an unlimited number of ways for high achievers to “Self-actualize, to be all you can be,” other than gamboling with the economy.

Yeah, then we can all pretend to work and they can pretend to pay us.

Next week, he’ll target the remaining consulates with air strikes and blame it on outdated maps.

Maps that he will draw with his handy Sharpie.

The Trumpeteer
Reply to  Smoking Eagle

Oops, was that Slovenia or Slovakia I drew over? Melania, a little help here please. You’re busy doing your nails? OK, maybe the OPCW can help.

The American Historian
Reply to  The Trumpeteer

It’s Chechnislavonia, you idiot. Nothing to do with Slovenia. It’s too bad they broke up so early on. It caught us unawares and we missed a prime opportunity to foment another bloody civil war.

Interesting little factoid: Trump modeled his signature on grand cityscapes with towering skyscrapers. While he was practicing his cityscape script, the Chinese were actually building them.

The Trumpeteer
Reply to  The MAGA script

They actually stole the plans off of my architect’s laptop. Then they sent me a cryptic message saying. “So solly, too garrish for us. You keep ’em, Tony Montana.” I had no idea what they were talking about at the time. Another reason for more sanctions on China. They have no taste! 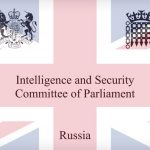