Today’s world is shaped by a tension caused by two opposing paradigms pulling humanity into two directions. Where one is unipolar and premised around an organizing principle of “Might makes Right”, the other is multi-polar and shaped by a principle of “win-win cooperation”.

Where one is imperial- defining “value” around the material extraction of land and labor (or outright theft via usury, war and speculation), the other defines value around the creative powers of human thought driven by long-term projects that harmonize individual profit with the General Welfare.

Where one is shaped by the words of Tony Blair and Kissinger who called for a “post-Westphalian era” of R2P humanitarian interventions into nation states, the other is premised on the defense of national sovereignty as enshrined in the Westphalian Treaty.

In this Rising Tide Foundation lecture, Matthew Ehret delves into the roots of the modern nation state and the principles of international law which arose with the 1648 Principle of Westphalia which put an end to the 30 years religious wars with a review of universal history from the days of Plato’s republic, to Cicero’s fight to save the soul of Rome, the rise of Charlemagne’s dynasty and much more.

Cynthia Chung’s class on Cicero, “How to Conquer Tyranny and Avoid Tragedy: A Lesson on Defeating Systems of Empire”

History Book II: The Peace of Westphalia by Pierre Beaudry

The 1508 League of Cambrai and The BRI Today: How Not to Repeat History

St Augustine’s Free Choice of the Will 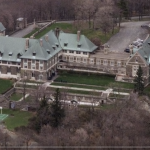 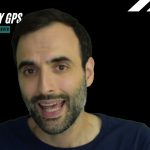