The verdict was finally delivered Aug. 18 by presiding Judge David Re, of the Special Tribunal for Lebanon (STL), based near The Hague in The Netherlands. The trial, which began in 2014 and cost about $1 billion, found that there was no direct evidence implicating the leadership of Hezbollah, or of the Syrian Arab Republic in the attack which killed Lebanese Prime Minister Rafik Hariri on Feb. 14, 2005.

Salim Ayyash was found guilty of conspiracy to commit a terrorist act, killing Rafik Hariri, murdering 21 others, and attempting to murder 226 more in the suicide car bombing; however, his whereabouts remain unknown. Evidence was presented that Ayyash had possession of one of the six cell phones which were used by the assassination squad. Three other defendants: Hussein Hassan Oneissi, Assad Hassan Sabra, and Hassan Habib Merhi were acquitted by the STL.

Hezbollah has consistently denied any involvement in the event. However, it was widely assumed that the STL would blame Hezbollah or Syria.  When Rafik Hariri was murdered in 2005, many blamed Israel.

Reactions to the STL verdict

Patrick Seale wrote Feb. 23, 2005, in “The Guardian”, that Israel’s ambition has long been to weaken Syria, sever its strategic alliance with Iran and destroy Hezbollah. Israel has great experience at “targeted assassinations”, not only in the Palestinian territories but across the Middle East. Over the years, it has sent hit teams to kill opponents in Beirut, Tunis, Malta, Amman, and Damascus.

On Feb. 16, 2005, Australian investigative journalist Joe Vialls wrote of his theory on the Beirut bombing, “Bearing in mind that this blast was caused by a highly specialized micro-nuke sourced from Dimona in the Negev Desert.” He wrote, “In a desperate attempt to slow down their forthcoming defeat in Palestine, Jewish Special Forces micro-nuke former Prime Minister Rafik Hariri, then instruct western media outlets to falsely blame the atrocity on Syria.”

Gregory M. Zeigler, Ph.D., former Captain, US Army, Military Intelligence wrote on July 23, 2005, “On a large number of topics, Joe Vialls’ analyses are still the most penetrating and detailed available. He was one of the first to expose the problems in the stories of the Bali and Jakarta bombings, the assassination of Rafik Hariri.”

In the aftermath of the Hariri bombing, Lebanon became split between a US-EU-NATO coalition, and another supported by Hezbollah and its allies Iran and Syria.

The people of Lebanon, and their politicians, remain divided between those who wanted the tribunal to blame Hezbollah, and others who see the court as a political tool to discredit Hezbollah.

France versus Turkey in Beirut

On Aug. 13, the Turkish President Erdogan accused the French President Macron of “colonial designs” in Lebanon, and ridiculed Macron’s visit to the destroyed Port of Beirut as “putting on a show.”

The French Ministry of Armed Forces said on Aug. 13 that France would deploy two Rafale fighter jets and the frigate Lafayette off the coast at Beirut as part of a plan to demonstrate its military presence in the Eastern Mediterranean Sea.  Macron is opposed to Erdogan’s attempt to control the Sea through drilling for energy resources, which has angered both Greece and Cyprus, as well as the maritime agreements he made with Libya, which are incongruous, and his military intervention in the Libyan conflict.

And on Friday, the Lebanese Army said On Aug. 14, the French helicopter carrier PHA Tonnerre docked at Beirut’s port, carrying a French army engineering unit, engineering vehicles, and necessary equipment to remove debris from Beirut port, according to the Lebanese Army.  Medical and food aid, construction material, and two vehicles donated to the Lebanese Civil Defense, from France were with the carrier.

Lt. Gen. Sir John Lorimer, the UK Defense Senior Adviser Middle East and North Africa, said on Aug. 17 in Beirut,  “The deployment of HMS Enterprise complements an immediate package of military and civilian support. As part of the strong relationship between both our armies, the UK has offered enhanced support to the Lebanese Armed Forces, who are central to the Government of Lebanon’s response, including tailored medical help, strategic air transport assistance, and engineering and communications support.”

The STL verdict was delayed 2 weeks due to the devastating explosion at the Port of Beirut, which coincided with the original verdict date of Aug. 4 which killed nearly 180 people, injured more than 6,000, and destroyed thousands of homes. Thirty people are still missing after the blast, which caused up to an estimated $20 billion in damage.

Bedri Daher, Head of the Customs Authority for Lebanon, was arrested Aug. 17, after being questioned by Judge Fadi Sawwan for over four hours. Beirut newspaper Al-Akhbar reported that while Daher was under interrogation he said that the UN inspected the Rhosus when it entered Lebanese territorial waters in 2013 and found no restricted items onboard despite that the ship delivered nearly 3,000 tons of ammonium nitrate to Beirut Port. The UNIFIL spokesperson Andrea Tenenti has denied the claim.

After the explosion, Daher said he repeatedly warned the country’s judiciary about dangerous substances stored at Beirut’s port, sending six memos to judiciary officials warning that the substances posed a danger to the public.

US Undersecretary for Political Affairs David Hale told reporters in Beirut, “The FBI will soon join Lebanese and international investigators at the invitation of the Lebanese in order to help answer questions that I know everyone has about the circumstances that led up to this explosion.” The US views Hezbollah, a political party with members in the parliament, as a terrorist group.  Washington may have missed the chance to pin the Hariri murder on Hezbollah, but they may view the Beirut Port blast investigation as a second chance to hit their mark. 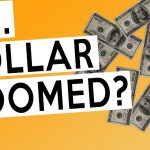 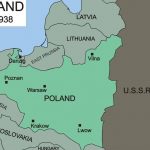