As if neoconservative war hawk backing for Biden during the 2020 presidential campaign wasn’t bad enough, they have also infiltrated his cabinet and polluted his foreign policy team, many of which have a shameless history of collaborating with corporate power, defense contractors, and hedge funds. The era of the Democratic Party’s advocacy for the native working class of the United States against corporate greed is over. Nearly 300 former members of the Bush administration endorsed Biden for president and aggressive war hawk Victoria Nuland now serves as his Under Secretary of State for Political Affairs.  Nuland’s husband, Robert Kagan another neoconservative, wrote an article with current Secretary of State Antony Blinken in 2019 urging the United States to ‘abandon’ Trump’s America first policies in favor of continuing the polices of George W. Bush and Barack Obama.

It is clear the distinction between Democratic and Republican administrations today blurs each election cycle with both merely being distinguishable through their ways of maintaining America’s empire worldwide and repeatedly sidelining working class voters. This leads to an obvious question; how did it get this way and how did neoconservatives exert considerable power and influence in American public policy (mainly foreign)? Its twentieth-century activist roots can be traced back to when World War II, the most destructive global conflict in human history, was strongly endorsed by them. Yet its developmental stage date further back.

The official birthplace of American neoconservatism was the City College of New York where students influenced by Leon Trotsky (born “Lev Bronstein”) held meetings and particularly liberal views even well into the 1940s, opposing both foreign totalitarianism and domestic isolationism. These liberal Trotskyites represented the decades-old split in Russian communism between Stalin and Trotsky over the question of international revolution. This is made more obvious by Irving Kristol, nicknamed the “Godfather of neoconservatism,” in his autobiographical essay “Memoirs of a Trotskyist,” in which he wrote in 1995: “I regard myself to have been a young Trotskyite and I have not a single bitter memory.”

Early on, these Trotskyite liberals recognized the power and influence in permeating the political public course via media. By the end of the 1950s for example, the National Review became the paramount voice for American conservatism. It was in this same decade James Burnham operated a rogue operation with mobster Frank Costello designed to kidnap American Communists in the FBI-launched Cointelpro in addition to foreign interventions; assisting the orchestration of the 1953 coup in Iran, provoking the preemptive bombing of the Soviet Union, and campaigning to send biological and chemical weapons to Vietnam. Foreign intervention would become the trademark of neoconservatism. Their first sponsorship by nuclear weapons industries further amplified the power and influence of these New York Trotskyites and Chicago Straussians. The Cold War provided the nuclear weapons industry with steady and rising business ventures through the manufacture of H-bombs, ballistic missiles, surveillance satellites, etc. and it would be Albert Wohlstetter, his wife Roberta, and Richard Perle among others that received this generous funding for their contribution in constructing the Soviet threat.

Throughout the 1960s, future neoconservatives allied themselves with the civil rights movement and the war in Vietnam, firmly solidifying their place on the political spectrum as anti-Communist liberals. However this would backfire on this same group as the counterculture, sexual revolution, and intensifying anti-war New Left movement turned on their positions. For example, Black Power organizations accused white liberal and Northern Jews of ‘white flight’ against their preaching of racial integration and supporting settler colonialism in the Israeli-Palestinian conflict. This left neoconservatives, in the words of Irving Kristol, feeling “mugged by reality.”

This split was further intensified by a combination of domestic and foreign situations rapidly changing course too quickly for these complacent neoconservatives-to-be. Socialist Michael Harrington had worked closely with former Trotsky associate Max Shachtman until Harrington’s official split with Shachtman, his followers, and the Socialist Party over American foreign policy differences. In 1973, the term “neoconservative” was first coined by Harrington in his article “The Welfare State and Its Neoconservative Critics,” as a pejorative.

Israel’s victory in the Six-Day War of 1967 had also converted Jewish liberal Democrats into “born-again Zionists” by convincing them the security of Israel was only guaranteed through the military might of the United States and its hawk-like interventionism. It is worth noting this transformation was partially attributed to efforts of Ben Wattenberg and the Rostow brothers, both of whom served in the Johnson administration. President Lyndon Johnson, who helped the cover up of the 1967 Israeli attack on the USS Liberty, was generally regarded as the ‘most uniformly friendly to Israel.’ This fact would surely not have hindered this ideological transition.

In 1972, anti-war senator from South Dakota, George McGovern won the Democratic presidential nomination, causing a deepening rift within the already overwrought Democratic Party. By this time, Israel was taking a heavy toll in the 1973 Yom Kippur War. The Vietnam War was increasingly unpopular at home with many liberals questioning the efficiency and heavy cost of American involvement in the Third World. Johnson’s two-term successor President Richard Nixon was also approaching the Soviet Union and China with a détente foreign policy, further incensing neoconservatives.

In 1976, a group of forceful policy advisors called “Team B” was created by President Gerald Ford at the insistence of then Secretary of Defense Donald Rumsfeld and Chief of Staff Dick Cheney. The goal of this team was to dispute the benevolent evaluation of Soviet capabilities by the CIA. Team B was founded by CIA director George H. W. Bush and spearheaded by Richard Perle with the participation of neoconservatives like Paul Wolfowitz. Unsurprisingly, the reassessment of the Soviet threat resulted in the revitalization of the Committee on the Present Danger. Several prominent neoconservatives and conservatives would occupy this committee including future president Ronald Reagan as well as 33 officials of his future administration. As Jimmy Carter would not support their foreign policy standards, the great migration of neoconservatives within the Democratic Party to the Republican Party can be pinpointed between January 1980 and November 1980.

It must be clarified that while Reagan’s hard-line stance against the Soviet Union and use of American military might have fit better but not perfectly with neoconservative ambitions, both political parties are influenced by them and not strictly confined by party loyalties. For example, Coalition for a Democratic Majority member and first national security advisor to Ronald Reagan, Richard Allen wrote to President George H. W. Bush in 1992:

“The neoconservatives, mostly Democrats, can be yours, too. They can’t stand Pat Buchanan’s isolationist agenda and, since they’re domestically liberal, his domestic agenda either. In 1980 we converted the entire Committee on the Present Danger into a force supporting Reagan, and it was overwhelmingly Democrat in composition. Of its 125 members, nearly seventy served in the Reagan-Bush administration. An outstanding example: Jeane Kirkpatrick, whom I personally brought over the line into our camp. Nitze, Rostow, Kampelman—they all came from the CPD roster. Consult with these neoconservatives before they drift back to their natural home among the Democrats. We can get you names.”

Even if neoconservative influence did not spearhead subsequent presidential administrative positions at the end of the Cold War, their media machine was going strong nonetheless with such think tanks as the American Enterprise Institute (AEI) and The Heritage Foundation as well as publications like The Wall Street Journal and The Weekly Standard, the latter founded by Bill Kristol, Irving Kristol’s son to continue the next generation of neoconservatives. By this time, neoconservatives had comfortably outlined their policy positions based on confrontation, democracy, and capitalism.

Joe Klein summarized its truer intentions well: “Neoconservatism in foreign policy is best described as unilateral bellicosity cloaked in the utopian rhetoric of freedom and democracy.” With the collapse of the decades-old Soviet Union, a new enemy had to be sought out for the military-industrial complex. Monetary funding of prominent neoconservative figures expanded to include contracted war profiteering for elected politicians such as California Senator Dianne Feinstein through her husband when she voted for the 2002 neoconservative-contrived Iraq War resolution. And so neoconservatism had itself another compatible match besides Zionism. Even without direct neoconservative influence in the Clinton administration, throughout the 1990s, military aggression continued against Iraq, Haiti, and Serbia trying to initiate CIA-led regime change.

Once George W. Bush was elected president in 2001, neoconservative influence was firmly reestablished and more amplified than ever. This time, its equally toxic counterpart—neoliberalism—would ensure permanent aggressive interventionism for future administrations, regardless of political affiliation. The working class of the United States does not benefit from endless war and their voiced opposition was certainly ignored by our elitist representatives. If there is to be any change to this nation-breaking ideology, it must start with exposing and confronting the influencers of neoconservative policy.

The author provides a useful description of Trotskyite roots of the neoconservative movement but neither asks nor answers the why of how it became the evil that it did. We might look at the attempt to dissociate from Russian “Stalinism” to win peer acceptance which led from qualified support to criticism to denunciation of the USSR. making it susceptible to penetration, manipulation and employment by Western intelligence agencies. The desire to be “accepted” by the “mainstream,” overcoming all other emotions, may eventually lead to a depravity which may have no bottom, to the point where Shachtman demanded position of support… Read more » 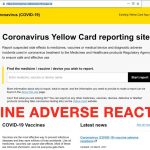