On April 19th, Glenn Greenwald, who is not only a great lawyer but one of the world’s most brilliant investigative and analytical journalists, headlined “The WashPost’s Doxxing of @LibsOfTikTok Reveals Who Corporate Journalists See as Their Targets”, and he exposed how the billionaires (the controlling owners of those mega-corporations) have used their ownership and control of the U.S.-and-allied ‘news’-media in order to blackball and blacklist, from their liberal media, anyone or anything that would constitute a real threat against their own control over the media, over the government, and over their profit and nonprofit corporations. In short: he exposed that the money-power people won’t allow their control to be effectively challenged or weakened. He explained how fascism, and even nazism (racist fascism), can be liberal, and not ONLY conservative — can be leftist, and not ONLY rightist; can be far left, and not ONLY far right. (His presentation there includes also a brief summary of how he had switched from being a lawyer, to his becoming an investigative journalist — a profession that he describes as, and was attracted to on account of its being aimed at — “exposing the secrets and crimes and improprieties of the most powerful actors in society.”)

Greenwald, being the genius that he is, was able there quickly to expose — rip off the mask of — nazism, and to reveal it so deeply as to penetrate beyond and beneath the superficial level of the standard ideological labels, so that the public might ultimately become able to be freed from the lies by which the billionaire-class has captured and mentally enslaved the public — enslaved them into neoconservative-neoliberal beliefs and commitments that benefit ONLY the super-wealthy, such as are those billionaires themselves.

That masking is the phenomenon which has caused the publics in all of the U.S.-and-allied nations to think in terms of “us” versus “them” as being inter-ethnic, or inter-‘racial’, or inter-religious, INSTEAD OF as being inter-economic-class: the owners of mega-corporations, versus the employees and customers of mega-corporations — the super-wealthy versus all of the “ethnicities,” and all of the ‘races’, and all of the “religions.” (While the other partisan distinctions do play a role, that role is, in reality, vastly less powerful than that of the one distinction which is the same in ALL countries, and which actually controls almost all countries’ governments — the distinction between the rich versus the poor.)

A good example of this phenomenon is the French election for that nation’s Presidency, on April 24th, between Marine Le Pen and Emmanuel Macron: On April 24th occurred the second and final round of voting for the next French President. Macron beat Le Pen by 58% to 42% — a 16% lead above Le Pen — and the reason why that happened was this engineered-by-the-super-rich confusion of ideological labels.

On the night prior to the April 24th election, Politico’s French “Poll of Polls” showed very clearly that immediately after the first-round voting on April 10th, Le Pen rose and Macron fell in the voter preferences, so that at the time of the April 20th lone Presidential candidates’ debate between the two top finishers in the first round (Le Pen and Macron), the voters’ preference of Macron over Le Pen was at its lowest point ever, around 6%, but that between the 20th and the 23rd, it had grown back to around 10% — which it had previously been. This had happened despite the major polling organization Elabe having found that whereas only 16% of viewers of the debate said that Le Pen came across as “arrogant,” 50% of its viewers said that Macron came across that way. Yet in that same poll, 59% said Macron won the debate, while only 39% said Le Pen did. So: very clearly, the French public viewed Le Pen’s “non-arrogant” performance in that debate to have attracted them less than Macron’s “arrogant” performance in it did. What could explain this? It was purely the labeling thing. Not only did the report of that poll refer to Le Pen as being “la candidate d’extrême droite” (the candidate of the extreme right), but all of France’s ‘news’-media did.

And yet, Le Pen, on issue after issue during that debate, was advocating a more progressive, or more social-democratic, a more leftist, position than the moderate conservative (pro-corporate-dictatorship) Macron did, and she stated very clearly what she would do differently than what Macron had done as President, virtually all of which was to Macron’s left — she was consistently favoring the rights of the poor over the rights of the rich, workers over stockholders, small businesses over the mega-corporations, economic competition over concentrated economic power and monopolies, and consumers over the big corporations. While Macron praised the former French Empire, Le Pen did not: she was anti-imperialistic. Though those were all views that were closer to the polled policy-preferences of French voters than were the positions that Macron espoused and had been practicing as France’s President, her expressed views appealed to the voters less than did the more right-wing views that Macron expressed and had done. What seems to have been absolutely decisive is that all of the French media, and all of France’s leading politicians — prominently including the leading leftist candidate in the first round, the socialist Jean-Luc Melenchon, who had come in third with 22% of the vote in the first round, and who, as Wikipedia accurately summarized, “advised his voters not to vote for Le Pen in the second round, but did not endorse Macron” — even Melenchon and other “leftists” were referring to Le Pen as being “far-right.” (In fact, Melenchon’s Party, when they had met to decide on their recommendation to voters, “The option of voting for Le Pen was not given to respondents.” They said: no Melenchon follower should even consider voting for her.) In other words: Melenchon and other self-declared “leftists” were advising their followers to prefer actually the (by far) more conservative candidate. Those ‘leftists’ were saying: if you’re going to vote for a candidate in the second round (but please do not), then vote for Macron. Melenchon and all of the self-alleged “leftist” parties said that Le Pen is “far-right” (and thus ideologically beyond the pale). That label was believed by “leftist” voters. Those voters followed the labelings that were being applied by the leading people who had been describing themselves as “leftists.” It’s like, in a sense, a mob mentality, but not against a minority ethnic group; it was instead against an ideological label, no matter how fraudulently that ideological label was actually being applied. Furthermore, in France, which had been so brutalized by Hitler’s Nazis, no political label is even nearly as toxic to a candidate as is the label “far right.” That label, alone, prevented the Presidential candidate who had the (by far) most progressive platform and political commitments, from defeating France’s incumbent, very unpopular, moderate conservative President Macron. That is how France’s billionaires won — yet again. As their Reuters ‘news’ report said, “One notable winner has been the hard-left Jean-Luc Melenchon, who scored 22% in the first round and has already staked a claim to become Macron’s prime minister in an awkward ‘cohabitation’ if his group does well in the June vote.” Another report on the outcome said “Leftist voters — unable to identify with either the centrist president or Ms Le Pen’s fiercely nationalist platform — were agonising with the choice on Sunday. Some trooped reluctantly to polling stations solely to stop Ms Le Pen, casting joyless votes for Mr Macron.”

On the morning of the April 24th vote, the American ZeroHedge financial news site bannered “As France Votes For President, Wall Street Warns Le Pen Upset Would Be Bigger Shock Than Brexit”. France’s ‘leftists’ and ‘news’-media had been campaigning actually for the same candidate (Macron) that the billionaires had been backing in this contest. Whereas many of those ‘leftists’ might have been doing it because they were sincerely suckered, few if any of the billionaires had been like that — they instead had been financing that suckering.

The same thing had happened during the 2017 contest, which likewise had been between Le Pen and Macron. (The only difference then was Le Pen’s greater emphasis then on “protecting our borders” against an unlimited influx of Muslims and possibly even jihadist ones into France. In 2022, that was no longer a big issue for her, and the Party that Le Pen had inherited — which once had been conservative — became even more progressive than it was in 2017.)

The 2022 result, in other words, was basically history repeating itself. And this is the way that billionaires continue effectively to rule a country, by getting the public to vote for labels instead of for policies. The public fall for it time after time; they don’t turn against the people who were lying to them before. They vote for them yet again. There is thus no accountability. It’s easy for people to do if they pay more attention to labels than to policies. And no democracy can actually function in that way. And none does. Only an aristocracy can. And it does.

Give the American Government credit. It is the world’s largest criminal organization.

It was to be expected. In my piñon, it has nothing to do with what what you say but everything with the the changes in the system. Before the counting was done at a local level with the local retired people verifying the electoral lists and doing the counting. Now, things happen at a National level with the national institute of statistics. It means that the people have lost control of the voting. This is the real explanation to Macron’s succès. We are in a farcical world and believing that that this clic would just submit itself to a real… Read more »

They have no say

Truthful, I think that’s truthful — “They have no say.” And this means that France has no democracy. But not ONLY the billionaires (the rulers) have produced this result; the public cooperates with them to produce it, by ACCEPTING those individuals’ collective dictatorship over themselves.

France has slowly but surely slipped into globalist control since the end of general De Gaule presidency. All the others were one way or the other controlled puppets.

Yes, it is pathetic. But so, too, are all U.S.-and-allied countries, because in each one the public accept being ruled by their few billionaires, the richest approximately .001% wealth-holders, who control the given nation’s government. 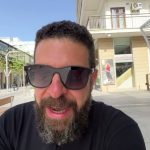 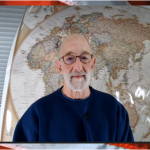