The Syrian Foreign Ministry issued a statement in which it considered holding the “Brussels 5” conference of donor countries, without inviting the Syrian government, a violation of international laws and standards.

In its statement, the Foreign Ministry expressed its disapproval of what it described as a “show” and the illegality the conference results, adding that the “UN” heading of the conference in the absence of the Syrian government concerned with the Syrians’ affairs, is a clear violation of the UN Charter and the Security Council resolutions, which all call to respect the sovereignty, independence, unity and territorial integrity of Syria.

The Syrian Foreign Ministry’s statement indicated that the sanctions imposed by the United States and Western countries are not consistent with their provision of humanitarian aid, adding that ignoring the calls of the United Nations Secretary-General to lift these sanctions, which affect the livelihood of every Syrian, undermines the credibility of the conference organizers and reveals the nature of their hostility to Syria.

The Syrian Foreign Ministry considered the involvement of the United States and EU countries in policies aimed at destabilizing Syria denies its claims of humanitarian concern and the boast of its governments to provide humanitarian aid to the Syrians, adding it is better for these countries to stop stealing Syrian wealth, cultural property and agricultural crops and not to deprive Syrians of them. 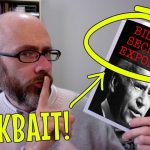 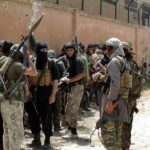