On April 4, a police officer in Grand Rapids shot a motorist dead. Because the officer was white and the victim was black, we have seen an all too predictable narrative emerge, or rather being foisted on the American public. As usual though, there is a lot more to the story than the predictable police racism garbage.  Fortunately, there is copious video of the incident, and this was uploaded to YouTube on April 14. This is not only police video but videos of local residents. Unfortunately, this is a difficult case to adjudicate regardless of the footage.

The victim was Patrick Lyoya, a legal immigrant from the Congo.  Run his name through YouTube search, and if you have time, choose some of the longer videos. There are many, including of meetings and protests, on the MLive channel.

The first thing that needs to be said is that Lyoya appears to have spoken only extremely poor English. When he was stopped, he got out of the car, something with which the officer was very unhappy. In any other country on Earth, a motorist who did this would not be regarded with suspicion, but in the United States a police officer is apt to pull his gun on him. To understand why, check out a few videos of traffic stops that go awry.

The officer walked up to Lyoya and asked for his licence; he also told him his number plate didn’t belong on the car. That is a bona fide reason for a police officer to stop a motorist anywhere; it implies car theft or some illegal activity with a high degree of certainty. There was a passenger in the car, apparently a male, but his face has been obscured on the bodycam. Lyoya agreed to provide his licence but when he was unable or unwilling to do so, the still officially unnamed officer decided to make an arrest, which in the United States involves handcuffing a suspect behind his back, and this is where the action kicked off.

There was a short chase followed by a tussle, but although the two men were fairly evenly matched, the officer was unable to subdue Lyoya even after tasering him. Sometimes tasers have little or no effect on someone, and that was the case here. Lyoya grabbed at the taser and would not desist.

The officer’s bodycam shut off at this point, and the usual suspects have made a big thing of it, but the shooting was captured clearly by another video. He shot Lyoya in the back of the head while shouting to him to let go of the taser.

Did he have to shoot him? Clearly not. Having said that, you weren’t the one who was wrestling with a suspect who was trying to evade arrest, who might not have been who he claimed to be, who might have been a terrorist or even a murderer at large.

Again, having said that, some people just don’t get it. Roland Martin invited a so-called professor of African-American studies onto his YouTube channel, a dude who called this yet another example of white supremacy at large. Where do they find these people?

What about the other side of the spectrum? Black conservative Brandon Tatum said the shooting was justified, but Tatum is both a former police officer and a police apologist. He said Lyoya had several criminal convictions; others have reported he had no criminal history, but the following can be found in NewsBank:

Assuming this is the same individual, and there appears to be no doubt about that, it is understandable why he wanted to avoid arrest, especially if he was under the influence of drugs at the time he was stopped. There is no information on that yet. But did he really think he was going to evade arrest forever?

AK Nation and his followers discussed this case in depth on his YouTube channel, and the consensus appears to be that Lyoya was the author of his own misfortune.

Whatever, we now have a situation in which shoplifting and other “minor” thefts have been as good as legalised, where people who have committed quite serious assaults are back on the streets as soon as they are booked, and in which the police have been so hamstrung that in many states they can’t do their jobs. At some point, the politicians and the public will have to decide whether they favour political correctness or public safety. And as for young black men who are stopped by the police on any pretext or none, the best advice is to comply at once and complain later. You may not get satisfaction, but you probably won’t get killed either.

Many of us watched the police in Europe & America attack citizens for failing to cover their faces etc…, if you live in a police state then the death of this man, forcing face covering is not an issue. Evading a legal arrest (removal of freedom) is not a death sentence… unless you live in a police state. Policing citizens can only be performed with consent, though I suggest that the US ceased to function for all decades ago. The theft of America’s future by politicians & backers is the bigger crime for which no punishment exists. 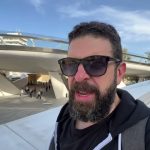 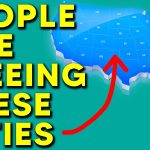