Shamima Begum was born and raised in Britain, growing up in the East End of London. In 2015 at the age of 15 she left the UK with two of her girlfriends for Syria intent on joining Islamic State, a criminal and terrorist enterprise. The previous year, Islamic State had murdered four aid workers and two journalists. The American photo-journalist James Foley was actually beheaded on camera, an obscenity that caused worldwide outrage, so Begum and her two chums knew what they were signing up for. One of them was killed in 2016. The other married an Australian convert to “Islam” who was killed in a December 2015 drone strike. She too is believed to be dead.  Begum had an easier ride.

Shortly after arriving in Syria she married a Dutch convert. In Syria, the age of consent is 15, a year lower than most places although for some American states it is a whopping 18. She gave birth three times in quick succession, and all her babies died. Then reality set in. In March 2019, her husband gave an interview to the BBC. Speaking in fluent English from a Kurdish detention centre, he expressed remorse for his actions and said he wanted to return to the Netherlands and take his punishment. He sounded sincere. Begum’s only regret is for her predicament, now she wants to return “home”. Having been stripped of her British citizenship, she decided to return to Britain, but Britain doesn’t want her. Alas, she was granted Legal Aid to appeal the decision. In October 2020,  she was granted leave. And now…she is a victim of child trafficking; she was “trafficked” to Syria for the purposes of sexual exploitation. That is the drivel being peddled by a KC  before the Special Immigration Appeals Commission.

Thankfully, not everyone is buying into this, including M15. Sadly though, this is a story we have heard many times before. Women have no agency for their bad acts, and 15 year old girls have even less than none. What are the facts? Whether or not she was assisted by some sort of nefarious agent to enter Syria, Begum and her two friends left the UK on their own initiative.  No one forced them to do so at gunpoint. While it is true that the young should not be dealt with as severely as adults, there are limits. A 12 year old boy who burns down an empty shop can expect much more lenient treatment than a 30 year old man who does the same whatever their respective motives. But here are a few cases for you to ponder.

In October 2013, Philip Chism murdered his teacher, raped her corpse, dumped her body in a copse, violated it again, then walked off with her bank cards and her underwear. He was a year younger than Begum when he committed these unspeakable crimes. Should he not have been held accountable?

In the notorious Slender Man case, two 12 year olds lured another 12 year old into the woods and stabbed her 19 times, including in her heart. Miraculously, Payton Leutner survived. Anissa Weier and Morgan Geyser were tried as adults and received heavy sentences. Finally, and perhaps most thematically, Britain’s most notorious female prisoner is Rosemary West. She was only 15 when she met her husband, and there is no doubt that she was groomed by him in every sense of the word. She went on to exceed him in depravity. Does that absolve her of serial murder?

Shamima Begum may not literally have blood on her hands, but clever semantics and deceptive rhetoric should not absolve her of her crimes. Many traitors have been executed for less. No reasonable person appears to be suggesting she be hanged, but the UK should wash its hands of this wretched young woman. She should not be allowed to return and not another penny of Legal Aid money should be wasted on her.

Those need only this.

No different than the so-called “volunteers” who travel from all across the globe so they can take a shot at someone who looks or speaks Russian. One day they’re kitted out, possibly already involved in hostilities, the next with hands above their heads they’re professing to be ambulance drivers and potato peelers who were led astray and who’d never ever do it again. Honest! Yeah… right. So whatever happened to those Brits who were swapped? They went to Turkey and then news about them vanished.

What did Begum do that was a crime? She went to Syria, joined Islamic State, married a guy and had 3 babies. Are any of those actions crimes? Was it a crime for a person to be a member of the IRA, if he/she did not commit, or abet, a crime? Is it, therefore, a crime to merely be a member of ISIS? Does a 15yo girl – who may not have been aware of the killing of foreigners, or the beheading – have the maturity to realise what she is doing? Or where she is going? Did she carry… Read more »

“Was it a crime for a person to be a member of the IRA, if he/she did not commit, or abet, a crime?”

Yes it was, and many IRA members got jailed here in Ireland for simply been members of the MI5 infiltrated Terrorist Organisation, The Irish Republican Army, and rightly so, as they are a bunch of bandits. 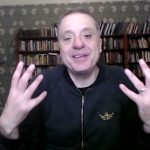 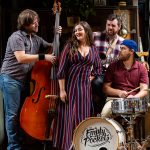