Here is a truly shocking report on atrocities: 119 women and children have been burned to death in Kursk, South Russia.  Note the date, August 1881; don’t blame Vladimir Putin. This is a truly horrible tale, what is claimed to have been not an accident but an act of mass murder against ordinary peasant women. But is the story true? An earlier report filed by a named correspondent claimed otherwise. Yes, a shed was burned down, but no lives were lost. Which report is correct? You choose.

The later report was extracted from the British Newspaper Archive; the other from the actual paper. If you have access to newspaper archives or even if you don’t, you will find numerous conflicting reports of this nature, especially in war-time, as at present.

Atrocities do happen in war, war is itself an atrocity, but let us not play semantic games. The real question is how do we evaluate the veracity of such reports without visiting the scene? Even when people do visit the scene, their reports are often not believed, sometimes with good reason. Those of a certain vintage will remember the so-called Nayirah testimony from 1992. If you are not of  that vintage, here is a short edit of it. In one edit, probably long lost, the reaction of an Arab man is shown; he winces when she alludes to the wicked Iraqi soldiers taking the babies out of the incubators. His emotion was real; Nayirah’s was not.

Last month, it was reported that the top Ukraine official Lyudmila Denisova had been sacked for making up stories about Russian soldiers raping Ukrainian women. She is said to have admitted exaggerating reports of sexual crimes for propaganda purposes. Exaggerating, yeah right.

The biggest criticism I have seen of Russian behavior in this war is that they are too kind and gentle and this prolongs the war.

Anything that comes out of Jew Stream media can be considered Bullshit,Period ! 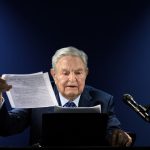 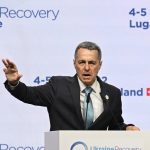