Bill Gates, Jeffrey Epstein, Hillary Clinton, Klaus Schwab, Jeff Bezos, Richard Branson, Elon Musk… and the mega-billionaires/trillionaires some whose names we do not know — push the postgenderist movement, a subset of transhumanism. A reasonably concise definition and description of postgenderism : https://en.wikipedia.org/wiki/Postgenderism

“Postgenderism is a social, political and cultural movement which arose from the eroding of the cultural, psychological, and social role of gender, and an argument for why the erosion of binary gender will be liberatory.”

Postgenderism seems most prevalent in the west (in what were once called “the first world nations“*) as especially pushed by the major media. The big media in the west is (primarily) owned by two capital funds: Vanguard and BlackRock; capital funds which are in turn owned by the world’s most powerful and influential individuals. So, if we accept that postgenderism/transhumanism has become the ultimate goal to be achieved by the most powerful in the west, the question becomes… why and how?

How is quite apparent in the major western media; where cultural influence, education, and acceptance of gender confusion (in conjunction with the overall failure of societal and spiritual well being) is most evident. It is likewise ironic that a viral contagion of the body is also being used as a method how to promote a viral contagion of the mind.

The reason why is more dilute, since suppression of innate instincts that made humankind successful on earth into antiquity is far more of a challenge to do. But by confusing gender and promoting confusion about equality versus inequality, it is 1, easier to rule, and 2, will result in a reduced population (at least in the west) consuming fewer resources.

The big problem for Schwab and other Elites is that the Middle East, Eurasia, East Asia, Africa, and much of Central and South America have not been caught up in the postgenderist/transhumanist propaganda blitz. As such, there is no guarantee that the Elite goal to reduce human population will be achieved (and numbers begin to decline at eleven billion, as conjectured) when not all people of the world accept the notion that gender identity limits human potential.

All the foregoing creates an ideological and practical dilemma for the Rulers of the Planet, at least in the western world. Elites know that the planet’s resources are finite, and that the virus of humanity — as they consider it to be — will either kill the host or the host will kill the virus. Ironically, while the most powerful have sought their own means to achieve eternal life in the earthly domain — for example Alcor — they have unsuccessfully, over time, attempted to limit human numbers by war and famine.

So, perhaps what we see now is an attempt to limit numbers by the confusion of postgenderism/transhumanism in the west, in tandem with new bio-weapons (and their adjuncts) infecting the rest of the world, which just happens to reject postgenderism and transhumanism. Will these population-reduction methods work?

Probably not. And perhaps that is why the Elite’s trips to space are so important to them! 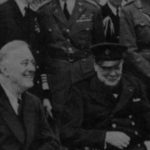 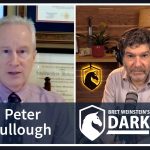