In Eastern Europe and Asia, typically a farmer grows a potato and sells it at the farmers market in town. A vendor who sells potato chips in town buys a large twenty-four-ounce potato for the equivalent of fifty cents. He or she cuts the potato on a rotating razor blade and deep-fries the potato into chips or crisps. He or she makes four brown paper bags of chips or crisps and sells them in the plaza for the equivalent of a dollar a bag. The total value of this transaction is the equivalent of $4.50 USD. The vendor, the small businessperson, puts the money in his or her pocket and this increases the value of the Gross National Product of that country by nothing. For the most part such transactions are unrecorded. They don’t contribute to the Gross National Product, or as the case may be shortly to the Gross World Product.

In the United States and the nations that have fallen under the influence of the United States, the potato sells for fifty cents at the farmers market and the sale is recorded. If any taxes are due, they will be collected. The manufacturer of potato chips buys the potato and makes three large bags of potato chips. The potato chip manufacturer sells the potato chips wholesale to the grocery store for one dollar a bag. The manufacturer records the sell and pays whatever taxes are due at the end of the year. The grocery store sells the potato chips for $1.99 a bag to the consumer. Every step in the production process is recorded and perhaps taxed. The basic value of this one large potato to the Gross National Product of the U.S.A. is about $9.47 cents. Every transaction in the production process of this potato is recorded by big corporations and included in the Gross National Product calculations of the U.S.A.

In the United States the potato supports the farmer, the potato chip manufacturer and the grocery store. As well, the U.S. Government not only taxes the entire supply chain of that potato, but also sells treasury bonds and other forms of national debt instruments based on the strength of the Gross National Product in the U.S.A.

If we look back at the 1970’s when the U.S. economy went off the silver-gold standard, gasoline at the pumps in the U.S.A. under the silver-gold standard was about thirty cents a gallon. After the U.S.A. went off the silver-gold standard, the price of gasoline increased to about one dollar and twenty cents a gallon. Within a few short years the old silver and gold backed U.S. dollars were worth four times as much as the new fiat currency backed by only the “full faith and credit” of the U.S. Government. If the same situation presented itself today, in relation to the potato, the potato would be selling for two dollars at the farmers market and the cumulative supply chain of the potato would be contributing $37.88 to the U.S. Gross National Product calculations.

The corporation might even figuratively lose money on potato chips, thus realizing a tax credit in the U.S.A.. That tax credit could then be used to shield other streams of taxable income earned inside the U.S.A. But wait, how does that help grow the Gross National Product of the U.S.A.?

Since large corporations have figured out how to escape national taxation by “value adding” outside of the U.S.A.; the logical next step might be to begin calculating the “Gross World Product” and to begin collecting a world tax on potatoes. But, how would the U.S. Military get funding from a world tax on potatoes? Well, perhaps a Military Space Force to protect the entire worlds potato crops from potato eating Space Invaders? No, that is too stupid, the U.S. Military and the U.S. Citizens would never fall for that one.

Chip off the old blockpress

You’ve never eaten Pringles chips, have you? Be sure there’s a bathroom close by if you do.

joey_n
Reply to  Chip off the old blockpress

I don’t know about the author, but I can’t say I’ve ever felt sick, be it vomiting or diarrhea, after eating a Pringles-brand crisp. Then again it could just be me. 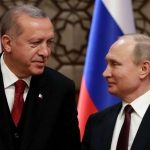