Now this was a bit unprecedented, and hopefully, a good sign; the heads of three of Russia’s top security services were reportedly in Washington in late January.

According to Sputnik, The Head of the Russian Foreign Intelligence Service (SVR) Sergei Naryshkin, along with the Federal Security Service (FSB) director Alexander Bortnikov met with CIA director Pompeo.

Sputnik also said General Igor Korobov, head of Military Intelligence (GRU) was in Washington, though Sputnik did not say whether or not he attended the same meetings, the Journal of Strategic Culture suggested he did, which would be logical.

This is a very exciting event to hear about, certainly not a common occurrence, this would be the equivalent of the heads of the CIA, FBI, and DIA all met in Moscow. It’s quite amazing it hasn’t gotten more coverage. According to the Russian news agency TASS, the Russian Ambassador Anatoly Antonov, himself a military man, confirmed the meeting, saying:

“Sergey Naryshkin was here [in the United States]. He held consultations with his counterparts. Joint struggle against terrorism was discussed. We maintained contact in 2014 during the Sochi Olympics. Of course, we consider joint work this year, during the FIFA World Cup finals,” Antonov said.

He pointed out that joint work by Russian and US special services “is not visible to the readers and viewers,” but it will continue further on.

“Contacts between special services continued even at the most difficult times. Politics will be politics, but everyday work will be everyday work. There are political slogans, but there is also some real work to do,” Antonov added.

Unsurprisingly, rather than seeing the positive aspects that can come out of dialog between the Intel chiefs of the world’s two greatest superpowers, the corporate media immediately rushed to criticize the meeting. The way the Washington Post wrote was very patronizing, and in poor spirit, referencing the words of “current and former U.S. intelligence officials” (of course, these officials are always anonymous).

According to the WaPo, the anonymous officials said ominously:

[They are] worried the Kremlin could conclude the United States is open to forgiving Russia for its actions and was not resolved to forcefully prevent future meddling”, as the description of the meeting apparently “portrayed Russia as a partner willing to work with the United States and said the countries should look for ways to cooperate on counterterrorism issues.”

It seems they would hate to give Russia the idea that the US is willing to “forgive” them, as if Russia needs foreign forgiveness – she didn’t do anything wrong!

May we take a moment to marvel at the Orwellian arrogance, the idea that forgiveness, one of the principal human virtues is a bad thing. The last time three great leaders met at the end of the Great Patriotic War, it was considered a crowning moment of international diplomacy; no matter how different they were, they understand dialog and diplomatic relations was more important. That is called statesmanship, something missing in modern western politics more than ever. The ability to lay aside petty squabbles for the greater good of all. 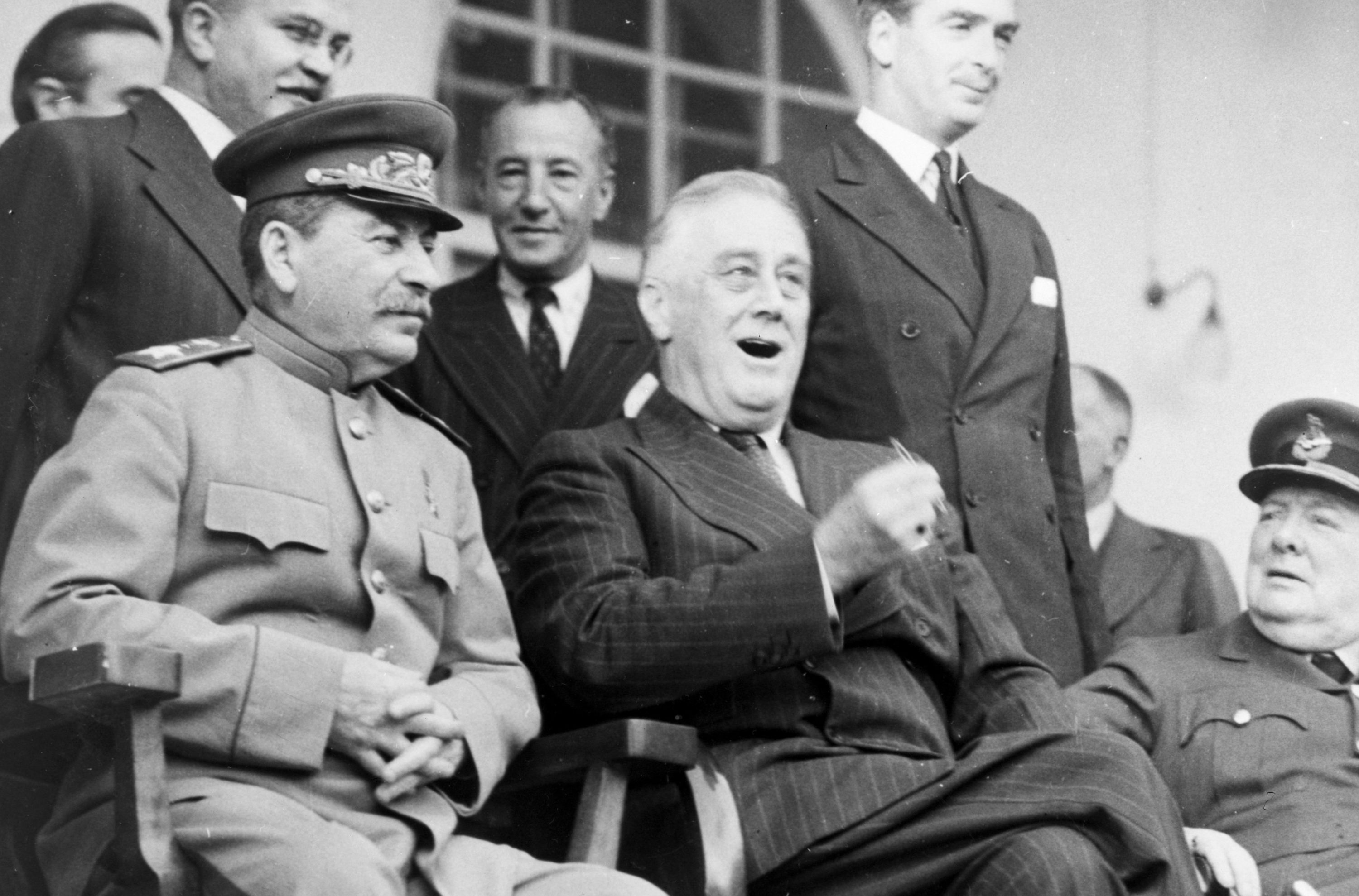 Foreignness is in fact, one of the greatest values humans can have, and a core pillar of Russian Orthodoxy. It’s outrageous that people would frame it in such a light, or talk of forgiveness that way. In the same way, it’s a great shame if people cast a negative light on the meeting of Russian and US officials, when forgiveness and peace, and at the very least dialog is what the world needs the most right now.

No one should speak disgracefully of the work of the Russian officials, in their efforts to maintain to rise above the bad relations and maintain diplomacy. In the words of King Edward III, which became the motto English order of the garter:

The same could be said to anyone who disgraces or wishes to sabotage US-Russian efforts to mend relationships.

In any event, they needn’t worry, as CIA chief Pompeo has already continued to warn of “Russian meddling, and one can only hope the actual meeting was based in realpolitik, which it likely was.

The analysis of the event provided by the Journal of Strategic Culture was very interesting, drawing parallels between these meetings and the ones involving Ukraine between Kurt Volker and Vladislav Surkov, saying:

There was a particular context for this event. It’s important to note that Kurt Volker, the US Special Representative for Ukraine, and Vladislav Surkov, the Russian president’s top aide, also met in late January in Dubai. The American official is known for his stints at the CIA.

While the meeting we are discussing was primarily about counter-terrorism, it’s possible they discussed Ukraine as well. While the meeting was officially between the Russian directors and the CIA chief, the strategic culture article states that Trump must have had a major role in making it happen, saying:

At least one of the Russian visitors is affected by the sanctions constraints. Obviously, President Donald Trump permitted the visit, as he is the only one who is authorized to temporarily waive those restrictions.

The article ended on a positive note, saying:

We may never know what the officials talked about, but the very fact of the meeting speaks for itself. It really is impossible to underestimate its importance. Looks like there might well be a light at the end of the tunnel.

Trump has openly, sensibly, and wisely stated that “Putin is important”, and while his actions seem to be at times unpredictable, and not always in line with his words, generally speaking, he has generally shown to take his meetings with the Russian president seriously. Who can forget the hilarious time when he failed to meet Ukrainian President Poroshenko at Davos due to lack of time, yet he managed to find the time for his good “friend”, the Rwandan President.

Overall, awaiting the legendary, mythical, détente between the US and Russia that Trump was prophecied to bring (both to the horror of the mentally insane, and the joy of sensible people) has been a bit like the idea of waiting for World Peace – theoretically, it’s possible, its what humanity needs, but whether or not it will happen anytime soon is separate matter. Whatever the problem, dialog is the best solution. 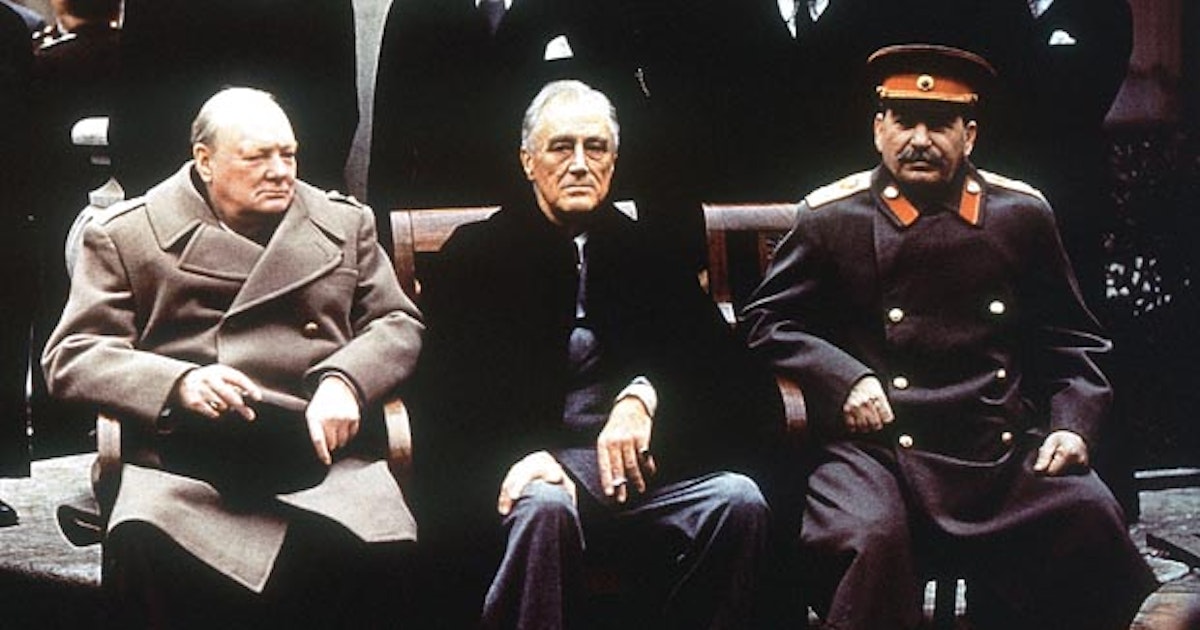 In any event, it’s comforting to know, that even as western politicians find new and impressive ways to break through to another low, that actual serious meetings are still occurring. The Russian ambassador said it best:

Contacts between special services continued even at the most difficult times. Politics will be politics, but everyday work will be everyday work. There are political slogans, but there is also some real work to do.

And to those who still believe in Russia-gate, still believe that dialog with Russia is a bad thing, I leave you with the words of King Edward III:

Shame on those who think ill of it!