An Iranian ship said, by the US, to contain weapons that allegedly anchored off Misrata port, was found to not have weapons in any of the containers following an inspection and a statement by Libyan authorities
in Misrata.

Is it a possible ‘false flag’ against Iran by America, that Haftar confirmed was true, as a way to repay Trump; a quid pro quo to return the favour for Trump’s telephone call of support to the Field Marshall the other week.

Equally the US could use its ‘weight’ with the Serraj’s GNA and its Misratan militias to also say it was as per the US narrative.

Iran has no proven history to have been ever involved itself in Libya since the fall of Ghaddafi.

A small inconsistency exists however, caused by photos of the ship published in both East and West pro Libyan factions.

So here are the two pictures of the ship from Libyan Press (from both sides of the fighting, East and West) that is alleged is detained in compound at Misrata port but none are of the ship actually docked at the Libyan port. Why no actual picture in situ?

PICTURED BY A LIBYAN NEWSPAPER, AL WASAT, (SUPPORTS THE HoR IN THE EAST) SAID TO BE TAKEN AT MISRATA PORT 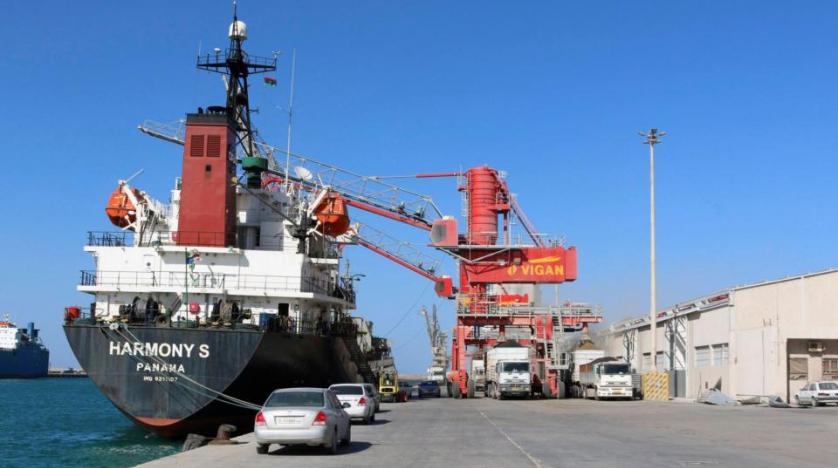 STOCK PHOTO OF THE IRANIAN SHIP THAT APPEARED IN A GNA TRIPOLI CONTROLLED NEWSPAPER, THE LIBYAN OBSERVER. 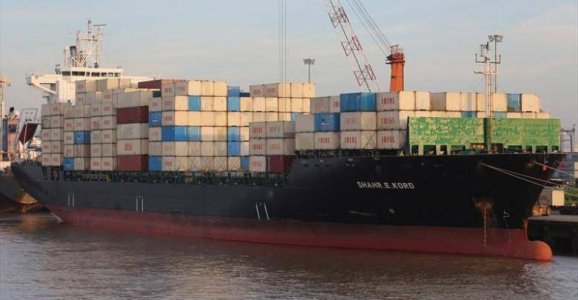 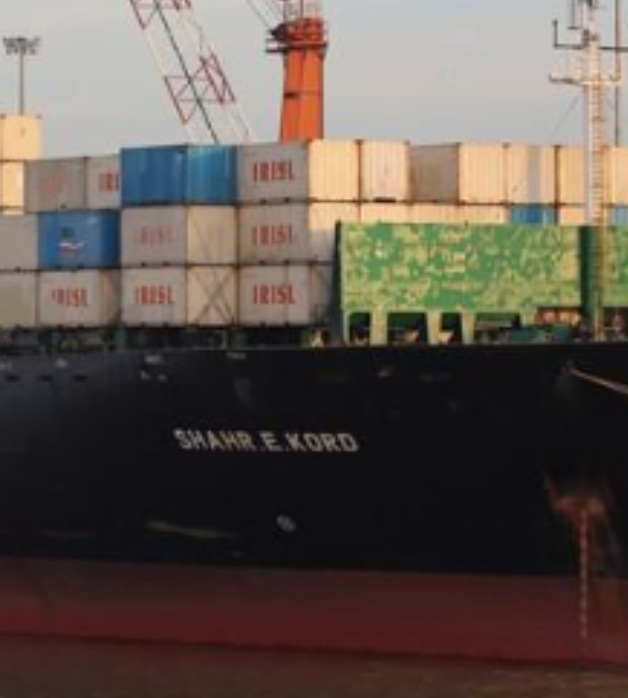 Also the Islamic Republic of Iran Shipping Lines (IRISL) is not owned by the newly US terrorist designated IRGC.

The motive to tie Iran to the conflict within Libya would be to further demonize Iran as being involved in the current escalation of violence in Libya intervening on behalf of Tripoli/Misrata authorities, which would ironically have Iran backing the West’s UN backed GNA Government of Fayez Serraj. How likely is that one must ask? The answer is extremely unlikely. Hence the speculation of a US false flag to ‘build another brick in the case’ for an attack on Iran.

Two days ago, the Haftar propaganda machine used the story of this ship to back a US storytelling that linked Iran, via Qatar and Turkey, to Tripoli’s ‘ Prime Minister’ Serraj.

One can understand that Haftar would have to agree to such a US bidding, should it have occurred, since the Neocons (Bolton and Pompei) of the Trump Administration operating American Foreign Policy use as their, so called, diplomatic modus operandi, the Don Corleone principal “We’ll make him an offer he can’t refuse!”

A detail: it would be interesting to know if the IRISL ship (if it was that ship?) the ‘Shahr E Kord’, switched off his transponder after leaving the Bulgarian port of Burgas, via Latakia, and before arriving at Misrata port and therefore whether it was tracked by international shipping organisations?

As referred to above, even if it was proved it was the Iranian ship, where as of today, some doubt remains, but say it was, no arms were found on the container ship by Misratan Libyans. A mystery that seems very strange.

Some other details make this case curious.

Whilst in the Meditaranian and two days before the ship entered the Misrata port, press reports were leaked that stated:

SEVERAL PRESS REPORTS STATED THIS, AS AT APRIL 24:
“According to US officials, the ship is loaded with arms and ammunition, destined for rebels or militants, controlling Misrata and according to officials, being supported by Iran and Turkey. Bulgaria is known for producing and selling arms to Middle East countries, including most vulnerable ones. The ship was monitored and reported as probably, carrying cargo of arms, by a number of international bodies.”

IRISL container ship SHAHR E KORD was alleged to have had 144 containers on board and berthed at Misrata Libya on April 26. A thorough check of ship and containers didn’t find any prohibited goods, according to Libyan Interior Ministry official statement. The ship nevertheless, is banned from leaving port, because IRISL ships are listed in the US-EU sanctions, imposed on Iranian shipping and Iranian ships.

The IRISL were named with hundreds of other Iranian companies as part of overall general restrictions sanctions back  in 2008.

In 2019, last month, the US designated, amid criticism from the EU, a branch of Iran’s Armed Forces, the IRGC.

The grey area is that the IRGC has involvement, in different degrees, in a variety of industries and companies; in Iran’s banking and shipping industries, for example,
which complicate matters with US allies.

The upshot of these US neocon games, intended to provoke Iran, the latest of which was the recent new IRGC designation by the US makes it easier to prosecute (or at least intimidate) any countries companies or individuals that try to do business with Iran.

The story around the Iranian container ship SHAHR E KORD, and what’s going on, remains unclear and unconfirmed.

An actual photo of the ship at the Misrata port would help dispel some of the mystery surrounding this affair. The Iranians have denied the stated account.

“No ship has been seized, nor carried weapons” said Mohammad Saeidi, the head of the Islamic Republic of Iran Shipping Lines, on Sunday.

“There are disagreements with the Libyan government over ‘a ship’, but it’s not been seized, and we are in talks to settle the differences,” he added.

“An African news agency has published the incorrect news. We’ll announce the results of our talks later,” the top official added.

***The U.S Treasury’s Office of Foreign Asset Control (OFAC) blacklisted the Shahr E. Kord on November 5, 2018, the day that the Trump administration reimposed sweeping economic sanctions on the government of Iran. U.S. entities are prohibited from doing business with the Iranian shipping sector, and foreign firms that engage with IRISL or the National Iranian Tanker Company (NITC) face the possibility of losing access to the U.S. financial system and U.S. markets.

All about mossad agents having what they call fun , the snakes that they are with their compatriots in the pit ,the CIA .