Dr. Peter Breggin, a psychiatrist, has written more than a dozen bestselling books on psychiatry and the drug industry. He’s frequently referred to as “the conscience of psychiatry” because he was able to successfully reform the psychiatric profession, abolishing lobotomies and other harmful experimental psychosurgeries.

This past year, he’s homed in on COVID-19 and the fears around it, which is the topic of this interview. He also started researching the history of Dr. Anthony Fauci, who has been the face of the White House Coronavirus Task Force, learning more than he bargained for in the process.

“He just looked like this kindly gentleman, until I started to listen to what he was saying and to look into what he was doing,” Breggin says. “In early April, [my wife] Ginger brought this scientific article to me and said, ‘Honey, this looks like it’s impossible, it’s fake or something.’

It was a 2015 article by a big team from North Carolina [led by] Ralph Baric,1 He’s the final author on it and the power behind it, although the lead author is Vineet D. Menachery.2 This article is talking about making a coronavirus that’s going to be a new epidemic agent. They’re talking about it. They’ve actually accomplished it — and it’s a SARS coronavirus.

It’s a virus that will infect the lungs that comes from bats … And they’re checking it out and they find that it will infect human lung epithelium. They give it to mice and the older mice are getting very sick and ones that are compromised die.

It sounds … [like] the precursor of SARS-CoV-2. They even tried, by the way, to make a vaccine for it and they couldn’t. And I’m thinking, ‘My God, what’s going on here?’ And then I look down the line of all these authors. There are [two] Chinese names there … and they list themselves as being from the Wuhan Institute of Virology.

And then I look who’s funding it. Well, China is funding it. And Fauci is funding it from the National Institute of Allergy and Infectious Diseases. I’m thinking to myself, ‘My God, we’re giving the Chinese a biomedical weapon’ … [The two Chinese authors] turn out to be two of the very, very top Chinese people in this, what is essentially a military lab. The Wuhan Institute, nothing like that is anything but military in China.”

What Is Fauci’s Role in the Bio-Assault on the World?

Breggin claims he was able to share the information with someone close to President Trump, and three days after sharing this finding, the president canceled the U.S.-Chinese research collaboration that was working on coronavirus gain-of-function research.

However, Fauci quickly took hold of the American research efforts and in October 2020 injected additional funding. Some of that funding will surely still end up in China, Breggin says, by way of the EcoHealth Alliance, which for years has subcontracted research work to the Wuhan Institute. Fauci also gave additional money to the University of Texas. Breggin explains:

“In Galveston, there is a Level 4 biosafety lab that can work with the most dangerous viruses. So, I decided to look into this. It’s not great magic to it, you have to use some search engines like DuckDuckGo. I [searched for] ‘China’ and ‘the Galveston Institute,’ and I got … a press release … bragging about their relationships with the Wuhan Institute, working on viruses.

So, no wonder he’s sending them money. I start digging deeper and I come across a letter from the education department to the University of Texas, saying they’ve not been forthcoming about their connections to China and the Communist Party (CCP), and in particular from the institute in Galveston.

So, I’m looking at this network of connections with China. They list them all. We have a blog out about that too now. And I realized there’s nothing stopping Fauci. Absolutely nothing is stopping him. He is going to carry on his assault on the world. And Fauci knew that the Wuhan Institute was unsafe.”

Breggin delves into some of the backstory that helps explain what’s been happening. In 2014, then-President Obama called for a moratorium on gain-of-function research [making harmless viruses virulent] in the U.S. He did not, however, mention collaborations with the CCP. To get around Obama’s moratorium, Fauci outsourced the gain-of-function research to the Wuhan Institute.

Based on the evidence, which Breggin details in a recent report featured in “Fauci’s Treacherous Ties to China and Globalists,” Fauci appears to play an important role in the global takeover by technocrats.

Technocracy is an economic system in which the world is ruled not by democratically elected politicians but by technocrats — a conglomerate of ultra-wealthy elites, scientists and technicians whose aim is to rule the global population and the allocation of resources through the use of technology.

Fear Is the Tool of Tyrants

Breggin was asked to be the medical legal expert in a lawsuit to put a stop to the never-ending emergency edict by the governor of Ohio. In his medical legal brief,3 Breggin detailed why shutdowns aren’t working, and the harm they inflict on the population.

This lawsuit has also stirred up other anti-lockdown projects around the U.S. You can find more information about all of this on Breggin.com. It’s important to recognize that the primary tool that enables local and state leaders to implement unconstitutional mandates such as universal mask wearing, business shut-downs and draconian stay-at-home orders is fear.

Unless people are terrified, they won’t agree to such freedom-robbing edicts. This is a well-known fact, and as noted by Breggin, there’s an entire school of research within public health on how to frighten people, known as “fear appeal.”

This is very incriminating evidence of Fauci’s commission of Crimes Against Humanity.
I sent a copy to the German Corona Investigative Committee for Fauci to be considered a defendant in their Class Action Lawsuit against all those responsible for creating this plandemic. They are suing them for Crimes Against Humanity.
If you haven’t yet informed yourself of what this organization is doing since it was formed in July, I suggest getting current with this most important support for justice and we the people:

Interesting Mercola refuses to allow Breggin to give props to Trump at all, and “deep state” is also a banned term- must reroute that thought train too! Ha. Well, good job finding some actual truths, anyway! How do you denounce globalists and simultaneously ignore the “deep state?”

Mr Fauci should be in jail!

It must be the truth because YouTube yanked it down for violating their terms of service — which includes not telling people the reality of things.

That said, do you have a link to the video on a free-speech platform? 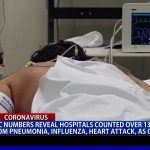 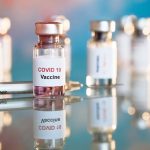