On September 11, 1973, Salvador Allende’s democratic government in Chile was ousted by United States-backed forces in one of the Cold War’s defining moments. Allende himself was killed during the coup while his presidential palace, La Moneda, was extensively bombed. Many thousands of Chileans were either murdered, “disappeared”, imprisoned, and coerced to emigrate or enter exile. Allende’s widow and family were forced to go into hiding in Mexico for many years.

In replacing Allende the Americans installed General Augusto Pinochet, one of the most notorious of the post-Second World War dictators. During the next 17 years of Pinochet’s dictatorship around 40,000 Chileans were tortured – often under the most sadistic fashion and overseen by doctors in the Josef Mengele style (the Nazi doctor at Auschwitz). The doctors would ensure the victims would remain alive for as long as possible, administer medication to resuscitate them, so the torture could then recommence.

A Chilean who suffered such treatment in these chambers, but survived and later became an international lawyer, was asked where these doctors are today? He replied, “they’re practicing in Santiago”. There have been a number of Mengele-style doctors not only walking free in Chile, but resuming employment unhindered.

There have been no calls from the United States or Israel to bring these Nazi-style physicians to justice. Indeed, the Pinochet regime was already protecting Nazi war criminals such as SS Colonel Walter Rauff, creator of the gas chambers, and Mengele himself.

As the US’s population is approximately 18 times bigger than Chile’s, with an infinitely bigger landmass, the Chilean 9/11 was felt on a far greater scale. Indeed, it was also more destructive. In the US’s 9/11, the White House was not bombed, the President (George W. Bush) was not killed, its people were not imprisoned and tortured en masse after the initial crimes were committed, a brutal dictator and his death squads were not imposed.

Before the Chilean coup in 1973, the country had been a lively, vibrant place where people were welcoming and cheerful. The Pinochet years afflicted upon the population persistent feelings of terror and suspicion.

A few days after the coup was implemented National Security Adviser Henry Kissinger described the situation in Chile as, “Nothing of very great consequence”. Except to the people of Chile that is. Following Allende’s election three years before, Kissinger told CIA director Richard Helms over the phone, “We will not let Chile go down the drain”, to which Helms responded, “I am with you”.

Kissinger, a future Nobel Peace Prize winner, had been implicated in other war crimes such as an open call for genocide in Cambodia in 1969, “Anything that flies on everything that moves”.

Disturbed by Allende’s election victory in early September 1970, US President Richard Nixon ordered the CIA to, “prevent Allende from coming to power or to unseat him”. Allende was not due to take office until two months later. The US State Department suggested to, “let Allende come in and see what we can work out”, – the words “work out” denoting a sinister undertone judging by the record books.

However, President Nixon rejected the State Department’s proposal, protesting the possibility of, “Like another Castro? Like in Czechoslovakia? The same people said the same thing. Don’t let them do that”.

President Nixon expressed caution saying that, “We don’t want a big story leaking out that we are trying to overthrow the government”, before warning Kissinger “to be sure the paper record doesn’t look bad”. Kissinger forwarded to Secretary of State William Rogers that, “The President’s view is to do the maximum possible to prevent an Allende takeover”.

The aim of the Nixon administration in attempting to overthrow Allende’s incoming government was to destroy independent nationalism, or what was called a “virus” that might “infect” others – the domino effect. After all Henry Stimson, the US Secretary of War during World War II, described Latin America as “our little region over here which has never bothered anybody”.

Chile obviously came under the auspices of “our little region”, despite the fact its capital Santiago is over 8,000 km from Washington. The rights of nations to manage their own affairs is an unacceptable prospect to US planners. We see examples of this to the present day.

In the meantime, “the maximum possible to prevent an Allende takeover” failed as the former physician successfully assumed office in November 1970. The CIA had been sent to work in building support for Allende’s rival, former President Jorge Alessandri, but to no avail. Instead the CIA exerted covert pressure, including paying millions of dollars to opposition groups to speed up Allende’s ousting.

The four-week tour of Chile by Cuban leader Fidel Castro in late 1971 further alarmed policymakers in the US. Allende himself had visited Cuba about a decade before, and had been impressed by the progress made by Castro’s revolution, before again visiting the island nation in 1972.

By the following year Allende was ousted and killed, with crucial CIA input, as Pinochet went about privatising the Chilean economy to suit American corporate requirements. The “Chicago boys”, neoliberal Chilean economists trained at University of Chicago, were welcomed into the government – and were supported by the IMF and the World Bank.

The Chicago boys’ policies had a disastrous effect on the population as unemployment more than doubled between 1974 and 1975, to over 18%. By 1983 unemployment further rocketed to 34.6%, far worse than the Great Depression in the US.

The population revolted at various stages but this is where Pinochet’s brutal methods of repression came in useful, and was no doubt welcomed by the US government, IMF, and so on. Furthermore, Pinochet was a major drug trafficker who sold cocaine to the US and Europe in the 1980s, amassing a personal fortune in the process, along with his cronies. Pinochet, who also had links to Colombian drug dealers, said “Not a leaf moves in Chile if I don’t move it – let that be clear”. Meanwhile, the population continued to slide into poverty and desolation.

But it’s Russiagate that shocks us.

A coup in a banana republic during the Cold War has nothing in common with a terrorist attack by a non-state actor. Why not call the Mongol invasion of China the first 9/11? 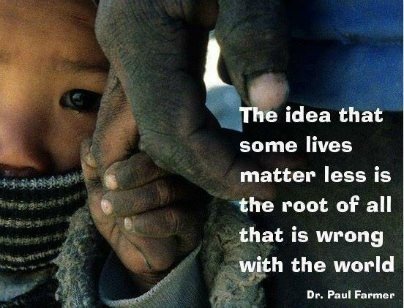 Allende’s Chile wasn’t a banana republic – he was democratically elected (and Chile isn’t tropical). The US/CIA worked hard to produce a coup that created a military dictatorship and murder/torture regime. The idea of calling that coup the first 9/11 is not to say it is similar to Sept. 11, 2001, but rather to point out that it was a bigger event on the World stage, affecting more people, with US responsibility, that most US citizens ignore or know nothing about.

9/11 led to the invasion of Afghanistan and Iraq. Those are the most consequential things that have happened in the 21st century. They led to the deaths of far more people. The coup in Chile was not one of the most consequential things in the 20th century. It didn’t have significant consequences outside of Chile. It wasn’t the turning point of the Cold War. The fact that the army overthrew and murdered the president with the approval of the US government and US corporations is a pretty major clue that Chile was a banana republic at the time. Just substitute… Read more »

I, and many others believe that the 9/11 attacks were a false flag created by US traitors and used as justification for a legion of other crimes and Deep State expansion. There is a huge amount of evidence available for that, which is documented by indy news sources and censored by the CIA/DOD controlled MSM. Wesley Clark noted in an interview that Cheney had already internally announced plans to invade 7 Middle Eastern countries by the end of Sept. 2001, and he had triggered the COG program (still going) which he and Rumsfeld had been working on since the 1970s.… Read more »

Maybe you should take a look in the mirror!

In a stereotypical banana republic, income inequality is dramatic: one finds an ultra-rich minority, a poor majority, a small or nonexistent middle class, and a lack of upward mobility for most of the population.

The US can’t conjure up a coup out of thin air. Look at the failed attempts by the CIA to overthrow Castro or Saddam. There was enough division between the army and the government in Chile that a coup could have happened anyway. In the event, the US did encourage the coup. The US and the Soviet Union were using lots of smaller countries as the battlefield of the Cold War. The US backed some sons of bitches but the Soviets backed the more murderous sons of bitches. The US generally had to pick the lesser of two evils. Chile… Read more »

ANd did ussa gave a chance to the morer of tho evils?

USSR backed North Vietnam, Cuba, Angola, North Korea – USA backed Pinochet, Sujarto, D’Aubuisson, and the like. USA has slaughtered an estimated 25/30 million in the post war era – and committed the GREATEST crimes in WW2 – firebombing every Japanese city, etc. You sir, are either deeply confused, or, well, a guy like you would never admit to that – so, I’m guessing just your every-day amoral slug.

They don’t grow bananas in Chile. The country was far more democratic and culured than USA – before the US sponsored Fascist Coup.

Oh – And 9-11 was not a “terrorist attack by a non-state actor” – as all intelegent people know with absolute certainty – it was carried out by a state actor – USA.

September 11, 1973 Chile and the United States: Declassified Documents Relating to the Military Coup National Security Archive Electronic Briefing Book No. 8 Washington, D.C. – September 11, 1998 marks the twenty-fifth anniversary of the military coup led by General Augusto Pinochet. The violent overthrow of the democratically-elected Popular Unity government of Salvador Allende changed the course of the country that Chilean poet Pablo Neruda described as “a long petal of sea, wine and snow”; because of CIA covert intervention in Chile, and the repressive character of General Pinochet’s rule, the coup became the most notorious military takeover in the… Read more »