Most Americans are unaware of the “Banana Wars.” These were a series of American military interventions in Latin America a century ago to support American business interests. The United States treated Latin American nations as colonies, and still does by using covert methods. Control is maintained with bribery, blackmail, assassinations, sanctions, and election rigging. This sometimes fails and a coup is required. The role of the United States usually remains hidden in these regime changes, but sometimes it becomes obvious, like in the 2009 coup in Honduras.

This is exactly why the South American continent is so poor ! The Americans have been sucking the blood out of all those countries for many many decades. Just recently , with the arrest of El Chapo , America now controls the whole two continents drug trade , that is a massive feat in itself , never mind the thousands of lives lost through drug wars . But now it all comes home to bite them on the bum , the hundreds of thousands queuing up at the borders , because they have nothing , trying to gain access into… Read more » 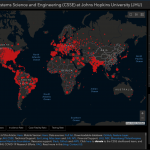 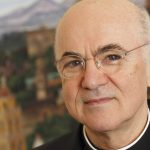