Victoria Kagan-Nuland is known for many things. Beside her “F*ck the EU” proclamation, the imperial Khanate-Kaganite is mostly renowned for warmongering and the Ukraine debacle, where US State-inspired horror, death, and destruction still rage. So imagine our surprise when US State’s Daughter of Darkness confronted El Salvador’s somewhat misguided president about bitcoin. One can only wonder what is at work here.

As we have explored, Bitcoin is a convenient vehicle for the print-happy Federal Reserve to extinguish inflationary punter capital, while the Fed’s modus operandi ‘rinse and repeat’ is just too valuable to abandon. But when a slightly rogue autocrat announced his intention to launch El Salvador as a bitcoin-based haven on advice from a guy known for his bacon-wrapped food items, perhaps that was just too much for the maladjusted souls who infest US State.

Nuland evidently mouthed platitudes and condolences to Bukele, that he could be so stupid to fall for a Wall Street-condoned swindle where share vaporware like MicroStrategy sells for hundreds in near-bog roll notes, which Wall Street leverages for its thievery and the profound hypocrites who tout for bitcoin claim to detest.  But Nuland was obviously loathe to inform the wayward el presidente that, “No amount of SHA256 mathematics can delete human prejudice, and no blockchain ledger can logic away human cruelty.”*

Even if the vampiric legacy’s performance with Bukele was largely symbolic, the miscreants at State may have wished to warn the diplomatically unwashed about bitcoin’s future, lest erstwhile US lackeys such as el Salvador be misabused that some alternative to US bog-roll paper notes exists.  Bukele should recall that when the contagion hit the first thing the Great Unwashed reached for was their Quilted Northern.

But let’s assume the Khagan of US State’s Khaganate wished to inform Bukele that one of her Transylvanian own met with an untimely end in a foreboding bitcoin moment, and that there is indeed trouble ahead. Since the depraved minions at State worked for decades to destabilize El Salvador perhaps Nuland felt some pity for Bukele now?  Who knows. What’s interesting is that US State’s blood-beast appeared in El Salvador at this unique time, when  two bitcoin messiah’s, Mircea Popescu and John McAfee, passed nearly on the same day.

The only ‘factual’ news report about Mircea Popescu’s “death” reported his identity as being of “Polish nationality” when in fact Popescu was Romanian. Administrative error? According to my source, Popescu’s remains were not positively identified by the Costa Rican government, with disposition unknown in a scenario reminiscent of bitcoin magnate Gerald Cotten. What’s fascinating is that the public and media obviously cares less about what really happened to Popescu, much less than about whatever happened to his “million” (quantity) in bitcoin private keys. No dead man’s switch here; certainly if the death were faked.  Yes, greed… is good.

Again, there is no formal Costa Rican governmental confirmation that the remains of Mircea Popescu were positively identified. And recall that criminal US financier Bob Vesco resided in Costa Rica for many years before eventually fleeing to Cuba where he died (?) while incarcerated for fraud.  Vesco’s Costa Rica job was of course before criminality had been fully 1000% institutionalized as a modus operandi by hedge fund managers & Primary Dealers, and fugitive financier Robert Vesco was way ahead of his time.

Popescu’s strange and unfortunate accident was as strange as the man himself and occurred on (or about!)  the same day as another bitcoin messiah, the brilliant but exceedingly troubled John McAfee, committed suicide in a jail cell in Spain.  Saint or sour, there is no doubt McAfee held a significant amount of cryptocurrency.

Regardless of the public’s obsession with their crypto… McAfee, Cotton, and Popescu are typical of the ultimate hodlers.  Re hodlers. It’s estimated that at least one-quarter of existing “mined” bitcoin — it’s not really mined — has been lost, stolen, seized, squandered or otherwise kaput.  Which means the real ‘market trade’ of bitcoin is actually quite small.  The Grayscale Trust and MicroStrategy market caps and their related volume in Thieve’s Street trade represents far more in daily trade than does bitcoin.

So why is State’s “daughter of darkness” so interested in El Salvador’s bitcoin gamble at a time when two lions of the virtual currency passed, and on the same day?  Perhaps a bacon-wrapped food item holds that private key…

Biden admin consists of 99% zionists. Victoria Nudelmann (her real name) is one of them. Zionists run the bankster cabal who print dollars and euros out of thin air to prep up the Wallstreet zionist mafia cabal that is handed this printed FED ECB money to buy all assets for pennies on the dollar/euro. Its financial Apartheid. They tax us poor whilst this 1% cabal enrich themselves using our money. TheGreatReset is already happening.

What a meandering, multi-vectored yet non-focused article, with next to nothing about the headline’s vampiric protagonist. I suggest more classes in effective writing to the author.

I think the focus was there, you just allowed yourself to get side-tracked by the details needed to explain it.

The title is The daughter or darkness” – isn’t that a typo? Shouldn’t it be The Daughter OF Darkness?

“Daughter Of Darkness”,would of been a better headliner….Victoria Nuland is kinda Evil and the title would of been apt,for a woman who sowed the seeds for a bloody war.On a twisty level ,she is in a class of her own…p.s .definitely right about the title error..

what a useless article. After reading halfway down, I still could not understand what the author was really trying to say. Is this “journalism”? 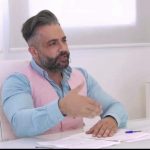 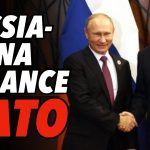