Sources  reported that the Turkish factions in “Afrin”, north of Aleppo, have converted large areas of agricultural land into farms of narcotic weed.

The sources said that the “Ankara factions” after they displaced the residents of “Afrin” from their areas, seized agricultural fields that were planted with fruit trees and agricultural crops, and turned them, under Turkish supervision, into fields for growing narcotic drugs.

The sources pointed out that the militants cut down trees in large areas of those fields to replace them with weed, noting that the “Ahrar al-Sham,” “the Levant Front,” “Sultan Murad”, “Ahrar al-Sharqiya” and “Al-Amshat”, were the main leaders in this operation.

The drug fields were concentrated mainly in the “Rajo” sub-district in the countryside of Afrin, especially in the villages of “Maidan Ikbis”, “Kharab Suluk” and “Sorka”, where weed and the narcotic “hemp” are grown.

According to the sources, most of the members of the Turkish factions in northern Syria are addicted to drugs, weed and narcotic pills, in addition to the fact that they have turned drugs into a trade that adds profits to their sources of funding in addition to kidnappings, theft and imposing royalties on the residents.

It’s noteworthy that the “Afrin” areas have been living in a tragic situation under the control of the Turkish forces and the factions loyal to them since their control in March of 2018.

LIFE CHANGING OPPORTUNITY BE an Internet HOME-BASED real Earner.I am just working on facebook only 3 to 4 hours a Day BHG and earning £47786 a month easily, that is handsome earning to meet my extra nhj expenses and that is really life changing opportunity. Let me give you a little insight into what I do…..

“farms of narcotic weed.”
“weed and the narcotic “hemp” are grown.”….
What does that even mean?…’weed’,is NOT a narcotic and hemp is not used fir recreational or medicinal value… 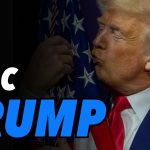 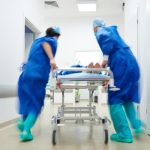