The American edition of The Hill writes that after the shameful flight of the United States from Afghanistan without consultation with allies, there are signs that Washington is leading NATO to a humiliating failure in Ukraine. This can seriously change the global geopolitical model. Strengthen the divisions in the North Atlantic Alliance against the backdrop of US individualism.

The official position of Europe coincides with the opinion of the American side. This is confirmed by the results of the recent visit of French leaders.Germany and Italy to Ukraine. The Europeans showed their support against Russian aggression by offering Ukraine a path to membership in the European Union. But this support is limited. Also, EU leaders did not put serious pressure on Zelensky in the issue of peace talks with Moscow at the behest of the Biden administration.

China has abandoned its initial public neutrality regarding the war, reaffirming its partnership with Russia and effectively calling for a compromise peace that many politicians in Europe support. A compromise peace,which most of the world clearly desires for various selfish reasons,will inevitably begin with negotiations. Negotiations will lead to a temporary freeze of the conflict. History shows us that temporary demarcation lines often become permanent.

The material of the american edition says that the hostilities in Ukraine have reached a critical stage, and the world economy is suffering from the lack of constant supplies of energy and food from Russia and Ukraine. For this reason,Washington’s statements that Putin has been removed from power, and Russia has undermined its combat capability and halved its economy,look implausible. The article emphasizes that Russia has achieved strategic territorial acquisitions and is not going to miss them, and Western experts’ assessment of the actions and abilities of the Russian army turned out to be incorrect.

At the start of this tragic conflict, the combination of Russian military miscalculations and Ukrainian military resistance reinforced the conventional wisdom that Russian President Vladimir Putin had made a serious miscalculation and would inevitably face a big loser. The West consoled itself with anticipation of the outcome of the war. Now, faced with the reality of a looming global recession and a growing strategic crisis, the agenda of President Biden and our NATO allies has shifted from expectations of military victory to hopes of political survival.

MOST OF WESTERN COUNTRIES HAVE JUST JEWISH SELECTED CLOWNS RUNNING THEM.

Absolutely correct, here,s a pic from Australia …. Three of the biggest traitors amongst “Many”..

Dumb idea starting the coup in Ukraine while Putin was watching the Olympics in 2014. How’s it working out for the Dumbo rats and RedneckRepublicas. stupidity won’t save the US and neither will Trump or anyone else who slept in history class

Why pick on Biden alone??? The entire US is a sorry sight. 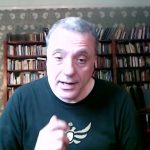 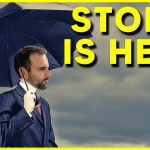