The former president of Kyrgyzstan, Almazbek Atambayev, survived an assassination attempt in Bishkek when his car was shot at, Russia’s RIA news agency cited an aide as saying.

Friday’s apparent assassination attempt against Atambayev, who was freed from prison amid unrest following a disputed October 4 parliamentary vote, marked a new escalation of violence in the Central Asian country.

Hours earlier, President Sooronbay Jeenbekov, who is facing calls to step down, declared a state of emergency in the capital and ordered troops to quell unrest.

Chaos has gripped the capital since the controversial parliamentary election held less than a week ago, with supporters of rival political groups taking to the streets. The results of that election have now been annulled.

Atambayev was once close with his successor Jeenbekov, but the pair fell out shortly after the 61-year-old won the country’s last presidential election in 2017.

Of course there are several people in central Europe who dearly wish to re-establish the Austro Hungarian Empire.

It is remarkable that this group are again seeking to defeat Moscow after they failed twice in the last 100 years.

The British won a war in the Crimea in the late 1850s only to realise it was all, literally, in vane.

The contemporary central European politicians are no more than manufactured confections with little ability apart from appearing occasionally in the media to persuade and mislead the people.

As for the cultural aspects, the belief systems and the moral codes of the European leaders and their associates: perhaps some light can be shed via these videos:

Regarding central Europe; some readers may find this information of interest:

As for the cultural aspects, the belief systems and the moral codes of the European leaders and their associates: perhaps some light can be shed via these videos:

Where are the links to these please?

Al Jazeera scaremongering on western behalf. A shills’ rag, not worth reading. 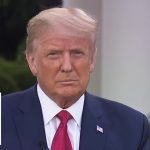 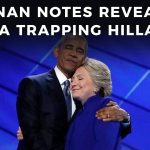