Private sources revealed one of the methods used by “Jabhat al-Nusra” to steal relief aid that enters through the “Bab al-Hawa” crossing, which is under the control of “ISIS” and the Turkish forces supporting it, north of Idlib.

The sources pointed out that most of the relief aid that enters the Idlib areas is sold as the products of private companies, instead of being delivered to their owners in the random camps scattered in the governorate, noting that the process is done by replacing the aid packages with others bearing the names of private companies.

The sources confirmed that the process of stealing aid and forging its packaging is carried out by the organization with the participation of Turkish officers present at the “Bab al-Hawa” crossing. Instead of the aid going to the camps directly, it first enters “Hangars” behind the “Social Affairs” building in the area, under the pretext of “inspection routine”.

What is going on inside these “hangars” is to replace as many removable wrappers as possible from the relief aid, and then repack them with the names of private companies using machines dedicated to this matter, and finally put them on the market as products of those companies.

Dozens of media reports, accompanied by the statements of several international relief organizations, have previously talked about the thefts of relief aid directed to the residents of random camps in Idlib governorate, especially since the way to enter this aid passes exclusively through the “Bab al-Hawa” crossing, which is under the control of the Turkish forces and “Jabhat al-Nusra”.

The thefts of relief aid increase the suffering of the residents of the informal camps, who live in very poor conditions, with a near-lack of health and service supplies in their camps, in addition to the apparent neglect by the organizations that “Turkey” imposed to be responsible for those camps.

Turkish officers ……
isn’t Turkey a NATO member spreadind democracy and jsutice all over the world?
what a laugh ….

History on Parade
Reply to  magicmirror

Turkey is a case study in something or other. Someday, somebody will figure it out.

I thought they had an open account at Bank of America.

The Law of Unfortunate Occurrences
Reply to  Strange.....

Jimmy Le Mess took the login password with him to his grave. 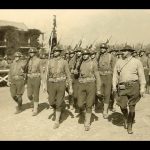 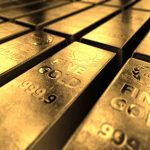