Isaac Newton may have laid the foundations of modern physics, but professors at Sheffield University reportedly think he benefited from “colonial-era activity,” and the engineering curriculum should be “decolonized” as a result. Isaac Newton’s three laws of motion and universal gravitation form the core of modern physics, which is as apolitical a subject as one can imagine.

Beam us up, Scotty. Pretty please.

Well what can we say?

Back to social science…

Wow. Disenfranchise the white scientist of all major discoveries in history. Then, some quick thinking low life who couldn’t discover shit in his toilet, claims a patient on those discoveries. Wow he’ll make a fortune off the back of Pythagoras. Galleleo’s telescope, James Watt’s Steam engine. Etc etc etc. I am sure the Wright Brothers were racists as well. We’ll all have to pay a fortune to use inventions we take for granted.

Are you at the precipice yet?

What about Richard Wagner ! – Tristan and Isolde. Burn the manuscripts! Do away with opera.

If gravity is “racist” because the one who discovered gravity “benefited from ‘colonial activity’” then we better do away with everything around us, including Sheffield University and its professors, in fact all universities, have benefitted from colonial activity. The ancestors of all of us benefitted financially from colonial activity, just as those woke professors today are benefitting from the West’s current and recent wars of exploitation waged against less powerful countries today, including being handsomely rewarded for teaching the woke nonsense they are teaching today’s students.

Someone has been dropped on their head…..?must be gravity to blame.

In my Ph.D. program,, I was trained to think logically.. What the hell are they teaching today?

I disagree. It is insufficient to repeal the laws of gravitation,we must go further. You see the underlying problem lies in the anti-feminist nature of logic. Logic is the tool of masculinist oppression. Down with Logic! Long live pudenda! 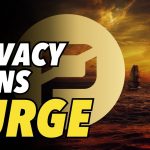 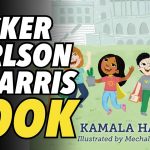