The Duran’s Alex Christoforou and Editor-in-Chief Alexander Mercouris discuss scripted claims on CNN, made by Obama mouthpiece Susan Rice, that “foreign actors” and “the Russians” could be behind violent riots throughout the United States.

Former Obama administration national security adviser Susan Rice bizarrely suggested in a televised interview Sunday that the Russians could be behind the violent nationwide demonstrations following the in-custody death of George Floyd, although she offered no evidence for the incendiary claim.

Rice’s made the claim after top Democrats insisted for years that the White House had conspired with Russia, although Special Counsel Robert Mueller found no evidence to support any conspiracy with Russia by any U.S. actor to influence the 2016 election. Her remarks also came amid efforts by Democrats to pin the blame on outside white supremacist agitators, even though data suggests the vast majority of arrested protesters in recent days are local.

Rice’s claim that Trump praised white supremacists has been debunked. Like Rice, Trump specifically made a distinction between peaceful political protesters and white supremacists, whom Trump said he condemned “totally.” (“Very fine people” were protesting the censorship and removal of a Civil War statue, Trump said.)

Rice continued: “We have peaceful protesters focused on the very real pain and disparities that we’re all wrestling with that have to be addressed, and then we have extremists who’ve come to try to hijack those protests and turn them into something very different. And they’re probably also, I would bet based on my experience, I’m not reading the intelligence these days, but based on my experience this is right out of the Russian playbook as well.”

"This is right out of the Russian playbook" pic.twitter.com/luXiPV0bOq

Even left-of-center commentators were bewildered by Rice’s claim, which was not supported by any evidence. Although Mueller concluded that Russian-linked actors sought to use social media to influence the 2016 election, no evidence surfaced to show that their effort was successful in any measurable way. Earlier this year, the DOJ abruptly dropped Mueller’s once-heralded prosecution of a Russian troll farm, just days before trial.

This domestic terrorism thing is a really bad, bad, bad, bad deal. Right now “domestic terrorism” is not a term that is defined anywhere in American law. It is a concept that has been floating around for quite a while. All the illegal acts of rioters are already illegal. Justice can already be served under the existing laws, but you see that multiple police departments in major cities are NOT enforcing those laws in order to stop the riots. And, to top it off, the security agencies already have the legal right to spy on American citizens who are suspected… Read more »

Dee Cee. Your point that should be blindingly obvious but somehow isn’t, sad, won’t end well.

Not surprising at all…How so utterly typical American: always blame someone/something else.

Oh please. Back to the twilight zone files for that one.

protests which are theoretically constitutionally protected are made illegal by becoming riotous. A public protest is generally constituted by people who share a position but don’t necessarily know one another. To take control of such a group has become the function of significant part of police training. This is not a new development. A grand investigation of the violent protests at the 1968 Democratic Convention determined that 1 out of every 6 ‘protesters’ was a local undercover police or a federal agent sent to Chicago for the specific purpose of causing violence. This is how an oligarchic government works. This… Read more »

The offending cop, Chauvin, looks like he was definitely on something. He was nonchalant & uncaring while Floyd implored that he couldn’t breathe. Someone should’ve done a blood test on him after he was arrested.

More nonsense from Rice? Why give this blowhard a forum on any serious topic? She was always of-base. Russia certainly had nothing to do with murder by a cop in Minneapolis.

It was a preplanned CIA set up. Floyd and the police “murderer” worked as bouncers in a Minneapolis night club, a drug dealer meeting point. They knew each other. Floyd was set up for his death. The following riots were mediculously planned in advance and carried out with precise coordination and timing. The same “peaceful riots” with looting, plunder, vandalising shops, gas stations, private buildings, churches, synagogues and national architectural monuments in nearly every major US city … This is a CIA false flag to damage President Trump’s chances of being reelected in November. However, this evil calculation by the… Read more »

The motto of Pompeo, Susan Rice and all other deep state misfits:

“A lie a day keeps the toadies in pay”.

Pritzker seems to be involved in staging the false flag riots.

Pallets of bricks have ‘randomly’ appeared during the protests across the US, sparking theories they were planted to stoke violence. 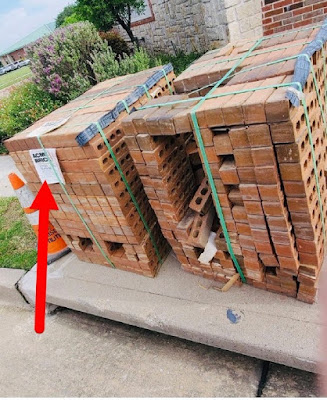 Reportedly, the bricks belong to “ACME BRICK COMPANY owned by Berkshire Hathaway and Bill Gates (who recently left the board) and The Chicago Marmon Group founded by JAY & ROBERT PRITZKER and Berkshire Hathaway”

“Chauvin and George Floyd worked security together for at least a couple of years at the El Nuevo Rodeo nightclub.”

“This club was allegedly a front for money laundering and its ownership was a shady network of companies that might connect to one or more US intelligence agencies.” 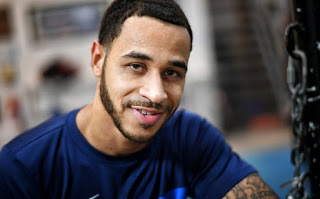 You need one of these:

More useful information to chew on , thanks.

Well this IS originally Soviet or Maoist agit prop from the American universities. It is not Russia’s fault now, in fact this is being exported FROM America abroad now.

These guys are amazing analysts. The point that there is a single clampdown “by the tech companies on free speech” is critical. What we are seeing is a highly political corporate takeover which effectively seeks to censor and manipulate…

seems to me that the Clinton-Obama faction of the ruling cesspool are gonna be sticking to their Russia baloney story because….well, that’s all they got. A story, no evidence, no logic, no real motive….but that’s no problem. I’m coming to believe that the ENTIRE governmental leadership of the USA are Class A psychopaths. What reasonable or honest person would even speak such utter nonsense if they were in their right mind?

Let me also add that I am truly disgusted that black treasonous bureaucRATs such as Rice, Eric Holder (former AG), Loretta Lynch (former AG), Obama, Condi Rice, Colin Powel — all of them — have somehow managed to pull blacks into this globalists warmongering psyche which is NOT our thing. Blacks enjoy sports, music, entertainment, socializing…NOT fcuking warmongering.   For that I will always ALWAYS despise them because they make black politicians look bad or easily corruptible. If black Africa looks up to these lying, cheating niggaz, then its citizens deserve whatever gloomy fate (toxic vaccinations, more resource extraction, more… Read more »