Over the last month we have learned much more about the circumstances surrounding the departure of former Trump national security adviser Michael Flynn.

Flynn pleaded guilty to making false statements to the FBI about a conversation with then-Russian ambassador to the United States Sergey Kislyak; one on December 29, 2016 in which Flynn urged the Russians to “refrain from escalating the situation in response to sanctions that the US had imposed against Russia,” and another conversation in which Kislyak told Flynn that Russia had decided to moderate its response following the request.

Nothing earth shattering, illegal, or collusive in the “witch hunt” sense – but Flynn was not forthcoming with the Justice Department, or Vice President Mike Pence. He was fired from his post and subsequently pleaded guilty in December 2017 to making false statements to the FBI.

Flynn has been painted as a Russian stooge ever since – with critics pointing to his sitting next to Russian President Vladimir Putin at a Russia Today (RT) dinner as “Exhibit A” that he was clearly a Kremlin puppet. US Green Party candidate Jill Stein was also in attendance. 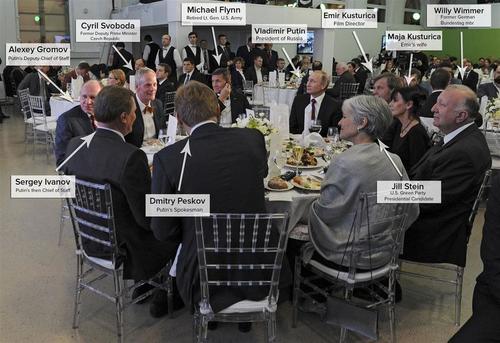 Except the Obama administration knew everything about the dinner, and Flynn briefed US intelligence officials on the trip, according to The Hill‘s John Solomon – whose claims his sources told him the contents of a classified briefing to Senate Judiciary Committee Chairman Chuck Grassley (R-IA) in May 2017, which Grassley begged to be released to the public.

“It appears the public release of this information would not pose any ongoing risk to national security. Moreover, the declassification would be in the public interest, and is in the interest of fairness to Lt. Gen. Flynn,” wrote Grassley in an August 25, 2017 letter to James Mattis and DIA Director Gen. Vincent Stewart.

Were the information Grassley requested made public, America would have learned this, according to my sources:

In other words – when Obama’s former Acting Attorney General Sally Yates publicly claimed Flynn had possibly been “compromised” by Moscow, the American public was denied the context surrounding the controversial RT dinner as the Justice Department remained silent.

Solomon notes that “Rather than a diplomatic embarrassment bordering on treason, Flynn’s conduct at the RT event provided some modest benefit to the U.S. intelligence community, something that many former military and intelligence officers continue to offer their country after retirement when they keep security clearances.”

Would the central character in a Russian election hijack plot actually self-disclose his trip in advance? And then sit through a briefing on how to avoid being compromised by his foreign hosts? And then come back to America and be debriefed by U.S intelligence officers about who and what he saw?

And would a prosecutor recommend little or no prison time for a former general if that former military leader truly had compromised national security?

Of course, “there’s no sugar-coating the mistakes Flynn did make,” writes Solomon – noting that he misled the FBI and Pence – and that Flynn didn’t file foreign-lobbying paperwork for money he received from Turkish business (of course, neither did “Steele Dossier” author Christopher Steele, who influenced the 2016 US election with his largely unverified anti-Trump opposition research).

That said – the narrative that Flynn was a Russian stooge “as evidenced” by the RT dinner is now dead. Moreover, Flynn was never charged with anything remotely related to the event, and he came back to the United States and reported intelligence which would ultimately benefit his country.

As Solomon puts it, “the first accounts of the Russia-Flynn story — like many others in the still-unproven collusion narrative — should be amended to reflect that the retired general acted like a patriot, not a traitor, when he visited Moscow for the RT event.” 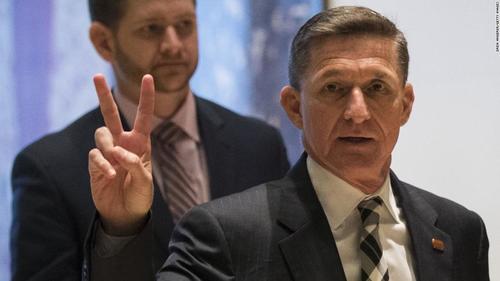 DUH – Flynn was set-up by the Hildabeast & Co.

And why is Yates not punished for slandering Flynn?

“Treasonous dinner with Putin?”
If he really had dinner with President Putin, it was probably the best dinner of his entire life.

am hants
Reply to  Olivia Kroth

Dinner with President Putin or dinner with the elite of Washington DC. Know which would be the most fun, interesting, entertaining, plus, intelligent conversation, stimulating events.

Disgraceful how they treated the man. Karma will no doubt be sweet,when it turns up.

It is a purely US Zionist irony that Mueller, bag and point man for the Silverstein/Bush WTC Demolition, is investigating people, when he ought to be tried and then probably hanged.