Every year on 9th May Russia celebrates the anniversary of its victory over Nazi Germany in what was by far the greatest war in human history.

Suffice to say that the USSR – of which Russia formed the backbone – lost 27 million of its people in the war against Nazi Germany, and made the critical contribution to Hitler’s defeat.

Nazi Germany attacked the USSR on 22nd June 1941.  On 22nd June 1945 Joseph Stalin as Supreme Commander of the Soviet Armed Forces ordered the first ever Victory Parade to celebrate this victory.  This took place not on 9th May but two days following Stalin’s order, on 24th June 1945.

Attending the parade were Stalin and the other members of the Soviet leadership, who reviewed the Parade from on top of Lenin’s mausoleum in Red Square.

The parade itself was led by Marshal Rokossovsky and by Marshal Zhukov.  Zhukov was the USSR’s greatest military leader, and rode a white horse.  There is today near Red Square a statue of Marshal Zhukov showing him on this horse. 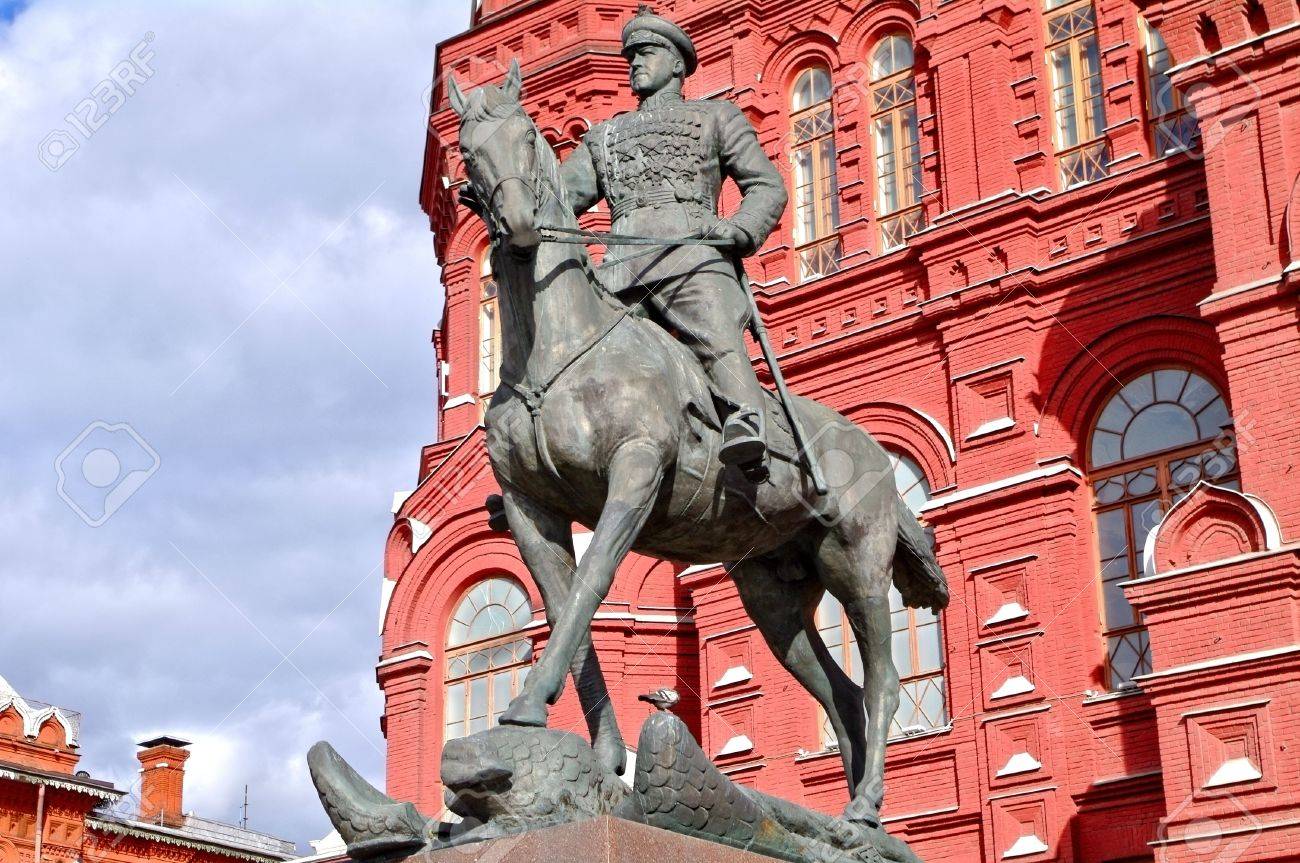 Amongst the troops who participated in the Parade were not just troops of the Red Army, but also a small contingent of troops from the Polish army as well.

In size the 1945 Victory Parade – with 40,000 troops taking part – dwarfed those of today.  It took place in pouring rain, but its memory is still treasured by those who part in it, and it remains one of the most memorable days in the USSR’s history.  The culminating moment of the Parade was when Soviet soldiers cast captured Nazi symbols at the foot of Lenin’s mausoleum.

The Soviets made a colour film of the Parade.  We show it here