Steven Sahiounie, journalist and political commentator Russian diplomacy played a major role in the international agreement to supply electricity and natural gas to Lebanon, which was facing a complete black-out.

Russian diplomacy played a major role in the international agreement to supply electricity and natural gas to Lebanon, which was facing a complete black-out.

A team of Lebanese technicians, along with their Syrian counterparts, completed an inspection of the Arab Gas Pipeline, through which Egyptian natural gas is set to transit, as part of a plan to address Lebanon’s energy crisis. Work on the pipeline has progressed swiftly, which had sections damaged as a result of terrorist attacks in Syria.

Syria is one of the transit countries the plan will use to meet Lebanon’s energy needs, at a time when the country faces one of the world’s worst economic crises.

The Russians requested the meeting and wanted to discuss steps toward a political solution in Syria and to see if the US was willing to offer sanctions waivers to allow oil and gas to travel through Syria to Lebanon, which is facing dire shortages.

Besides the Russian-US diplomacy efforts to help Lebanon, Russian interaction with Jordan was a significant factor in the Arab Gas Pipeline deal. Jordan has sought to normalize relations with Damascus, and has reopened its border crossing with Syria and restarted flights to the Syrian capital.

On July 19, US President Biden praised King Abdullah II of Jordan as a “loyal and decent friend’ as the two leaders met at the White House. Jordan’s King was the first Arab head of state to visit the White House since Biden took office. During his 22 years in power, King Abdullah has been seen by American presidents as a moderate, reliable ally in the Middle East, often playing the role of envoy from the Arab world in Washington. He is also remains close to Russian President Putin and the Kremlin.

On August 23, King Abdullah II met with Putin, where the Russian President stressed that relations between Russia and Jordan are developing in all areas, including trade and economic ties and political dialogue. The two leaders exchanged views on the situation in Syria and Afghanistan.

“Of course, we hope for an exchange of views on the most pressing matters <…>. They are the normalization of the situation in Syria and the current escalation in Afghanistan,” the Russian leader said, adding that these topics have been on the agenda of the Russian-Jordanian relations for years. The Russian delegation to the talks included Foreign Minister Sergey Lavrov and Defense Minister Sergei Shoigu.

On September 14, Syrian President Bashar al-Assad was a guest of Russian President Putin at the Kremlin. Putin summed up the remaining problem in Syria as “foreign powers lacking government invitation and UN authority,” which obviously pointed to the US and Turkey as illegal invasion forces. The removal of occupation forces is essential to leave the Syrian conflict behind and move on to national reconciliation, reconstruction, and refugee return plans.

Russia has asked Israel to encourage the US to agree to hold high-level trilateral talks on Syria, according to two senior Israeli officials. Russian Foreign Minister Sergey Lavrov raised the issue with his Israeli counterpart Yair Lapid when they met in Moscow, and the Russians have also raised it with Bennett’s national security adviser, Hulata.

The Arab Gas Pipeline is a trans-regional gas export pipeline built to carry natural gas from Egypt to Jordan, Syria and Lebanon. The 1,200km-long pipeline was out of order because of attacks.

The pipeline project was initiated between Egypt and Jordan in 2001, and the first section begins in Egypt. The second section runs 390km from Aqaba to El Rehab, which is situated 30km from the Jordanian-Syrian borders. The third section is 30km in length extending from Jordan (El Rehab) to Syria (Jabber). The fourth section constitutes of a gas network in Syria. It runs from Jabber (Syrian side of Jordanian-Syrian borders) to the Syrian-Turkish borders, ending in Lebanon. This section has four segments. Segment one runs from Jabber to Homs in Syria, while the second segment connects cities of Homs and Aleppo, Syria. The third segment extends from Aleppo to the Syrian-Turkish borders. The fourth segment connects Homs in Syria with Tripoli in Lebanon. 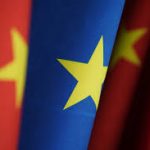 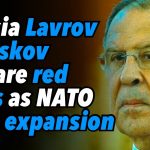