Americans safer in Kiev than in Los Angeles, Ukrainian official tells media After the US and UK embassies in Kiev began advising non-essential staff and dependents to leave, the Ukrainian government explained that there was no need for hysteria and that a Russian “invasion” did not look imminent at all, and allegedly intimated that Americans might be safer in Kiev than Los Angeles.

KIEV, January 25. /TASS/. Ukrainian Defense Minister Alexey Reznikov said early on Tuesday he had received no information so far indicating the possibility of Russia’s invasion of his country in the near future.

There is a diplomatic route out of the Ukraine crisis

Ukraine will never join Nato, and there will be no war between Russia and the west. The first has long been assured. The second will depend on whether Vladimir Putin and Joe Biden follow the tried and trusted methods of international diplomacy.

What a Week of Talks Between Russia and the West Revealed

What a Week of Talks Between Russia and the West Revealed

The meeting between Russian Foreign Minister Sergey Lavrov and his U.S. counterpart Antony Blinken on January 21 follows on from the previous week’s intensive talks: the first round of U.S.-Russian dialogue on European security issues in Geneva, followed by sessions of the Russia-NATO Council in Brussels and the OSCE Standing Committee in Vienna.

President Biden held a secure video call with European leaders today. They reiterated their continued concern about the Russian military build-up on Ukraine’s borders and expressed their support for Ukraine’s sovereignty and territorial integrity. The leaders underscored their shared desire for a diplomatic resolution to the current tensions and reviewed recent engagements with Russia in multiple formats.

Damn Alexander – Not everything needs to be a 1 hour lecture.
Try editing. 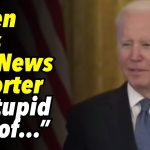 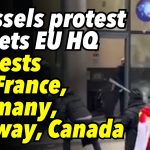