Novus Confidential – like many others – has written about a potential challenge to the west’s unlawful gaming of the western precious metals market via the London Bullion Market Association (LBMA) – among other entities* – who comprise the western gold cartel:

Russia is finally throwing down the gauntlet to those who collude with the (US government-condoned) criminal scam that is the London Bullion Market Association (LBMA) where criminal gaming of PM markets with cooperation of central banks and governmental approval by the LBMA is a central component of the militarist empire’s rule.

Russia’s challenge to the LBMA gold cartel provides insight with regard to the perfidious Albion’s exceedingly aggressive stance toward Russia, and the UK’s commitment to aiding Kiev’s hopelessly inept, corrupt, and bankrupt regime. The UK has done so by training Kiev’s militant terrorists Link: https://www.nytimes.com/2022/08/16/world/europe/ukraine-military-britain.html inside Britain, plus supplying the bankrupt “Ukraine” regime with weapons and comprehensive intelligence on the ground. Essentially, the mad rabid dog of the west is at war. .. with gold — as always — at the center of affairs.

‘It is necessary to create a new international standard for the precious metals market – the Moscow World Standard (MWS), which will become an alternative to the standard of the London Association of Precious Metals Market Participants (London Bullion Market Association, LBMA), said the Ministry of Finance of Russia.

The Ministry of Finance’s letter to industry participants states that “an independent international infrastructure” is needed to “normalize the functioning of the precious metals industry. “According to the ministry, it is critically necessary to create it,” RIA Novosti reports.

The “basis of the structure” is proposed to “put a specialized international precious metals exchange with headquarters in Moscow” using the “new international standard MWS”. It is also proposed to create a Price Fixing Committee. Subject to the application of the MWS standard, it will include Central Banks and the largest banks of the EAEU countries represented on the precious metals market.

According to the Russian ministry, it is necessary “to bet on fixing prices in the national currencies of key participating countries, or on new units of international settlements, such as the new unit of settlements proposed by the President of Russia within the framework of the BRICS member countries.”

The Ministry of Finance wants to make membership in this organization attractive to all foreign market participants, especially China, India, Venezuela, Peru and other countries of South America, as well as Africa. The agency expects that such a step will quickly destroy the LBMA monopoly and ensure the stable development of the industry.

Recall that the Council of the European Union approved the seventh package of anti-Russian sanctions, including a partial embargo on gold, the blacklisting of 55 individuals and legal entities, and the expansion of the list of dual-use goods prohibited for import. Polymetal, the largest producer of primary silver and the second largest producer of gold in Russia, is exploring the possibility of selling Russian assets.’

Interesting. We’ll see how it all plays out,

All for breaking up the cartel. It would make for an interesting revelation as to what the price of gold should really be.

The banksters will fight this to the last … European? 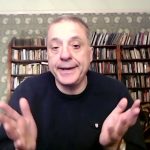