Vlogger and pundit Dan Bongino has a saying. Actually he has many sayings, but arguably the most humorous is “Republicans pounce!” This alludes to the way the overwhelmingly liberal and left leaning media report stories that are detrimental to their pet causes and ideology. When someone on the left does something bad and the story can’t really be ignored, the headline and the narrative switch from the subject of the story to the Republican reaction to it.

Here are a few recent examples:

In other words, Joe Biden or whoever is pulling his strings, wants to compel Americans to medicate against their will and is prepared to go to extraordinary lengths to do so, but the Republican Party will have none of it.

Republicans confident supreme court will overturn abortion rights is another headline from the Guardian, which although a British newspaper has a massive on-line presence and US correspondents, like the Daily Mail.

What is the opposite of abortion rights – how about the right to life?

And a third from the Guardian:

In view of the way the Democrats stole the last election, literally, and their ongoing attempts to ensure THEY rule permanently, this is an amazing claim.

Republicans Seize on Schools as a Wedge Issue to Unite the Party from the New York Times early last month. In other words, Republicans are supporting parents who are outraged their young ones are being indoctrinated with critical race theory, are being told boys can be girls, and in some cases being shown homosexual pornography as part of so-called sex education.

Here is another headline about COVID, this time from Salon earlier in the year:

Is it the Republicans who are Neanderthals or Biden who is an authoritarian? Hint, that is a rhetorical question.

Finally, here is one from the New York Post two years ago; this can hardly be called a left wing newspaper but the headline is Republicans pounce on Dems’ plan to give health insurance to illegal immigrants

“This is not about a handout. This is an insurance program. We do ourselves no favors by having 11 million undocumented people in our country be unable to access health care”

The grammar is his, but he could have stopped at “This is not about a handout. This is an insurance program. We do ourselves no favors by having 11 million undocumented people in our country”.

Would China tolerate this?

Many more examples could be given, but the phrase “Republicans pounce” may not actually appear; what is important isn’t the wording but the inference. 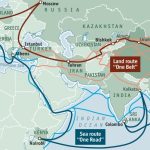