Over the past week, the Western mainstream media, in a break from its usual coverage of COVID-19 and the current COP26 climate summit, has devoted a considerable amount of focus to the ongoing migrant crisis at the Belarus-Poland border – in which thousands of African and Middle Eastern migrants, many of whom are fleeing the wars and regime change operations imposed on both regions by the US-NATO hegemony (a key fact conveniently ignored in most Western media coverage of the situation) have gathered on the Belarusian border in a bid to enter the European Union.

Belarusian President Alexander Lukashenko, and his Russian counterpart and key ally, Vladimir Putin, have come in for much criticism from the Western media since coverage of the crisis began, with both leaders being accused of ‘orchestrating’ the current situation, allegedly in a bid to destabilise the EU, and also as a retaliatory measure taken by Minsk in response to EU sanctions imposed as a result of it successfully repelling a Western-backed colour revolution launched against it last August following the re-election of Lukashenko – again, the warmongers who actually created the refugee crisis in the first place via their colour revolutions and ‘humanitarian’ interventions, have come in for virtually little to no criticism from the Western MSM amidst the coverage of the current crisis, their ire seemingly reserved for Lukashenko and Putin instead.

Onlookers of the current situation will no doubt be reminded of similar mainstream media coverage of migrants fleeing Syria in September 2015, particularly the image of drowned child Aylan Kurdi, and the reason why is intentional – in both situations, emotive media coverage is being used with the intention of drumming up support for ‘humanitarian’ interventions and sanctions against countries opposed to the imperialist aims of the US-NATO hegemony.

In March 2011, following Syrian President Bashar al-Assad’s refusal two years prior to allow Western-allied Qatar to build a pipeline through his country, one which would have undermined his relationship with Russia, a regime-change operation was launched by the then-US administration of Barack Obama and Joe Biden, British Prime Minster David Cameron and French President Nicolas Sarkozy, against the Arab Republic – one which saw the arming, funding and training of Wahhabi militants seeking to depose Damascus’ secular leadership and replace it with a Western-friendly regime.

In 2013, Syrian-ally Iran intervened in the conflict at the request of Damascus, a move which would play a key role in assisting the Arab Republic in countering the Western-backed terrorists which had laid waste to the Middle Eastern nation in the two years previous – the most decisive factor in the conflict so far however, has been a Russian air campaign that began in September 2015, again at the request of Damascus, which would begin at the same time as widespread mainstream media coverage of the Syrian refugee crisis; media coverage which in turn would lead to calls for a Libya-style ‘humanitarian’ intervention against Damascus, one that would almost come to fruition two years later when the Trump administration launched cruises missiles against Syrian government targets in response to an alleged chemical attack, and again in 2018 when the US, Britain and France would launch airstrikes against Damascus-aligned targets, also in response to an another alleged chemical attack.

Belarus, Moscow’s sole ally in Europe and thus a long-time target for regime-change by Washington’s Neocons, now finds itself in a similar position – with Lukashenko being routinely demonised by the Western corporate media amid coverage of the current crisis, calls for tighter sanctions against the Eastern European state will no doubt intensify, with the end goal being the removal of his government and its replacement with a Western-friendly leadership á la Ukraine 2014 – a move that would result in the entire Western frontier of Russia being composed of NATO members and allies, a geopolitical situation that could ultimately lead to very grave and far-reaching consequences.

I have been hearing this for 10 years but there is very little evidence of it. Furthermore, it would be more advantageous build a pipeline through Iraq, especially for Qatar, the UAE, and eastward. 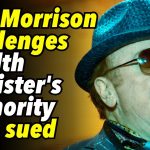