The story-line of this new movie seems to be from a “Hollywood” script: terrorists, battle scenes, and prison torture.  However, it is based on a true story unfolding in Libya.  “Shugaley” tells the story of a Russian sociologist, and his translator, who were captured in May 2019 by terrorists in Libya on the orders of the Government of National Accord (GNA).

Russian sociologist Maxim Shugaley, and his Arab translator Samer Sweifan, were in Libya carrying out sociological research for “The Foundation for the Protection of Traditional Values”, a Russian think-tank.

While in Libya, Shugaley came upon explosive evidence damning to the western backed GNA government, which is viewed by many as a ‘puppet’ government, headed by Prime Minister Fayez Al Sarraj, which is recognized by the UN.  Sarraj’s private militia, RADA, captured Shugaley and Sweifan and took them to a private prison at Tripoli’s Mitiga airport where they have suffered torture.  President Recep Tayyip Erdogan of Turkey exported terrorists to Libya from Syria, who were formerly on his payroll, having been cut off from US support in 2017 by President Trump.  Since the pair’s capture, they have been allowed only 1 visit with a lawyer, no charges have been filed, and no court hearings have been held.  The pair is being held against their will, without due process.  The UN office of human rights states under Principle 6: “No person under any form of detention or imprisonment shall be subjected to torture or to cruel, inhuman or degrading treatment or punishment. No circumstance whatever may be invoked as a justification for torture or other cruel, inhuman or degrading treatment or punishment.”

Sarraj, of the Tripoli based GNA, is following a political ideology called ‘Radical Islam’, which is neither a religion, nor a sect.  It is the platform of the global Islamist group known as ‘The Muslim Brotherhood’. Sarraj is not only backed by western leaders, but is strongly supported by fellow Muslim Brotherhood leader, Erdogan.  Greece was shocked when Erdogan signed a treaty with Libya, concerning shared territory in the Mediterranean Sea, petroleum resources, and sent terrorists from Syria to Libya to fight as mercenaries for the GNA.  Although Saraj’s Libya and Erdogan’s Turkey are not connected in geography, they have a common bond in their shared Muslim Brotherhood ideology.

The RADA, ‘Special Deterrence Forces’, are a Salafist militia operating under the authority of the Libyan Ministry of Interior.  They are a controversial terrorist group working as a police force of the GNA while adhering to Sharia law.  The group has been accused of torturing detainees, including artists, and political prisoners who they have beaten while in custody.

Erdogan confirmed that he has sent terrorists from Syria to Libya in order to fight for GNA. Besides armed men, Erdogan is also supporting Turkish training teams in Libya.  For one year, the Turkish ally, GNA, has been fighting against the ‘Libyan National Army’ headed by Field Marshal Khalifa Haftar who is seeking to the end the rule of militias and radicals.

Despite the fact that Moammar Al Qaddafi was an ally of the US and EU, the overwhelming greed of the west led to a scheme carried out by the US-NATO to attack  Libya for the purpose of ‘regime change’, in order to steal the petroleum resources, gold in the central bank, and cash in the European banks.  Since 2011, Libya has been destroyed, hundreds of thousands of civilians have been killed and made homeless, and the US-NATO attack resulted in a civil war which is still raging across the country.  The current battlefield sees actions between troops commanded by Haftar, who is fighting to establish a secular form of government in Libya, and the GNA troops, who are fighting to establish an Islamic form of government in Libya.  Surprisingly, the secular west has backed the Islamists in Libya as they had in Syria.  The US-NATO war on Syria for ‘regime change’ proved unsuccessful.

The world premier of this movie will be mid-April and can be seen online.  “Shugaley” is an action-packed thriller which is directly tied to the Libyan news headlines.  Political negotiations to release the 2 men are at a standstill.  The filmmakers are hoping this film will play a role in obtaining their release. 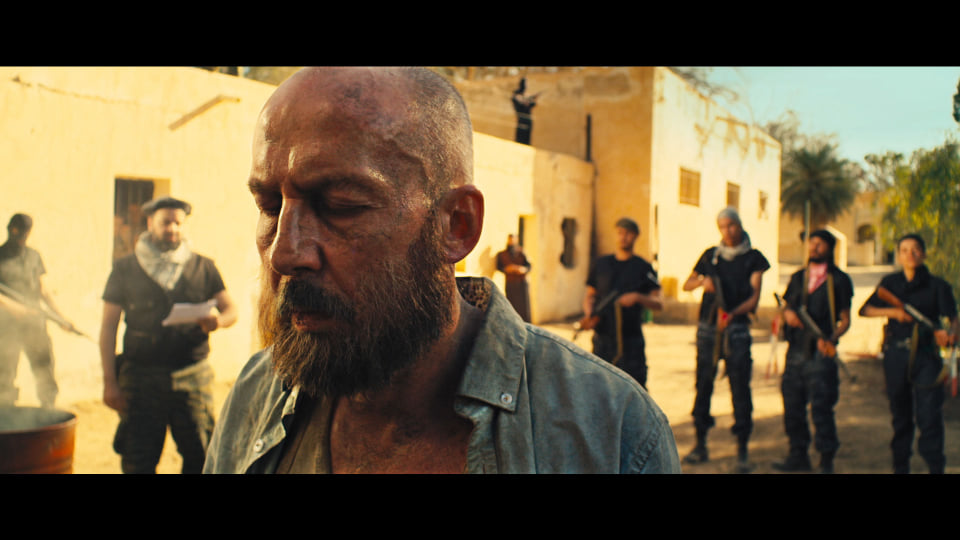 The Jew-nited States stealing resources, gold and cash from developing nations through “regime change” ??? Well knock me down with a feather. Oy vey. Who could have guessed? Every. Single. Time.

Libya , now a typical mess left by NATO in their regime change wars , many innocents killed and the countries left worse off !! Slavery is back in business in this aftermath , plus the oil industry has been plundered since the murder of Gaddafi . The West should get out of the assumption that they are the world police !! We all know why they do these things , so they can ravage a countrys resources . You only have to look at South America to see what I mean , every country touched by American " Democracy… Read more »