On June 3, Belarusian television showed an interview with opposition activist Roman Protasevich, the 26-year-old who was arrested with his girlfriend in Minsk on May 23 this year after a much-publicized action against a passenger plane on its way from Athens to Vilnius. In the interview, Protasevich – who stated that he regretted his political activities and wanted to make amends – told in detail about the activities of the Belarusian opposition.

If you understand Russian, see the interview below.

The interview began with Protasevich assuring that he had been treated correctly after the arrest, and that he had voluntarily agreed to be interviewed.

Protasevich then stated that he had no doubt that it was members of the opposition who had provoked his arrest since he had not told anyone about the planned flight from Athens to Vilnius until he had revealed it on an internal chat just before the plane’s departure. He also said that at this time he had a private conflict with one of the opposition leaders, Daniil Bogdanovich.

Regarding his work for the opposition, Protasevich said he had called for violent demonstrations and riots through the news channel Nexta, of which he had been the editor. On the other hand, he denied being involved in the “Belarusian Black Book” project, an online list of people loyal to the Belarusian authorities, which has not only resulted in serious threats against these people, but also in assassination attempts and other terrorist acts.

Protasevich further stated that the opposition was obviously funded, supported and led by external forces, including Western intelligence services. “Much of what we were doing must have been organized by specialists. But what are the Belarusian opposition specialists in, apart from money laundering? ” He also said that Lithuania and Poland were politically rewarded by what he called the collective West for their support of the Belarusian opposition. At the same time, he said that he knew little concrete about how the opposition was financed since he had never been initiated into this.

About Svetlana Tikhanovskaya, the most famous of the opposition leaders and the opposition’s candidate in the 2020 presidential election, Protasevich said she was willing to accept a violent coup in Belarus. He also said that the opposition had made contacts with senior Belarusian military personnel who, for a high fee, and the evacuation of their families, were willing to take part in a coup.

As for his own relationship with the opposition, Protasevich declared that he had gradually lost faith in the opposition’s calls for demonstrations and protests since it was clear that ordinary Belarusians had grown tired of the opposition’s actions. This lack of confidence in the opposition’s established form of activity he claimed had resulted in conflicts with several of the opposition leaders who believed that demonstrations were necessary to create sanctions that could destroy the Belarusian economy and thus bring about a regime change in Belarus. According to Protasevich, these conflicts must have become so sharp that in the spring of 2021 he was about to be pushed out of his position as editor of Nexta.

Protasevich himself – in contrast to when he was shown on television shortly after his arrest – seemed calm and relaxed during the interview. When the interviewer, the Belarusian star journalist Marat Markov, confronted him with his affiliation with the right-wing extremist militia Azov and participation in the war against the insurgent population in eastern Ukraine in 2014-15 – as well as with the fact that the authorities in the People’s Republic of Lugansk wanted to extradite him so he could be prosecuted for war crimes – however, he broke down. And the interview ended with a crying Protasevich – who had been asked how he managed to sleep with everything he had on his conscience – asked for forgiveness for the wrong he had done and promised full cooperation during the investigation.

According to Markov, the original recording of the interview had been over four hours. But for the sake of the ongoing investigation against Protasevich, only an excerpt could be shown on television. There may therefore be further revelations of the Belarusian opposition’s activities in connection with the upcoming trial against the opposition activist. What emerged during the edited interview, however, was more than sufficient to paint an anything but flattering picture of the opposition whose leaders appeared to be power-hungry, greedy, and cynical people who, in collaboration with foreign intelligence services and other foreign circles, were willing to draw ordinary people into terror and acts of violence to realize their ambitions.

Read about the plane deal and the arrest of Protasevich in this automated translation from Norwegian.

Read about the opposition’s attempt to seize power in connection with the presidential election in Belarus in August 2020, also an automated translation.

‘Age restricted video’ is a simple ploy to identify the viewer through google or facebook. Not terribly concerned but I don’t like it much either, enough to avoid the video. Slowly but surely, the US is becoming like the USSR of old, with ‘minders’ installed on every apartment block and internet node.

Exactly. The video is therefore inaccessible.

I guess he did not tell the belarussian and russian authorities anything new since most of the beans had already been spilled by the top management of the NED when they were pranked by two russian pranksters. That was the start of the big cleanup taking place in russia and belarus now.

It was convenient for MSM)corp media to have a memory blank spot,when they claimed that a passenger plane was deliberately forced down by fighter jets was a first,does anyone remember the then Bolivian president Evo Morales plane being forced down by Spanish fighter jets?,All done orders of the empire ,in it’s search for whisle blower Edward Snowden,it was quite humiliating for a head of state to be treated that way…..This supposed Belarus activists and blogger is of course a paid asset of the empire,also I wish the EU remembered the horror of Ukraine and their involvement in causing a civil… Read more »

The Miracles of Myopia
Reply to  Ozymandias

I’d say the better analogy was when Ukraine threatened to shoot the Belavia flight out of the sky, a la MH17, if it didn’t return to Kiev so they could extract another one of those dissident terrorist journalists daring to dis their regime.

CNN Investigative Vested Interest
Reply to  The Miracles of Myopia

Huh? When did that happen?

In your defence
Reply to  CNN Investigative Vested Interest

You must have just had another Hunter Biden moment of foggy forgetfulness and forgotten about it.

Ozymandias
Reply to  The Miracles of Myopia

True,so that makes it twice before..

US' version of RealPolitik
Reply to  Ozymandias

More than twice. It’s just another one of those ‘do as we say and not as we do’ moments that so permeate the American landscape, winning hearts and minds the world over.

I think the winner was when the USAF forced a crop duster down because CNN was busy exposing how Saddam had crop duster drones laden with anthrax and sequestered in American garages, just waiting to be unleashed on command.

Yes, you heard that right. Manufacturing consent knows no bounds.

US scoops the dregs and tries to turn them into award winning craft beer.

No matter the awards it bestows upon them, they remain….dregs.

If regime-changing democracy abroad were a canvas, the US would be painting it with a brush tied to two left feet.

Does that mean I should take the life-size poster of Raman Noodleman I have hanging in my office down?

Oh well. I still have Andriy Parubiy in brown shirt regalia and the Syrian Freedom Fighters, al Nusra branch to liven the walls.

The Halls of Acridemia
Reply to  Michael McFoul

How you live with yourself with such foul B.O. is beyond me. Guess it helps to have the mind of a five year old. Stanford must have taken you in under an affirmative action for adolescents program.

Mickey McFoul
Reply to  The Halls of Acridemia

My twitterism of the day: “Russia will always be China’s junior partner. Wonder how Russians feel about that?”

C’mon guys. We really do like you more than those other guys, honest. Why would you want to become second stringers to their team instead of ours? We’ll even allow you to fly your flag at the next Olympics. Our junior partner Japan says they’ll do that for us.

Straight out of Stanford’s Romper Room.

I’m sure you’d even pen some action hero comic books featuring them if you had any talents other than rolling over, regurgitating woof woofs and begging for a Russian entry visa.

Looks like junior’s had his fifteen minutes of fame. He might have had more had the last five minutes not been dedicated to a media scramble to hide his past. 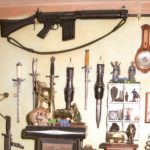 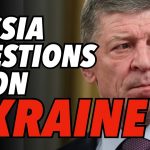