The Duran’s Alex Christoforou and Editor-in-Chief Alexander Mercouris discuss the Portland riots and the difference between what is happening in Portland with violent ANTIFA thugs directed by Soros like elites, and what happened during a real grassroots protest with the Yellow Vests in France.

“We were not expecting that video,” said Fox host Harris Faulkner, adding “Our management here at Fox News has decided we will pull away from that at this time.”

Fox News is now censoring @KayleighMcEnany and blocking their audience from the violence of Portland? https://t.co/yQlTd5cOUF

Some have speculated over social media that the decision to was made due to an uncensored portion of the clip containing graffiti with “fuck the police” on it, while others claim the network has run similar footage, and that the network cut away long after that portion of the White House’s clip.

Networks hate it when they can’t control the narrative…

CORRECTION
The terrible life that laboring-class Americans live,
they being the 50% working-poor.

My point is the vast majority of the American people live bad and the rich live even worse. Who drinks, divorce, take drugs, have stress the most? Good life is something completely different than the US has.

Those in the upper-half of Empire USA, Empire builders all who share in the power and glory of all the wealth that they have extracted from under-developed nations, surely, they enjoy the heights of luxury and ecstasy unequaled in all of history and in all the world. — For by intelligent design we have been given a freewill most profound, as it has the freedom to accomplish anything and everything conceivable with only two requirements. For if we have both the desire and ability to do a thing, than self-actualize in the doing of it we may. And as our… Read more »

Nobody was born with the illusion that they deserve to be rich. This is something built during the lives of people under the propaganda. The truth is the rich people are nothing happier than poor.

My brother, sister and I had the identical childhood, and yet to the day they died not the slightest charity did they exabit. Also, at age 4 just before World War Two came to an end, my mother said to me, “Jack if anyone is going to heaven, it is you. For when you were a baby I never knew when you were hungry as you never cried.” You see, as a baby I did not think that I deserved to be fed. As a child I gained more pleasure seeing my brother and sister enjoying my toys than I… Read more »

Thinking that one is better than others would never make him self-righteous. Contrary, the truth is entirely the opposite. We live in a very wrong culture created by the elite, which teaches us wrong. This is why most people desire to enrich themselves upon the misery of others. Smart people teach differently. The church as well. The final solution in which such things cannot exist will come from equal human rights.

Self-righteous is the man so ingrate as to think that his greater ability to produce wealth did not come from nature giving him greater intelligence, but from his inner-goodness giving him ambition. — Culture is a closed loop control system, which starts with a selfish society worshiping those most intelligent as the gods of society, which so empowers and glorifies the rich that they are able to create a unique one-of-a-kind culture. Only because of pride, not government or culture, do we enrich ourselves upon the misery of those with less education, less wealth or less whiteness of skin. “Smart… Read more »

Put 100 humans on a deserted island, allow human nature do it’s normal thing and what happens? The 51% with the highest ability to produce wealth will form a government that forces the 49% minority to do all the manual labor for wages so low that forever will they be the powerless 49% working-poor

And so, the only solution is everyone keeps only enough for a comfortable life, and by compassion and charity the excess wealth is passed down to where it can do the most good.

Does Alexander ever disagree with Alex?

No partnership can long exist without both parties in full and perfect agreement.

WHAT A VIDEO — ALL A FAKE REALITY

For until the 1900’s, Oregon was so racist, that it was the only state in USA where blacks were forbidden to live. And to this day the mostly white and more educated upper-half of society hoards all the land, wealth, healthcare and political power.
And if Alex-Alex would please look at videos from the Portland protest, they would see that when the fascist crowds and Federal officers start terrorizing the protesters, all cops are long gone.

Yes of course Alex, the Minute Men who started the American Revolution
by a riot called the Boston Tea Party, they did all harm and no good.

LIGHT — FORCES ALL DARKNESS TO GIVE WAY As crime in USA is to steal land or wealth, as the mostly white and more educated upper-half of society already hoards all the land and wealthy, virtually all who are found guilty of crime belong to the lower-half of society known as the 50% working-poor. Ask any protester in support of Black Lives Matter movement, they hate far-Right Joe Biden almost as much as fascist Trump. Latest polls show that Joe Biden is 8% to 15% ahead of Trump. Anti-government protesters belong to the 50% working poor. And as they will… Read more »

Honestly, does this video from six days ago look as though the protesters were rioting?

Or this one from five days ago with mums singing a “hands-up don’t shoot” lullaby?:

The protests were peaceful until plain-clothes federal thugs moved in with tear gas.

I live here in the US and have for 80 plus years. Your analysis is only 50% right.. This entire nation is crumbling; there is nothing on the horizon to give hope since the government we have depended upon for health care, for old age support, and a fair economic system, has turned against us, its own population. The clearest evidence of it is what I see and hear every day, the number people homeless or watching themselves rapidly slide toward homelessness. Rage and despair is the result. It is formless and chaotic, which has been manipulated and PARTLY expropriated… Read more »

A problem has only three simple components, a root cause, the misery and a solution. And still, after 80 years of life the only thing you have been able to comprehend is the misery, which has fooled you into thinking that there is no root cause, which makes it impossible for you to help us organize a solution.
Now you come to us asking that we join you in a rehash of the misery, which will accomplish nothing more than exhaust our emotional capital. Thinks for the chuckle.

Very true, for equality will only come when we stop murdering the freewill of the lower-half of society, those we call the 50% working-poor.
For equal wealth is equal rights, as if gives everyone a freewill. For equality comes from having both the desire and ability to self-actualize, to be all we can be. 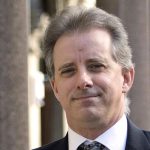