According to the classical image of politicians, they must be liars by the very requirements of their profession. Most people would agree with this notion, if not regarding the politicians they themselves vote for, at least when it comes to their rivals. Given that such association of politics with lying is certainly something worth exploring, we will take it on ourselves to provide an answer as to why we usually hold such an image of politicians, trying to be as objective as possible (not favoring either right, left or center; nationalists or liberals).

Lies are actually fundamental to politics, which anyone who took at least freshman classes related to this subject in college is most likely aware of. If this sounds hard to believe, I would suggest taking a cue from Plato’s Republic (from around 380 BC), one of the first and most famous books on this topic. In this classic work of social sciences and humanities the author points up the importance of myths, as noble and necessary lies, binding on all the citizens, in maintaining the social order and wellbeing of the state. Looking through the prism of our age, this idea is probably more relevant today than it has been for the last thirty years – especially for the liberals. All over the world they are losing elections to the nationalists, whose myths, founded on history, tradition and thereby on national pride, are far more superior to their own. The latter have been exposed long ago as quasi-ideological mass media simulations serving only powerful neoliberal lobbies and people like Soros to promote their interests: the myth of America as the spreader of democracy being a glaring example.The power of myths which Plato refers to also points to another issue in the Republic – namely how the state, according to him, needs lies and secrets in order to be (well) governed at all. That is, his politicians-philosophers are taught the virtues of deception by their predecessors, all on behalf of a higher purpose they believe in.This is not so strange an idea, given how easy we can rationalize our actions, in our private as well as public lives, even with the full awareness of their impropriety. In this case, the politicians could justify themselves (as they indeed do, in Plato’s dialogue) by maintaining that a large part of the people must be kept in the dark, maybe because not everyone is intelligent enough to understand certain affairs, or has the necessary knowledge and education to deal with them accordingly. But it is still only about the means, while one should, above all, bear in mind what their purpose is – the one that liberal politicians and global financial elite actually strive for.

And the deepest secret these “liberal philosophers” of today are always ready to protect and lie for resides in the title of the Cabaret song: “Money Makes the World Go Round”; though it is hardly a secret anymore, given how poorly it is concealed (which is actually a perfect way of hiding – in the open, like the large letters on the map). It is rather something just barely spoken of in the official statements: to what degree money has an impact on every aspect of modern government and politics – not to mention the citizens’ lives. In other words, the ‘higher purpose’ of the said liberals and their patrons from the (international) corporate elite is nothing more than acquisition and accumulation of power and wealth – the oldest motive for lying in the book.

For instance, how many people are aware of the hidden facts about NATO, its real purpose and objectives? How many know that it has little or nothing to do with protection, at least not for a few decades, as much as it has with the economy – being seen by the US politicians as the main institutional link between them and Western Europe, capable to back up and maintain their hegemony? And since the Americans had to somehow justify the existence of such organization after the collapse of the Soviet Union and unexpected peaceful ending of the Cold War, the whole enterprise was accompanied by the most despicable “democratic” measures and interventions – the bombing of Serbia in 1999 being one of the deadliest.

As regards NATO and its shameless excuses, a lot more lies were at play, with equally deadly consequences – and not only when it comes to unwarranted air strikes. But to offer a less brutal example, let us take Angela Merkel and her policy on immigration to Germany. The entry and residence of all those people, whose influx reached its peak in 2015, were in fact allowed and authorized for economic reasons alone – given that, due to a decrease in natality, the effects of which would have been felt in the future, the country needed a larger workforce to sustain its economy. But instead of following the model of Hungary, whose government encourages child birth and family growth by granting incentives, subsidies and tax exemptions to its citizens, Merkel preferred to play host to thousands of immigrants, under the pretext of general “humanity” and German responsibility for the Holocaust – lasting for more than half a century. The hypocrisy of this ‘big talk’ couldn’t be more blatant and unconvincing – apart from being completely off the mark.

So, as these unfortunate affairs demonstrate, politicians are indeed coached to lie, and to see their lying as a necessity, just like Plato suggested in the Republic – although it seems that, in every other way, they strayed considerably from his lessons on ideal government. Be that as it may, we must in all fairness discriminate between two kinds of lies: the lies of the liberals, whose main goal is to secure their wealth and positions, and who carry out their projects at any cost, as true Machiavellians – and the ones of the populist nationalists, who apply “quick fixes” in attempt to save what they can from liberal “mistakes” (or, as they also call them, agendas), and, unlike the former, actually care about people. In other words, even if it is not unusual for the nationalists, too, to occasionally engage in some lies, it is always done for the sake of the country’s prosperity, in the best interest of the citizens, and with their wellbeing in mind – precisely as Plato would have had it. Besides, it is not so unlike the way things are in our everyday lives, where everyone lies when they must, especially if being forced to – and where the only distinction between these lies is their reason: whether they are selfish or noble, driven by fear and ambition or by compassion and sympathy. We could bring up a well-known Kant’s (that is, Constant’s) example, from “On a Supposed Right to Lie because of Philanthropic Concerns”: if an innocent man were to hide in someone’s home, while another man knocks on the door with a knife wanting to kill him, most people would lie and say that the man is not there. And, although according to Kant’s rigorous ethics there could be no excuse for violating absolute moral prohibition against lying, even he cannot but admit that most (decent and virtuous) people would feel morally obligated to lie in order to save human life – that is, out of altruistic and philanthropic concerns.

In regard to our discussion, these are precisely the mentioned reasons worth consideration – the only ones that can justify lying in both private life and politics. And given that nationalist do not base their lies on ideological convictions, elite’s demands or personal gain, but on collective and practical needs in given circumstances – as opposed to liberals who, while dressing up their intrusive propaganda in “politically correct” platitudes, do not care how long their self-serving lies will keep on bringing destruction, death and misery – it is not so hard to decide which side has more license to lie, if necessary.

Spaso Dragić (born 1992) is a Swedish philanthropist and political activist of Serbian origin, who runs the YouTube channel INAT (youtube.com/user/yugocast)

American politicians are, with few exceptions, snake oil salesmen. Oh, and the ladies too.

Well propaganda is as old as we are…

The CIA “mockingbird” operation was 99% effective.

Unfortunately the players have become self deluded. 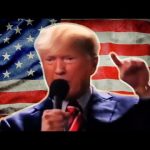 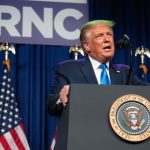