If you thought Lori Lightfoot was bad, you’ve yet to meet Raya Salter. She is an attorney, although you wouldn’t think so from her sparring with Congressman Clay Higgins. According to her website she is Ray Salter Esq. Didn’t the designation Esquire mean the person designated is a dude? She certainly doesn’t look like one, but you can never tell nowadays.

In July last year she testified to Congress about something called environmental justice. When she appeared this month she was subjected to questioning, and when leftists are asked reasonable questions they have no reasonable answers.

Let us be quite clear about this, the world does need to move away from oil and coal, at least as far as fuel is concerned. This is a problem that may not affect someone of her age but assuming World War III doesn’t start in the meantime, it has to be fixed. If you don’t think so, check out that famous Albert Bartlett lecture on population and energy.

Those with long memories will also recall the Deepwater Horizon catastrophe, which could have been even more catastrophic, so yes, drilling for oil in the sea is something that definitely needs to be reconsidered. But we cannot simply shut down all petrochemicals now, as Congressman Higgins tried to explain to her. Here is their interchange.

Search your heart, she says, because the petrochemical industry is killing “black people” throughout Louisiana.

Louisiana is quite sparsely populated, and according to the 2020 census just under a third of its population is black, which begs an obvious question, are whites immune to the same industrial maladies that kill blacks? Is air pollution racist? What about lung cancer?

If Miss Salter was angry, so was Alexandria Ocasio-Cortez who said that men who treat women like that in public: “I fear how they treat them in private”.

This isn’t the way men treat women, this is the way rational people treat idiots.

When Joe Biden took office, one of the very first things he did was to shut down the Keystone XL pipeline. And, surprise, surprise, America is now short of energy. So what did he do next? He went crawling to the Saudis who rightly told him to pound sand. So now America is importing energy. And what is happening elsewhere in the world? India and especially China are expanding their use of fossil fuels. Who can blame them? All Biden and this absurd climate lobby are doing is trashing the economy. Under Trump, America wasn’t simply self-sufficient, it was an exporter of energy. And the quality of the air was improving.

The energy industry needs to make profits, big profits, if it is to develop clean, renewable technologies. As Congressman Higgins pointed out, if America were to shut it down tomorrow, people would die. How would they heat their homes? How would planes fly without the oil industry? And what about plastics? In short, America would go down the tubes (even faster than it is now) and the rest of the world would go on.

Yes, there are things that can be done to reduce the consumption of oil, gas and coal. Reducing the use of cars is one thing; people working from home can contribute to that, as can improved public transport in the cities, but America is so spread out that a significant percentage of the population is dependent on cars. These are problems that will take time, investment, and thought to solve. That does not include simply shutting down the oil industry, even after searching our hearts.

The “Albert Bartlett Lecture” embedded in the text leads to an article about the lecture, but I was expecting it to take me to the lecture itself. Somewhat annoying. 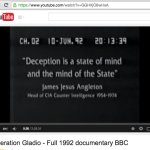 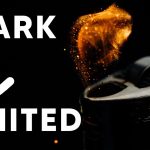