US, UK, Canada, Australia, Switzerland and Singapore Will Let New-Variant Vaccines Onto the Market Without Safety or Efficacy Testing

On March 4 and 5, Canada, the United Kingdom, Australia, Switzerland and Singapore released identical guidelines for fast-tracking release onto the market of vaccines for the new variants.

The countries issued the recommendations under the banner of the ‘ACCESS Consortium.’ ACCESS is an acronym based on the first letters of the five countries’ names.

A few days earlier, on February 22, the US Food and Drug Administration (FDA) released a similar set of recommendations. They allow Emergency Use Authorizations (EUAs) for “investigational” vaccines for new variants, letting them be used on the general public without first showing evidence of safety or effectiveness.

The recommendations all state that companies don’t need to conduct new clinical trials before putting the new-variant vaccines onto the market and potentially into millions of people’s arms. Requiring new trials, the ACCESS document asserts, would cause “considerable delay” and “bears the risk that the virus is evolving even further, potentially making a new vaccine version outdated at the time of approval again.”

Instead, the safety record of the currently used Covid vaccines can be used to judge the safety of the new ones, the countries’ regulatory agencies declare.

And they claim that the currently used vaccines are safe and effective: “[T]here is considerable safety experience accumulating as the pandemic progresses and vaccines are rolled out, and [in any case] efficacy has been established for the initial vaccine candidate [i.e., the original Covid vaccines] via large clinical Phase 3 studies,” the ACCESS document states.

This is despite the fact that many observers have documented significant safety problems associated with the Covid vaccines, including high death rates.

That helps explain why public-health officials and politicians around the world are bending over backwards to assert that Covid vaccines are very safe and effective. This gives the green light for all future forms of these vaccines to be used without safety testing.

(The regulatory authorities also say these new guidelines can only be used for vaccines that are modifications of the Covid vaccines already in use. But there’s enough wiggle room in the new recommendations that I believe they also will be used for new entrants into the Covid-vaccine race.)

Rather than full clinical trials, only a small amount of data needs to be put together by the manufacturers prior to seeking an EUA. Then after the EUA is granted further data can then be gathered from people in the general population who are given the vaccines.

This approach apparently is modeled on the approval of new flu vaccines every year. The flu-vaccine regulations were in turn, “developed based on ample experience gained through years of seasonal vaccinations, and the 2009 H1N1 pandemic,” the ACCESS guidelines state.

The latter claim is particularly alarming. The H1N1 swine-flu ‘pandemic’ never materialized. Hundreds of people were needlessly severely injured by the main vaccine for it, GlaxoSmithKline’s Pandemrix. Furthermore, Glaxo was not required to compensate victims; instead, the UK government paid tens of millions of pounds to people who were brain injured by Pandemrix.

The ACCESS and US FDA recommendations only require that companies measure the level of antibodies that people produce when they are given the vaccine. The regulatory agencies will accept this as a proxy for effectiveness.

The ACCESS document states that “the correlations of antibody titres [levels] to effectiveness is not established.” They therefore suggest that the World Health Organization (WHO) create an “International Standard and Reference Panel for anti-SARS-CoV-2 antibody as use of standardized reference material” for all such antibody-level tests.

Such antibody testing is conducted by measuring whether a quantity of virus or other protein-containing substance are or aren’t all bound by antibodies in a person’s blood sample. This method has been used for years.

Therefore this is a fatally flawed approach to determining whether vaccines are effective in any way.

There is a field of other red flags in these new recommendations. For example:

In addition, the document states that the “FDA strongly recommends that individual monoclonal antibody products be developed with the expectation that they will be combined with one or more monoclonal antibody products that bind to different epitopes [very short protein segments] to minimize the risk of losing activity against emergency variants.”

However, as I indicated in my ‘The Antibody Deception’ video and article, there’s no proof that antibodies, whether used singly or in combination with others, are effective against Covid, whether the ‘original’ virus or variants.

This all seems designed to allow new vaccines and monoclonal antibodies for the new variants onto the market with very little regulatory oversight.

No crap, no propaganda, no porky tales, no frills or bells and whistles, no circus 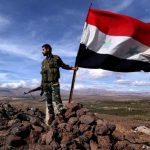