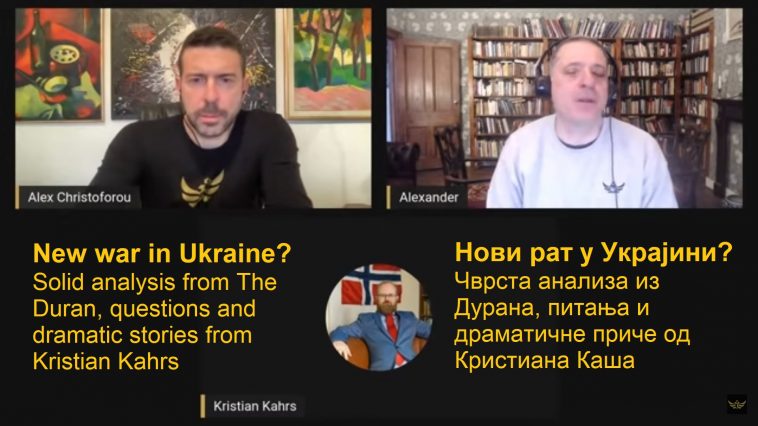 Many are worried about the possibility of a new war in Ukraine. I do not think that would happen. If the Ukrainians provoke a new war, Ukraine, as we know it today, would disappear. Russia was strong in 2014, but they have drastically improved their military capabilities in these seven years. The Russians would have no intentions of occupying Ukrainian territory west of Donbass, but the Ukrainian military would suffer a devastating defeat. I do not believe the Kiev government is suicidal.

On Fridays, the Duran has a live show where they open up for guests to join them, and last Friday, I was able to join them. Click here to start watching when I came in, but for those interested in Ukraine, you should listen to the entire three-hour broadcast.

Alex also published a 12-minute video with just our conversation:

Here I could tell the story about my friend Sergey Belous, a Russian journalist from Kharkov who was kidnapped by the Kiev government in August. When I heard about Sergey’s kidnapping, I left everything I was doing, and I started a petition to release Sergey. And I contacted a lot of people and organizations: the Ukrainian embassy in Norway, the Royal Norwegian Embassy in Kiev, Human Rights Watch, the Committee to Protect Journalists, the International Federation of Journalists, and the Norwegian and Ukrainian union of journalists.

I also called the US embassy in Kiev to inform them that their allies kidnapped journalists, but the most useful was maybe some of my connections in Washington D.C. who put pressure on the Kiev government. Sergey was released after a week, in his underwear. Ukrainians had stolen all his belongings, including the video camera he borrowed from me. Read more in the article and video interview Sergey, the complete story.

In September 2014, I also wrote a comprehensive analysis about the causes for the war in Ukraine, Ukrainian chronicles, also available in Serbian. Thank you very much to Ljiljana Jovanović for her excellent translation.

In my analysis, you can read about the tremendous pressure from the European Union and how the United States actually facilitated a coup d’état. Today, seven years later, my analysis is still good. Please pray that sensible forces will prevail and that the Kiev government does not do anything stupid.

Many Kudos to Kahrs.

War in the Ukraine? I hear the American Girl Scouts are itching for a fight. If that isn’t enough, the Camp Fire Girls are offering their full support.

The Russians need to watch their step.

They’ll scare the Russkies into capitulation with those SS death’s head badges. 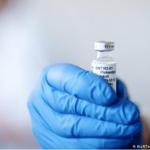