NewsGuard – the neocon-backed browser extension claiming to be the latest arbiter of “fake news,” has some interesting forces behind it. 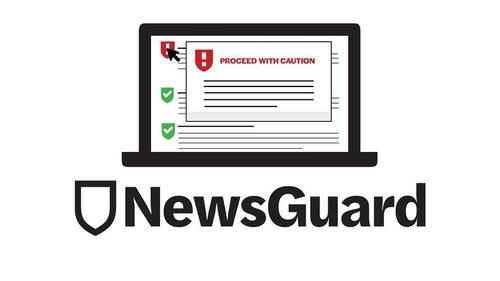 Included automatically with the mobile version of Microsoft’s edge browser, NewsGuard has recently come under fire for giving a “red” rating to a number of conservative news outlets, while giving a “green” rating to several sites notorious for uncorrected falsehoods.

Reporting extensively on this topic, Breitbart‘s Allum Bokhari and John Nolte have catalogued NewsGuard’s neocon-packed board, its promotion by Fox News and the plugin’s selective and rampant bias. Now – Bokhari reports that NewsGuard is linked to a Paris-based advertising multinational that has made millions of dollars whitewashing Saudi Arabia’s image following the 9/11 attacks.

So @NewsGuardRating claims it wants to restore "trust and accountability" to the media.

Meanwhile, one of its top investors owns a subsidiary that spun positive media coverage for Saudi Arabia's war in Yemen.

Navigate to Newsguard’s website and you’ll be greeted with a slogan that proudly proclaims “restoring trust and accountability.”

Yet do a little digging on that same website, and you’ll discover that Newsguard’s third-largest investor is Publicis Groupe, a Paris-based advertising multinationalwhose subsidiaries include a vast range of P.R. firms whose sole purpose is to spin the news and influence the public on behalf of corporate clients.

Among these P.R. firms is Qorvis Group, a Washington, D.C.-based outfit whose clients include Saudi Arabia and the Kingdom of Bahrain. The firm has represented Saudi Arabia since the aftermath of the September 11 attacks when the Sharia-run country was desperate to protect its image amidst revelations that 15 of the 19 attacking terrorists were Saudi nationals.

The Saudis were serious about too: in a seven-month period between March and September 2002, the Royal Embassy of Saudi Arabia spent an eye-popping $14.7 million on Qorvis’ services. –Breitbart

Qorvis was raided by the FBI in 2004 “in conjunction with an ongoing investigation,” which the company said was simply a “compliance inquiry” under the Foreign Agents Registration Act (FARA). Meanwhile, in 2011 over 1/3 of Qorvis’s partners quit – in part due to the firm’s controversial work for foreign governments according to Slate, citing a former employee.

After the Sept. 11 terrorist attacks in 2001, Qorvis/MSLGroup began defending Saudi Arabia against claims that the country was soft on terrorism. The work led three founding partners to quit over discomfort in representing the Gulf nation. Two years later, the FBI searched the firm’s offices for information about its work for Saudi Arabia in connection with an investigation into compliance with foreign lobbying regulations. (No charges were filed.)

In 2011, more than a third of the firm’s partners quit. The firm’s work for foreign governments was at least partially responsible for some of the departures that year, said a former Qorvis/MSLGroup employee who did not want to be named. Saudi Arabia, the firm’s biggest foreign client, has spent $46 million in total on contracts to improve its image in the United States over the past five years. It is the top spender on representation among countries with poor human rights records. This year, it hired five firms. –Slate

And what did Qorvis do for the Saudis? According to Mother Jones, “Qorvis launched a TV campaign with ads on political talk shows featuring a procession of Saudi royals appearing alongside U.S. presidents, to highlight Riyadh as a close ally,” while running TV spots in 15 US cities touting the “shared values” of the United States and Saudi Arabia.

The media blitz went beyond TV – as Saudi royals embarked on PR junkets on major media outlets while Qorvis broadcast advertisements promoting the 9/11 Commission finding that there was “no evidence that the Saudi government as an institution or senior Saudi officials individually funded [Al Qaeda].” Of course, said advertising failed to mention the report’s conclusion that “Saudi Arabia has been a problematic ally in combating Islamic extremism.”

The P.R. campaign worked — despite former senators who served on the 9/11 commission now claiming significant links between the 9/11 attackers and Saudi Arabia, media attention (following the lead of the Bush Administration) in the aftermath of 9/11 instead shifted to Saddam Hussein’s regime in Iraq. We all know how that ended.

Qorvis continues to represent Saudi Arabia, and more recently promoted its brutal war in Yemen, which has featured numerous alleged human rights violations, including the use of cluster bombs to attack civilian locations. The Trump administration has stubbornly supported the Saudi intervention in Yemen, but bipartisan majorities in both the Senateand House have both resolved that the U.S. support lacks congressional authorization. –Breitbart

And hey, Saudi Arabia – which executed cleric Sheikh Nimr after he called for free elections, and sentenced a blogger to 1,000 lashes for writing about free speech – is on the UN’s Human Rights Council, perhaps thanks tro Qorvis’ PR boost.

NewsGuard co-founder Steven Brill told Breitbart that their association with Quorvis’ parent company would undermine public trust in the project.

“Publicis has nothing to do with the content or operations of NewsGuard and has a small stake in the company,” Brill commented. “Gordon [Crovitz] and I have the controlling interest.”