All high-ranking Nazi officers captured at the end or near the end of WW2 (Hess was ahead of his time – 1941!) believed they would be respected and/or employed by the Americans and British, in a continued ideological struggle versus Moscow after 1945.  Some SS men were hired by the security state, for example Reinhard Gehlen (actually Wehrmacht military intelligence, Ost) , and his cronies after the war.

But well-known Nazi leaders such as Himmler and Goering were either too well known to be employed in the ideological struggle versus the USSR after 1945, or were operationally useless.  Goering was after all a drug addict.  And note that Himmler’s end was quite interesting… far more so than his wikipedia page entry represents.

Bormann simply disappeared with his voluminous writing and documentation on a New Europe, with his comprehensive plans for how the 3rd Reich would become the 4th.  Bormann knew that the war was lost after Stalingrad, but as the 1944 Red House Report documents, his plans for the monopolization, cartelization, and domination of industry and a new Reich (grouping) of Corporate nation states (opposed to Russia and the East) are legend.  Whether Bormann was killed at the end of the war is something of an irrelevance, considering that his plan for a New Europe survived and eventually thrived.

The point being that very few German Nazi’s at the end of the war – including Doenitz – believed that the Nazi ideological struggle versus the east would ever end, or that the 3rd Reich would end, even upon the Wehrmacht’s surrender.*   The further point is a direct analogy to US officialdom today: no senior Obama holdover in US State, the White House  (or anywhere else) believes that the United States has lost – or is about to lose – its unipolar moment.

The manner in which Blinken, Sullivan, Sherman, Nuland et al – at US State – have deluded themselves that the United States can maintain its global hegemonic, after engaging in the heinous acts the US has engaged in since 1950, is quite extraordinary and reminiscent of Goering and the others. (Recall Sergey Glazyev’s statement about the 2014 Ukraine coup, that the “Nazi’s are to be found in Washington”.   Link: https://nationalinterest.org/commentary/interview-sergey-glazyev-10106 )

That the US has further sacrificed the Ukraine on the altar of global hegemony in aid of such perpetual hegemonic delusion – and continues to do so –  bears out Glazyev’s rhetoric, and is more than extraordinary. Apparently the Baltics, Poland, and Hungary cannot see the WW3 potential regarding this US Nazi-like delusion, which is quite dangerous…  especially considering the war and destruction experienced by those states as a matter of history.

Meanwhile the war hawks in Washington continue to strut their demagogue stuff while braying for a wider war vs Russia over the Ukraine, via a compliant western media that even Joseph Goebbels could have never imagined.  In its usual unique way, by invoking war with Russia over the Ukraine (since 2014 and in fact long before that) Washington has de facto declared World War 3 to be in progress. Most thought WW3 would be nuclear, but it likely will not be** and ironically World War 3 is actually about the end of the PNAC moment, where the US will no longer bully the world with its hypocrisy, hubris, and weaponization of the monetary system.   But even when the Unipolar moment is over, Washington’s Axis of Evil — a militarist pax Americana supported by its Perfidious Albion — can always threaten World War 4, still.

*The Wehrmacht did formally surrender, but no Nazi official of any rank or standing ever did surrender at either Reims (allies) or Berlin (USSR)  in 1945

**Even the contractors,  imperial lackeys and sycophants who litter the Beltway’s interior are not that stupid

The ideology fascism is a relay race for many hundreds of years….
The relay is passed on to another country… to work towards world domination….
They will not stop, where does the relay go from the US to?

Let’s hope it will go over the cliff along with the US, and there will be room for a calmer, safer and saner world to start rebuilding society based on peace, values and justice for all.

This article is a Red herring, for those who received their WW2 and Cold War education from Hollywood! I have noticed a plethora of Political Pundits and so called Journalists (Patrick Henningsen from 21st Century Wire been a prime example), pushing this crass narrative, lately. Nazi, Nazi, Nazi, Nazi………..ad nauseam.  The National Socialist German Workers’ Party (NSDAP), went extinct in 1945, and the term “Nazi” is a political epithet and a pejorative term, that was invented by a Jewish Social Democratic Party Journalist, named Konrad Heiden (1901-1966). If the headline was true ‘Nazis are Found in Washington’, then they would… Read more »

Thank you Crass for that enlightening information of the history of the Underhanded goings on since WW2 . I`ve read bits and pieces over the decades , but your narrative puts it all in the one chapter , to which I thank you .

The Nazis are in the City of London. The US is only a junior partner. Hence, the interesting use of the phrase, “Perfidious Albion.” As Cecil Rhodes posited in 1905, the US is being press-ganged into London’s ancient wars as its “Dumb Giant” and reabsorbed into the British Empire, as exhibited by the British elites’ obsessive Russophobia. We are now one of the Commonwealth “Five Eyes.” along with Canada, Australia, New Zealand, and UK. FDR knew them as the “economic royalists” that should have left the US for Canada after the Revolutionary War. We know them today as the Anglo-American… Read more » 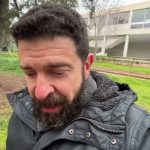 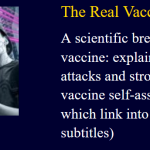